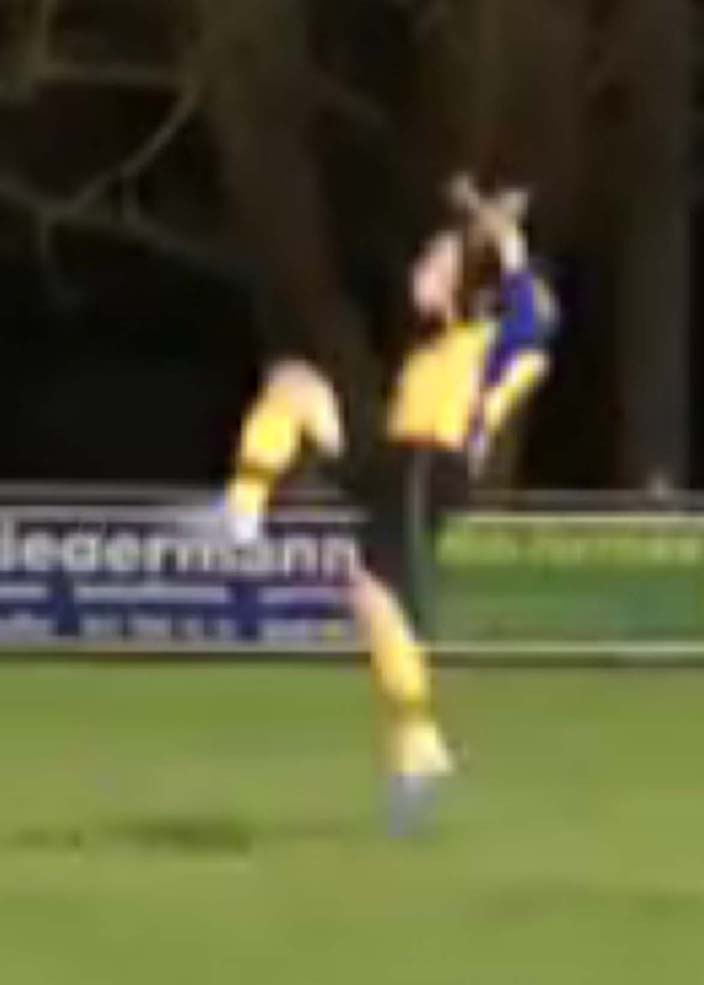 FOOTBALL authorities have been cracking down lately on unusual run ups for penalties, so what they would make of Joonas Jokinen’s audacious follow through is a mystery.

The Finnish U16 international somersaults through the air after striking the ball past the hapless keeper – in what is being billed as the cheekiest penalty ever taken.

Playing for FC Baar in a derby against local rivals FC Sempach Jokinen pulls off the stunt – seeming to celebrate the goal before the ball hits the net.

While most would be tense taking a penalty with a derby poised at 0-0 Joonas showed no fear in executing what is obviously a well rehearsed routine in a match that Baar went on to with 3-0.

Wearing 35 Joonas is mobbed by his team mates after the extraordinary penalty flies into the goal leading to wild celebrations from the small crowd.

He scores the audacious without suffering the fate of Leicester’s Jann Kermorgant, who lost his side a Championship play-off semi final last season attempting an audacious chip in a penalty shoot-out.

While Kermorgant’s fate was to be the subject of internet ridicule Joonas has become an internet sensation with the video spreading across hundreds of video websites.

Arsenal also suffered ridicule in 2006 when Robert pires attempted to tap the ball to Thierry Henry from a penalty, only to nudge the ball forward, leaving him helplessly watching as opposition players were able to clear the ball.

One person on video sharing site youtube commented: “Nice effort tbh, but could he do it on a wet and windy Tuesday night in Stoke?”

Another compared Jokinen to Manchester United star Nani: “Oh my god, how did he do that? It’s like nani taking a penalty and doing his celebration all in one.”

“Sometimes you’ve just gotta bow down and admit that us mere mortals will never be as good as this,” added one admirer.