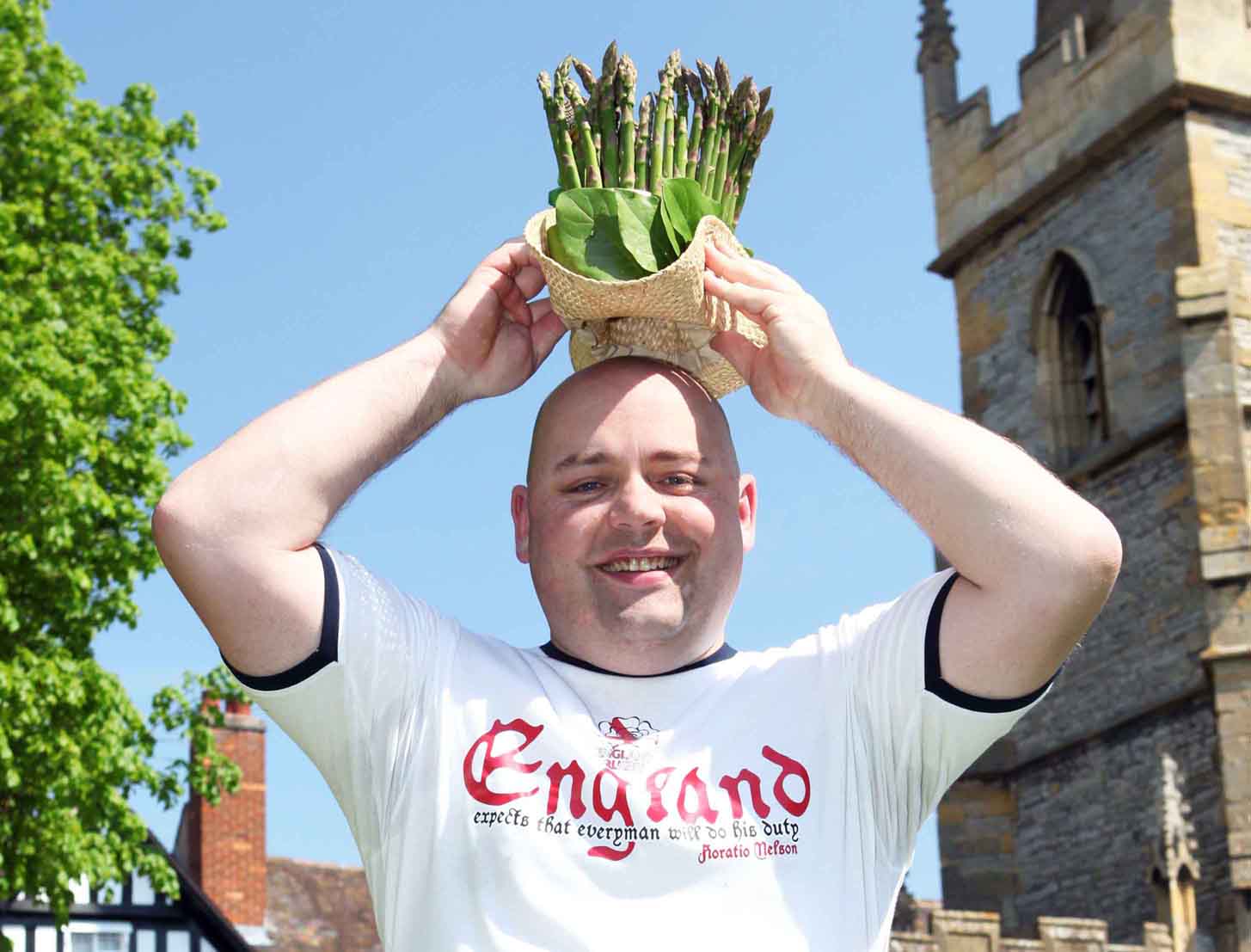 April 23rd sees the launch of the British Asparagus Festival which, as well as being St George’s Day and Easter Saturday, is also the official start of the asparagus season when the first spears are traditionally harvested.

Bigger than ever for 2011, celebrations, supported by Destination Worcestershire, will last the entire day and, as always, look set to capture the essence of true British eccentricity. The highlight will be the Great British Asparagus Run – this year, the season’s first round of asparagus will be taken by a convoy of Morgan Cars to a top secret location to be revealed on the day.

The Festival is also reviving the old tradition of crowning the Asparagus King. This involves men painting their legs green and standing behind a screen with only their legs on show. The winner, chosen by the roar of the crowd, is the man whose legs most resemble spears of asparagus, he will then be crowned the Asparagus King and wear the prestigious Gras Crown!

The 23rd April also sees an assortment of English goings-on including a village fete feel to the entire centre of Evesham. As well as scores of asparagus-themed stalls, there will be free tastings of asparagus sausages, pasties, scones, jams and cakes by a host of producers.

Antique Roadshow host, Henry Sandon, will be bringing a special asparagus-themed version of the programme to the event.

A choir will perform the asparagus ode penned by Archer’s Trevor Harrison which has now been set to music throughout Harvington’s Asparagus festivities in May whilst Trevor himself will be getting proceedings on the 23rd underway in his own inimitable style.

The unique talents of local asparamancer, Jemima Packington, will once again, be put to the test and there will be displays of asparagus art and children’s trails – just some of the things on offer.