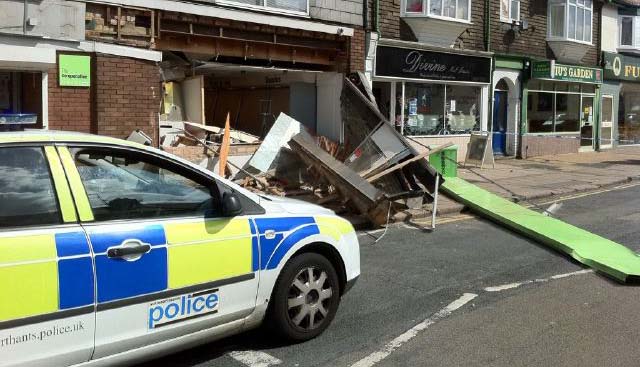 THIS is the scene of devastation left behind after a thief charged into a shop using a JCB  and pulled a cashpoint from the wall.

The incident happened at about 4.30am today/yesterday (THURS) at the Co-op Northampton.

A 33-year-old man has been arrested.

It is the latest in a long line of attacks on the shop which has become notorious for being one of the most vulnerable stores in Northampton.

The JCB used in the attack was found yards from the store on the drive of a nearby resident.