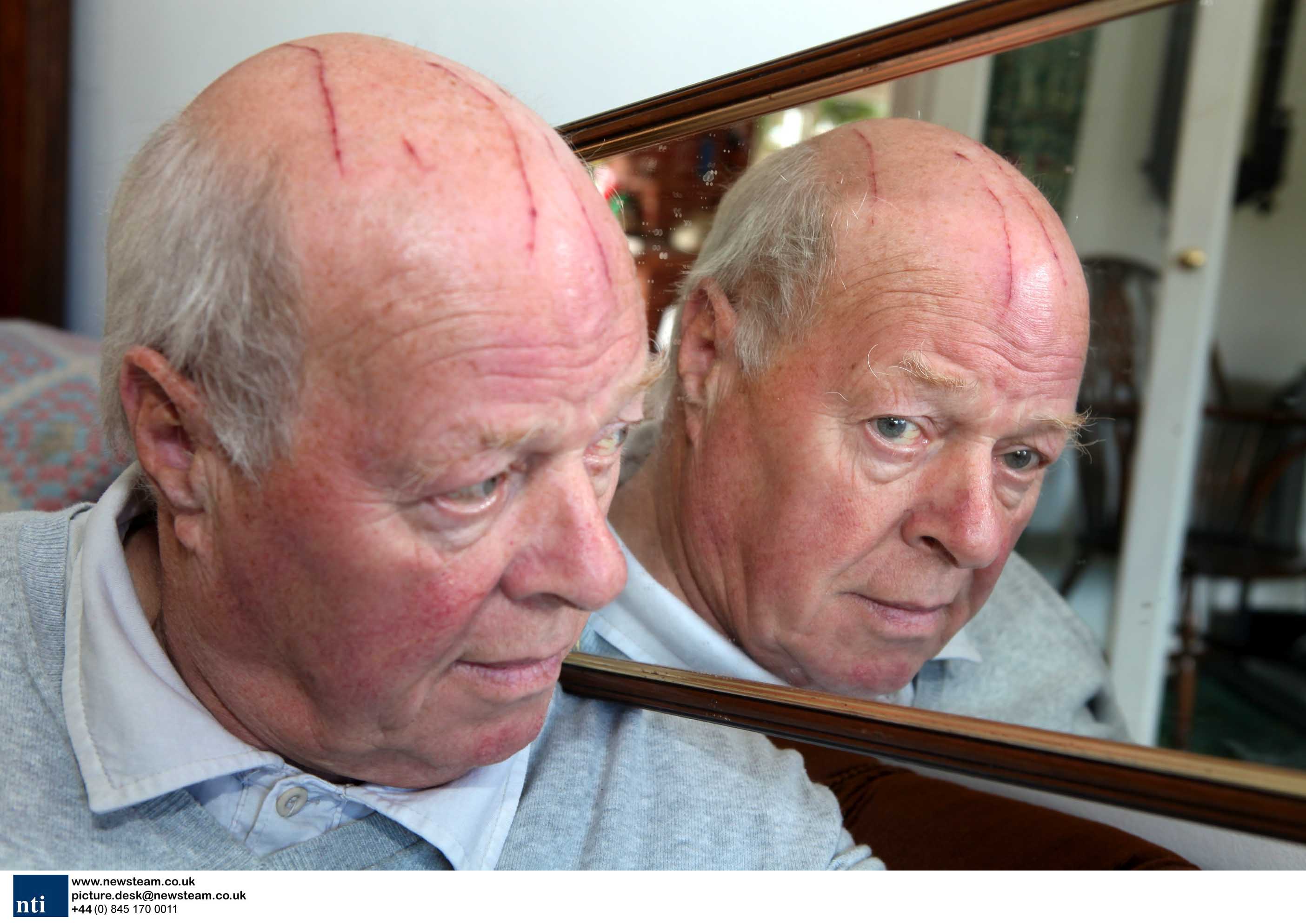 A PENSIONER was left pouring with blood after a terrifying buzzard attack left him with  deep claw scratches to his head.

Nick George, 71, was left badly injured after being swooped on by the bird while he walked in the Cotswold countryside.

Experts have said such incidents were rare, but was usually the behaviour of a parent protecting its young.
Mr George had been planning a route for the Tewkesbury University of the Third Age walking group when he spotted the buzzard being “mobbed” by a group of crows.
“I thought I’d been hit on the head with a stick or a brick and I staggered forward with my walking poles which luckily kept me on my feet,” said Mr George.

“I looked up and could see the buzzard flying away, then the blood started coming down over my eyes and down my face.”
He was treated for four deep scratch wounds at Tewkesbury Hospital.
“I’ve seen lots of buzzards in the past and they, but I’ve never ever been attacked by anything. Quite a shock it was when it happened,” Mr George said.
Mark Palmer, falconry expert at the International Centre for Birds of Prey in Newent, Gloucestershire, said he had heard of isolated incidents in the UK, but that they were very rare.
“June is the month when young buzzards will be leaving their nests and trying to find their way in the world and some of them might not be that good at flying, so they may land on the ground or a low branch,” he said.

“Like any good parent, the buzzard is going to do its best to protect [its young] it if it feels they are threatened.”