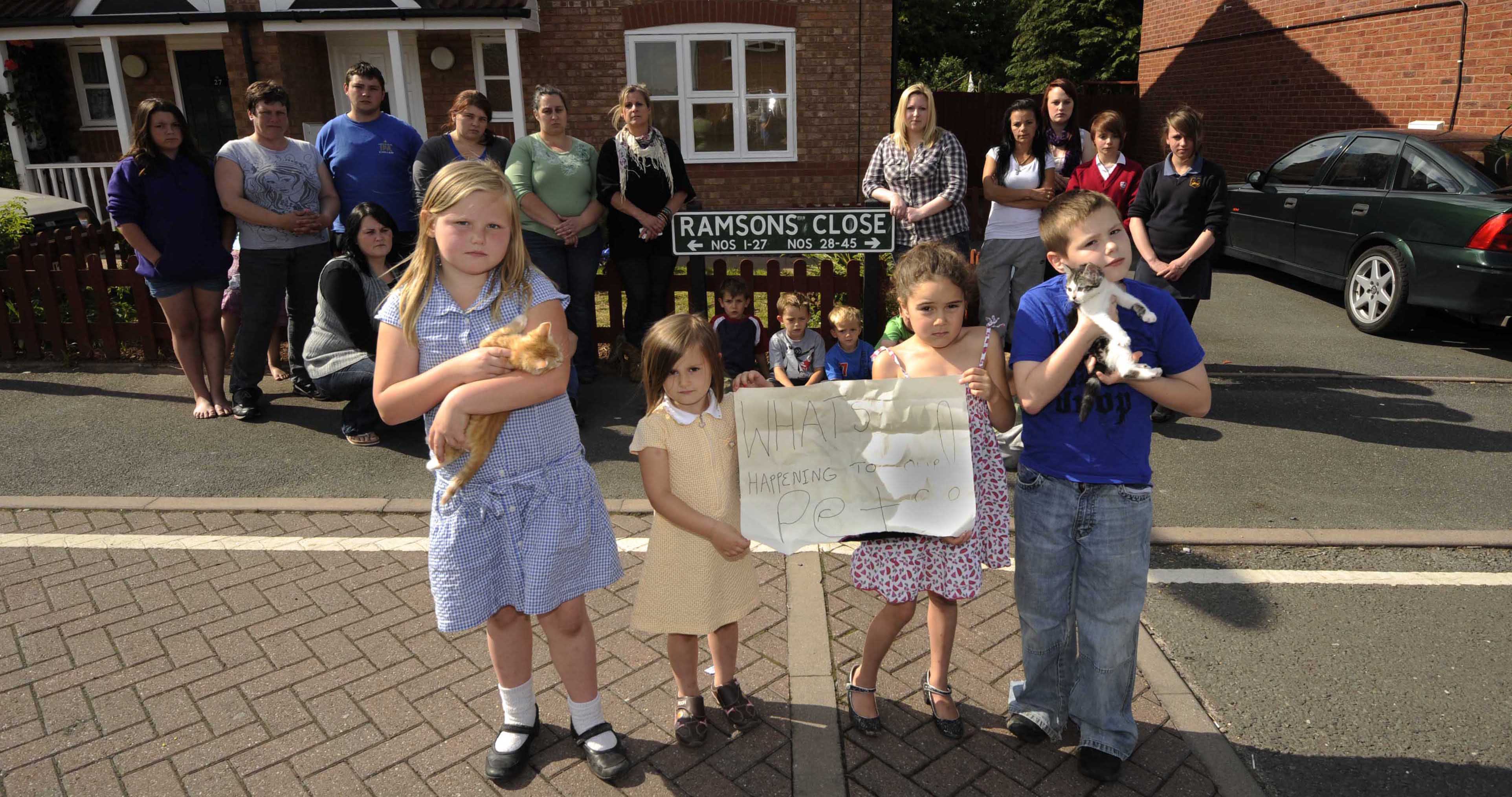 POISONED pets have flooded veterinary centres as more than 15 cats and a dog from neighbouring streets died from ingesting antifreeze.

Distraught pet owners are searching for a crooked culprit they suspect has systematically poisoned their beloved furballs.

Two vets confirmed that 15 cats  and one dog from Ramsons Walk and Maybank in Malvern, Worcestershire have died after ingesting the toxic substance.
The unusually high numbers have residents fearing there’s a disgruntled neighbour targeting their pets.

Jon Slattery, of Best Friends Vets, said he has treated four cats suffering from the poisoning, but none survived.
“I was forced to put two young and otherwise healthy cats down with children

“All of the cases are centred around two roads so we believe, unfortunately, it is malicious,” he said.
“I have been in the area for four years and this is far worse than I have ever seen it.
“I’ve worked in a busy emergency centre in London and even there I had never seen this many cases in such a short period of time.

“Antifreeze is a sweet substance that animals are attracted to.
“Cats either drink it if there are puddles of it, or they pick it up on their feet and ingest it while grooming.

“But we usually see this poisoning in the autumn, when car owners refill their radiators.”
Antifreeze poisoning acts quickly and if animals are not treated immediately their chance of survival is slim.

Often by the time the symptoms such as vomiting and convulsions appear, the condition is too far advanced to be treated.
Cat owner Shani Stocker lost two cats in just two days. She found her family’s one-year-old cat Boris on Monday morning not moving but conscious and took him to White House Vets where the animal was diagnosed with antifreeze poisoning.

The next day, six-year-old Bubbles was sick and was taken to the vets.
The poisoning was also diagnosed in her but was too far advanced to be treated, and both cats had to be put down.
Mr Slattery confirmed that a local stream was tested for the pollutant, but said he was skeptical as any substance in a stream would be highly diluted and less toxic.

He said: “We spoke to car yards nearby but they are adamant that they have been very careful when disposing of any antifreeze.”

The RSPCA also confirmed they have animal welfare officers investigating the situation.