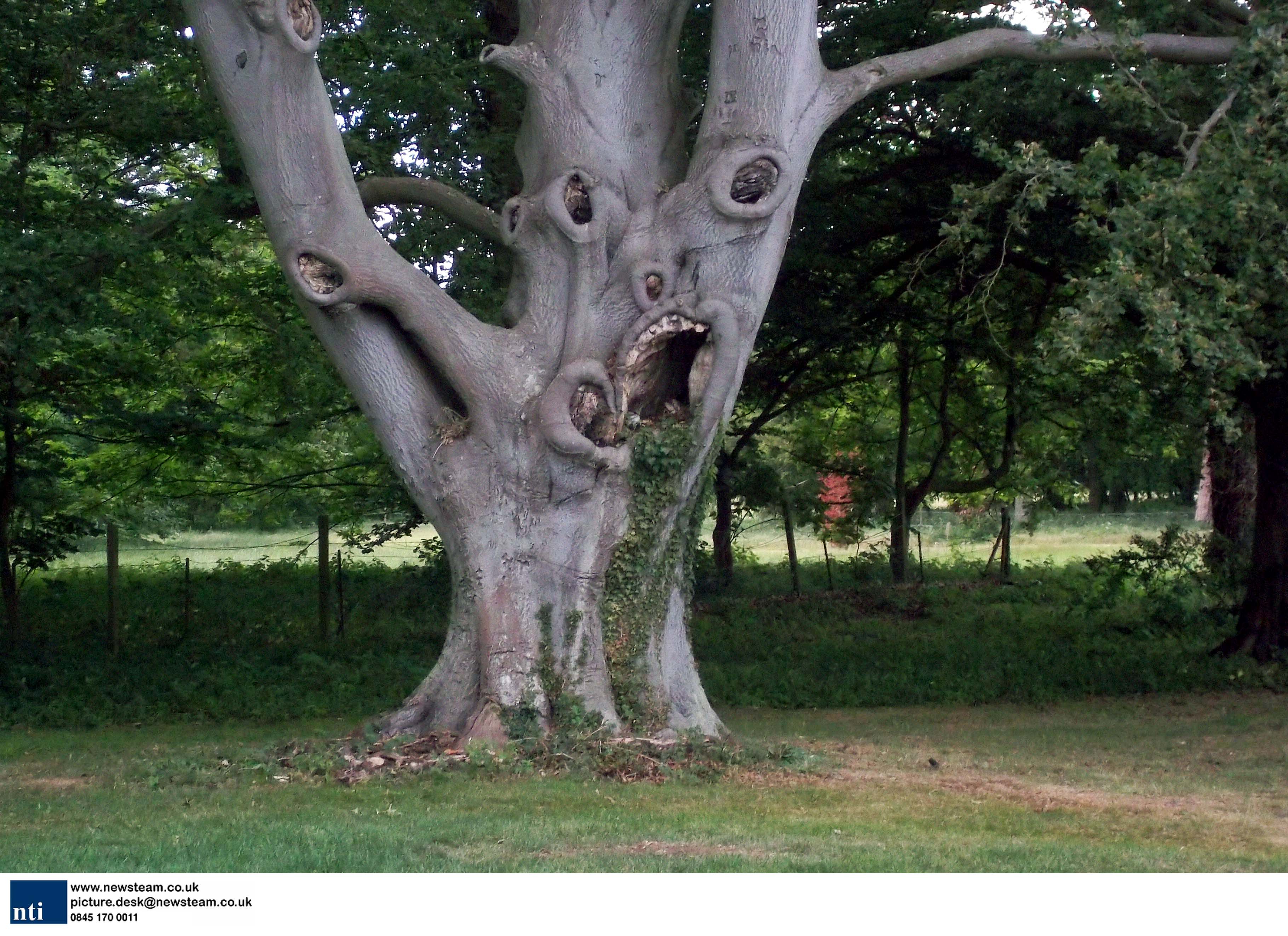 COULD this be the only tree in Britain that children will be too scared to climb this weekend?

With its haunting beady eyes, twisted snout and crooked teeth, this tree has been dubbed one of most terrifying in the country as it appears to dribble slime from its gaping mouth.

Located in the grounds of Stowlangtoft Hall, the 70ft tall beech looks reminiscent of the Whomping Willow tree in Harry Potter or an enchanted Disney forest.

It was spotted by David Garnham, from Bury St Edmunds, Suffolk, while he dropped his mother to work recently.

And he believes the bizarre tree – which also appears to have a twisted tongue forking from its mouth – looks like nature’s very own version of Edvard Munch’s classic Scream painting.

But the 49-year-old is thinking twice about donating a print of his photograph to the residential home where the tree is located – in case it scares pensioners to death.

Mr Garnham, a maintenance technician, said: “I was going to get it blown up to A3 and donate it to the residential home but you can just imagine one of the old ladies waking up and thinking ‘the Grim Reaper’s come for me’.

“It really does show nature’s true beauty and also says a lot about what the imagination can conjure up.

“Its a bit like the enchanted forest – where it moves towards you but stops when you look at it. I can’t imagine too many children wanting to go climbing up that tree.

“I’ve called the photo ‘Nature’s Scream’ because I think it does have an uncanny resemblance to Edvard Munch’s classic work.

“I’ve known about it for a while but when I was taking my mother to work the other day, I pulled over and took a photograph of it.

“In the light of the day it looks peculiar but it came out on the photograph even better – its like a gargoyle and really is twisted into an incredible form.”

Visitor to the nursing home, 40-year-old Jason Pallister, said: “If my kids saw that tree that wouldn’t sleep for a week – people round here are saying its got to be scariest tree in the country.”

Owner of the nursing home, John Catchpole, said: “It has been there many years but over time with branches coming off it has distorted into a striking image.

“We couldn’t open it up to the public though – but children visiting their grandparents can  go and play by it, if they’re brave enough.”

Stowlangtoft Hall was originally built for the Maitland Wilson Family in 1859 and was a regular haunt for King Edward VII during the late 1800s and early 1900’s.

In 1969 Stowlangtoft Hall was transformed into a nursing home.