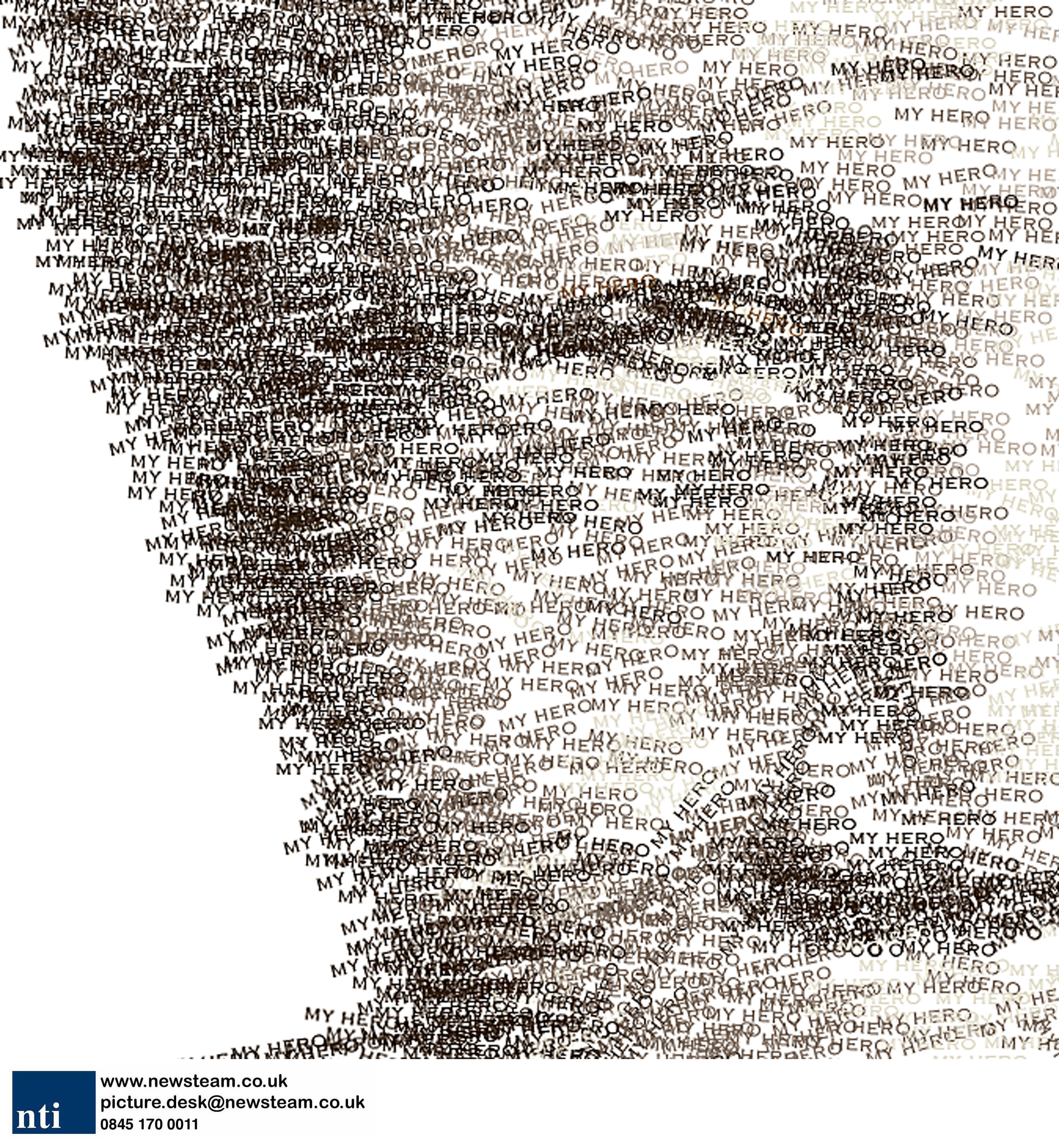 THEY say a picture paints a thousand words, but these extraordinary images show that quite the opposite can just as easily apply.

At first glance, they might look like accurate replicas of well-know pictures of famous people and iconic moments. 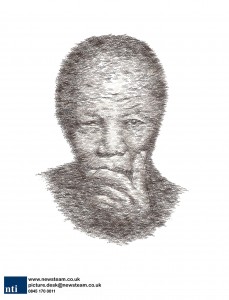 But look a little closer and it becomes clear that these amazing images,  created by Canadian artist Huy Lam, are actually entirely constructed from text.

Made up of words describing how the artist feels about the image, the word ‘genius’ is used in tiny font to create an image of Vincent Van Gogh, while former president of South Africa and apartheid activist Nelson Mandela is made of the words ‘My Hero’.

The pictures are created over many hours, and sometimes days, by Huy, who has to painstakingly place each word himself as he works.

“The details are created or placed one word or phrase at a time,”  said 40-year-old Huy.

“Using type to create images is not my idea. It has been done before but usually the type is much bigger than this.

“My images are created with 4 point type so its tiny and barely visible. The concept is about perception and how taking a closer look at something can change your perception.

“I digitally create custom brushes and ‘stamp’ the words manually creating layers on top of layers of type. 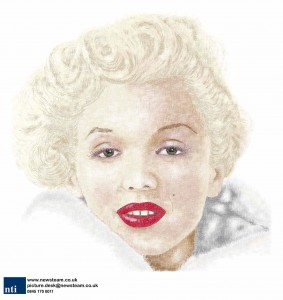 “I had an art show on the weekend and many passers-by thought the images were coloured pencil drawings but when I gave them a magnifying glass and told them to take a closer look, their expressions were of complete surprise.”

Professional photographer Huy, who moved to Canada when he was nine from his native Vietnam, says the art can take up to two-and-a-half days to create.

The images are available to buy from his blog, huylamart.blogspot.com, with prices ranging from USD35 for a smaller picture of the unknown student who confronted tanks in Tiananmen Square to USD175 for an image of Che Guevara.

“The most amount of time spent was on Marilyn Monroe which took 65 hours,” he added.

“The Van Gogh piece took about 45 hours and the rest of the larger pieces took about 35 to 40 hours. The smaller pieces like ‘unknown’ took about 10 hours.

“That Van Gogh piece is my favourite. I wanted to do something bright and colourful but also show my admiration for Van Gogh who was a genius to me. 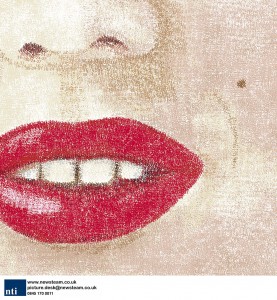 “I had to create 42 brushes to complete it because of the details. It was at The National Gallery in Ottawa where I saw Van Gogh’s iris series that I really appreciated his work and realised that he is truly a genius.”

Huy, who enjoys gardening in his spare time and even manufactured his own planters for a while, says he finds ideas for his work in all aspects of culture and politics and finding the correct phrase for a piece is the tricky part.

“Everything influences me, art, music, movies, pop culture but I am a bit of a junkie for geopolitics and current affairs,” he said.

“What I’ve found challenging in creating these images is actually coming up with the right word or phrase. I’d like it to be personal and witty if I can but it has to relate to the subject in one way or another.

“The phrase can’t be too long because it gets too difficult to create the details, just imagine drawing a curve detail with a straight line.

“I’d also really like to do a series of images of animals but I really have no idea as to which word or phrases to use.”