By Laura Moulden
Unemployment in the eurozone has hit an all-time high as November 2012 saw the total number of people out of work increase to 18.8m. 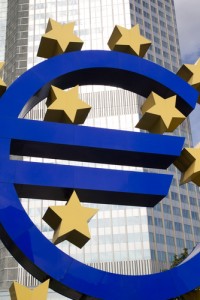 According to statistics published by Eurostat, unemployment has now reached 11.8% – up from 10.6% last year.  Figures for the wider European Union also look bleak in comparison to the same period last year, with rates up from 10% to 10.7% and just over 26m people unemployed.

A significant spike in youth unemployment also saw figures rise, with 24.4% of under 24s out of work in the eurozone and 23.7% in the EU.

Experts forecast that the downturn is unlikely to be diverted any time soon. Tom Rogers, a senior economic adviser to business services firm Ernst & Young, warned that problems are set to grow in the region.

“We expect the unemployment rate at the eurozone level to continue to rise from 11.8% in the latest figures to 12.5% by early 2014, as eurozone businesses and households remain wary, and governments continue to cut back,” he said.

The highest figures in both youth and general unemployment were recorded by Spain and Greece. Both southern European countries saw a surge in the number of people out of work during 2012 due to their respective economic struggles.

By comparison, the lowest rates were achieved by Luxembourg, Germany and Austria.

Financial experts predict that this north-south differential, which has vastly increased since the banking crisis, could risk creating a new divide across the continent.