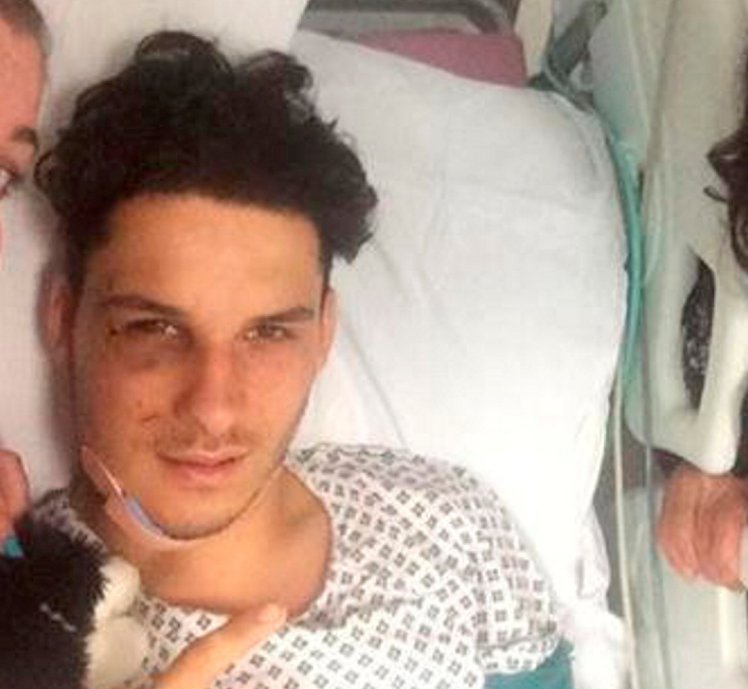 A teenager spared jail after killing his girlfriend in a high-speed car crash has heaped more agony on her family with a Facebook post saying ‘sh*t happens’.

Callous Mentesh Da Silva, 19, crashed his black Renault Clio into a tree, instantly killing 18-year-old Emily Laker, after a witness said he appeared to be racing.

He was given a suspended prison sentence just three weeks ago after his lawyer told a judge he felt ‘extreme remorse and regret’.

But Da Silva, who admitted causing Emily’s death by careless driving, has now posted a message saying: “It was an accident s**t happens.

“I know she’s happier where she is right now compared to being in Canterbury round all them s**t heads.”

Da Silva sent the message to a friend of Emily’s family and it was circulated on social media by Emily’s mum Julie Swinerd with the caption “disgusting human”.

The yob, who was injured in the crash, previously outraged the family by posting a selfie from his hospital bed telling friends he was “still going strong”.

Emily’s father Ross Laker said: “Emily’s death has left a huge hole in our lives and caused us unimaginable pain and distress, which has only been made worse by the actions and words of the man responsible.

“While the sentence he received was grossly lenient, it was a relief to know that the court case was over and we were able to try and rebuild our lives, but he has not allowed us to do that.

“To say it’s ‘only up and forward’ for him just hours after he was sentenced was a kick in the teeth, but to now learn he has reduced my daughter’s death to ‘s**t happens’ and to say she is better off dead is truly disgusting.

“He convinced the court he was remorseful, but these are not the words of a man who has any comprehension of the pain he has caused.

“He has his whole life ahead of him while Emily had hers cruelly taken away by his actions.

“All we want is for him to let us move on and stop talking about Emily. It’s the least our family and her many friends deserve.”

Da Silva, who also goes by the name Mentesh Mouherrem, killed Emily after leaving a house party and collecting her from a pub where she had been working.

One witness described his Clio as “looking like it was racing” and told a court: “The driver had put his foot down and had gone for it.”

He was driving down a country lane near Broad Oak, Kent, in poor conditions on August 30 when he lost control and crashed.

Emily, from Sturry, Kent, died at the scene while Da Silva, from nearby Teynham, was taken to hospital. A third passenger escaped with minor injuries.

Da Silva has not yet responded to a request for comment.