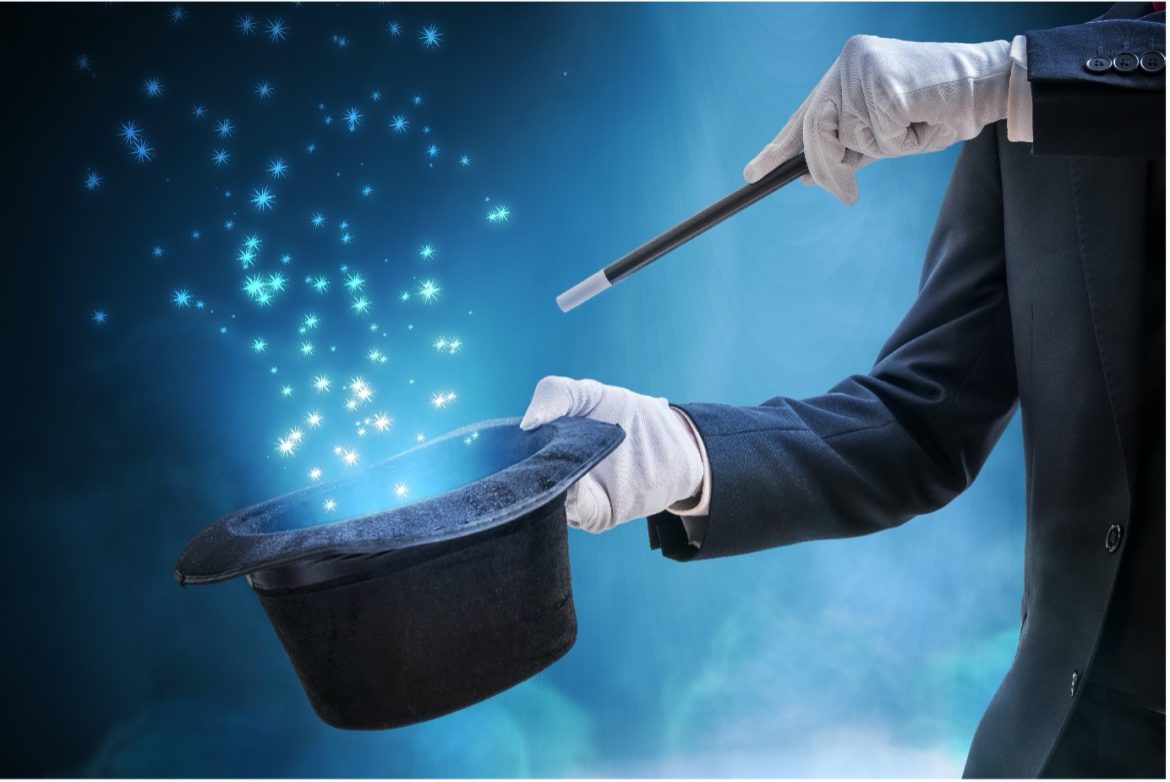 Who doesn’t love magic? Whether it’s a rabbit being pulled out of a hat or rolling in a mystery multiplier on a new slot game, there’s magic to be found everywhere! And, if you’re lucky enough to have a casino bonus waiting to be used on your gaming account, why not try out some of our top magic-filed slot recommendations.

If you want to perform the ultimate trick of potentially transforming one coin into two (or more) then read on.

Settle down for your taste of magic when you take these reels for a spin. With gameplay starting from just 0.10 credits, it doesn’t take a lot to get the magic started, with paylines paying out from both left to right, and right to left. From here, your symbols can be upgraded as well as benefiting from expanding wild respins later on in the game.

The style of the game is fairly simple, emulating that of the classic fruit machine slot that we all know and love. To go alongside this visual, you’ll also find a red lucky 7 symbol within the slot, posing as a throwback to those retro games that began the phenomenon. In terms of the other symbols in this game, there’s a whole host of colourful icons that you’ll be eager to discover, including four standard playing cards which represent the lower value symbols in this game.

Next, you’ll find a selection of the magician’s accessories, including a shiny black top hat, doves and mind-bending spiritual globes. Roll in the image of the female magician and you’ll be able to expand reels two and five, as this symbol acts as the game’s wild. You’ll also be able to replace other symbols on the reels, allowing you to craft even more winning combinations. The wild will expand the reels and with that, swap a lower value symbol for a higher paying one – the more wilds you find, the more swaps you can make.

Here we have another retro gaming inspired slot, this time taking inspiration from Japanese anime and arcade games. Set across five reels and 20 paylines, this game offers out the chance to win up to 500x your first wager. You’ll find the reels set within an arcade machine, transporting you to a world filled with possibilities.

To get the reels spinning, you’ll need to place a minimum bet of 0.01, before you can unlock a whole host of neon symbols. As well as these standard icons, there’s an extra layer of mystery symbols to look out for in this game. These mystery symbols act much like the wild in any other game, transforming into any other icon on the reels apart from the scatter, creating even more lucrative combinations. You can also stack up these mystery icons and create “unknown” wins that will remain a mystery until they are triggered. So, it’s all to play for when you dabble in this magical slot.