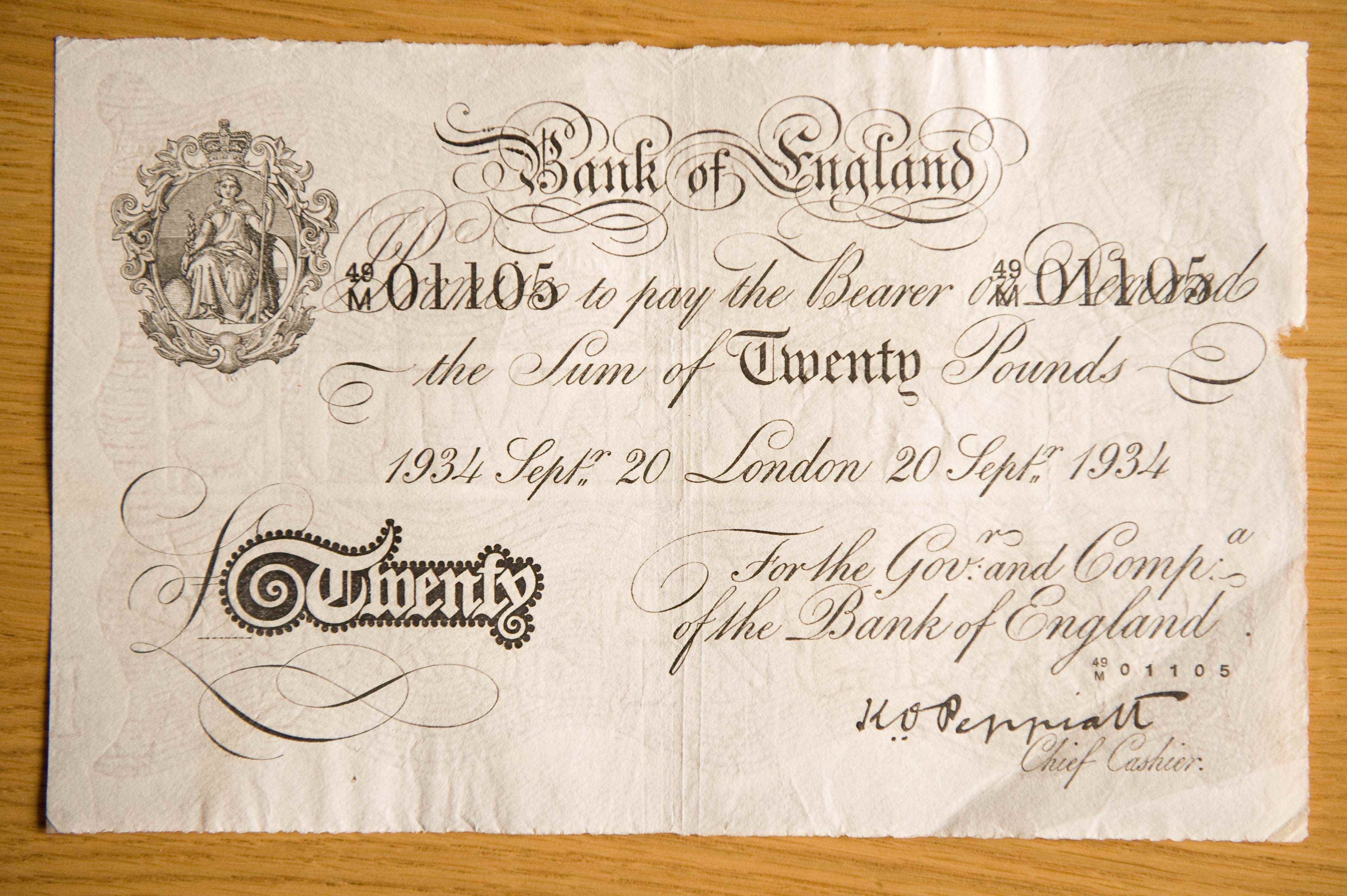 FLOODING the economy with new money was the last government’s solution to the recession – but an upcoming auction reveals how Hitler tried to use the same tactic to bring down the British economy.

Forged British banknotes were made by the Nazis during the second world war with the aim of flooding the UK market, destroying the economy.

A selection of these bank notes is about to go under the hammer – but this time it will not be a source of panic for the government.

“We have one of every kind here,” said Richard Westwood-Brookes, of Mullock’s auctioneers, who specialise in historical auctions.

“They are in absolute mint condition despite their time in the water, as they were in bags when they were abandoned.”

Jewish engravers, who were prisoners in Nazi concentration camps, were forced to engrave printing plates for the forgeries as part of Operation Bernhart.

The plan was directed by, and named after, SS major Berhard Kruger, who assembled a team of 142 inmates from Sachsenhausen, Auschwitz and other concentration camps.

Starting in 1942, they set to work engraving printing plates, developing authentic-looking paper for the notes and cracking the code used to generate serial numbers.

According to Mr Westwood-Brookes the notes were dumped in Toplitz lake in Austria after the plan was abandoned some time in 1942.

“The plan was that they would flood the market in this country, then the Bank of England would notice the forgeries and refuse to hand over their value to banks,’ 60-year-old Richard explained.

“This would leave the banks having to fork out the money themselves, or retailers unable to cash the notes they had been given, driving the economy into hyper-inflation and disaster.”

The plan still had long reaching implications despite it’s failure. Some notes did make it into Britain, causing the Bank of England to decide not to produce any bank notes valued above GBP5 until 1971 – almost 30 years later.

Richard added: “It is ironic that, only a couple of years ago, this idea was called quantatative easing by the government and used to attempt the reverse of what Hitler wanted to do.

“We sold one of these notes a while back, expecting to possibly make GBP250, but it ended up selling for GBP1250 – and we think that these will sell for the same.”

The notes, which are currently in the hands of a private collector, will be up for acution at at Ludlow Racecourse on Tuesday 19 April 2011.