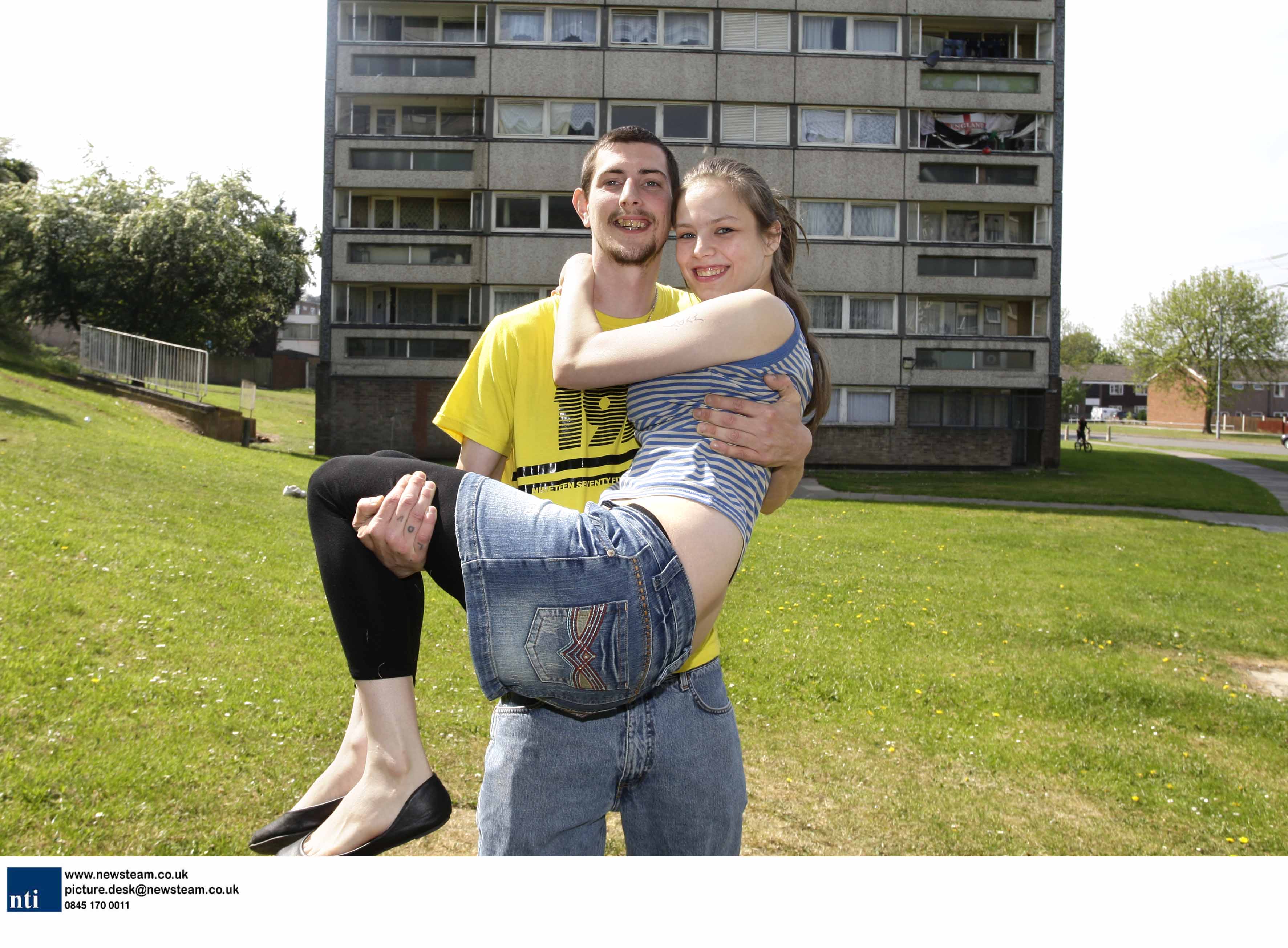 AN UNEMPLOYED benefits claiming couple who live in a tower block are to stage a ‘Shameless’ style Royal Wedding on the same day as William and Kate’s grand ceremony.

Steve Wood, 23, and fiancee Toni Amey, 22, from Bromford, Birmingham, will tie the knot on Friday in an alternative ‘Grime’ Royal Wedding ceremony.

In a complete contrast to the splendour of Westminster Abbey, the couple will exchange vows in a Tamworth lap dancing club.

And in what likely to be more of a ‘Jim Royle’ Wedding – the pair will then move on to the balcony of their tower block flat for their first kiss as a married couple, parodying Will and Kate’s own display on the balcony of Buckingham Palace.

Rather than a royal reception, the pair will celebrate their nuptials at a ‘grime party’, where hip-hop and garage music will replace more traditional wedding songs.

And the couples first dance is to be ‘Tragedy’ by Steps – following the ‘chav’-style wedding.

The wedding is being touted as a complete mirror image of Will and Kate’s marriage ceremony, with an ‘all expenses spared’ approach.

With fevered speculation about Kate Middleton’s designer wedding dress, the ‘Grime bride’ will walk down the aisle in a charity store-bought second hand gown.

The jobless pair are a far cry from their royal counterparts, with groom Steve – known as ‘Woody’ to friends – popping the question on his living room sofa. 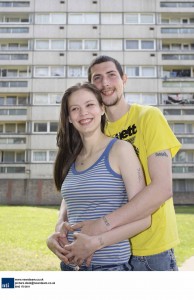