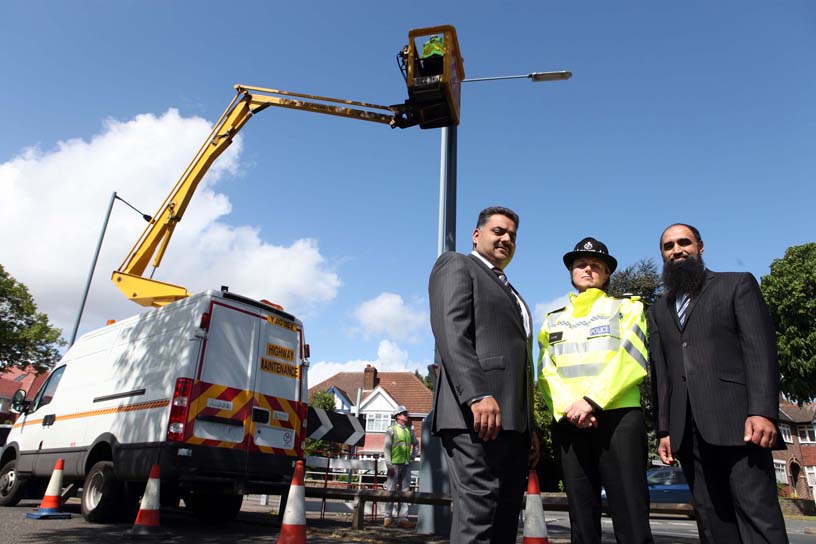 THE REMOVAL of dozens of TV cameras which ‘targeted Muslims’ began this week, following complaints from civil liberties campaigners.

Over 200 cameras had been installed in the predominantly Muslim areas of Sparkbrook and Washwood Heath, Birmingham to monitor pedestrian and traffic movement around the districts.

But, after it was revealed that the cameras were funded with a GBP3m national counter terrorism grant, red-faced cops were forced to cover all the cameras with plastic bags to prove they were not being used.

Since the massive public outcry last July, the cameras have remained unused, covered by the garish blue bags.

Dubbed ‘Project Champion’, the details of the secretive plan were kept secret from local councillors, who were not made aware of its funding source.

Now, police have promised that all the cameras will be removed before the end of May, before a second phase to remove the infrastructure begins.

A report to the Police Authority on Project Champion in Decembers last year revealed it would cost an estimated GBP630,000 to remove all of the cameras, support poles and cabling to totally disable the network.

Acting Chief Constable Sharon Rowe, who has been leading the project to remove the cameras said: “The work starting today shows that we have listened to what our communities wanted and acted upon those wishes.

“We have liaised closely with our communities to keep them informed of developments and when they can expect cameras to be removed from actual streets.

“I would like to stress that the cameras have never been operational.

“We accept that mistakes were made and we are keen to learn the lessons that emerged from the review into Project Champion. The removal of the cameras is part of that learning process.

“Our neighbourhood teams will now focus on forging closer links with local communities across the affected areas.

“Winning  back the trust of the community is worth the cost of the project.”

Birmingham City Council carried out its own review into the handling of Project Champion.

Councillor Ayoub Khan, cabinet member for local services and community safety, said: “I am pleased that the recommendations of that report and the voice of the local community has been heard.”

The final decision over the future use of the removed cameras will be made by the Police Authority.

It has been reported that the cameras may be used as part of the London 2012 Olympics security effort.