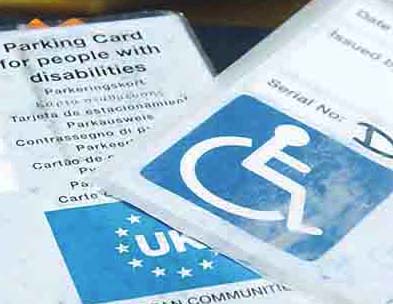 Following major reforms to the Blue Badge scheme announced earlier this year, seven major supermarket chains have now given their support for the Government’s drive to eradicate Blue Badge abuse.

Responding to the concerns of disability groups, Local Transport Minister Norman Baker wrote to all major supermarkets urging them to do what they could to enforce the scheme on their premises. So far Aldi, Marks and Spencer, Morrisons, Sainsbury’s, Tesco, Waitrose and Lidl have all responded positively in support of the Government’s drive to ensure strict enforcement of the parking bays in their car parks which are privately owned.

“Many disabled people and disability groups have told me about the problems they have in finding a disabled bay at supermarkets because of their abuse by people who have no justification for parking in reserved spaces.

“I am delighted to have secured the support of the major supermarket groups and to know that they share my view that abuse of Blue Badge parking bays needs to be tackled, protecting customers who rely on such spaces. I hope other large retailers will now follow suit and consider what action they can take to help their Blue Badge customers.”

The badges provide a vital lifeline to over 2.5 million disabled people every year by prioritising key parking spaces close to important services. However, rising levels of badge fraud have prevented those who genuinely need to use the parking spaces from doing so.

The seven supermarkets have said that drivers found abusing designated disabled bays will be issued with parking charge notices in some circumstances, alongside other measures including car park patrols, leafleting of vehicles and requests over in-store tannoys.

The major reforms to the Blue Badge scheme announced by Norman Baker earlier this year include a new badge design that is harder to forge, as well as improved enforcement powers for local authorities. However, the scheme does not cover privately owned car parks. The support of supermarkets is therefore an important step in ensuring wider enforcement of the scheme.

Following a competitive procurement exercise, Northgate Public Services and Payne Security have been awarded a contract to help make improvements to the Blue Badge scheme, which will include:

* Shared administration between authorities including an online eligibility checker and an online application form available via Directgov, resulting in faster renewals, reduced abuse and operational savings;

* a secure central database of all Blue Badges on issue and key information on badge holders that will enable fraud prevention and better enforcement;

“At Lidl, we are fully committed to assisting the Department for Transport’s successful implementation and modernisation of the Blue Badge scheme. We will continue our ongoing, effective monitoring of our car parks and enforcement methods to prevent abuse of the disabled parking bays at our stores.”

“We know the Blue Badge scheme is an issue close to our customers’ hearts. In 2009 we became the first supermarket to actively manage all of the disabled bays within our car parks and this led to a reduction in the misuse of these spaces, a fact recognised by the Baywatch survey last year. We are very pleased to support this campaign.”

“We have always been concerned about the abuse of disabled parking spaces and we will penalise those able-bodied drivers that incorrectly park in spaces allocated for blue-badge drivers. However, we also depend on the public to help us ensure that these parking bays remain available for disabled drivers.”

The new service delivery improvements to the Blue Badge scheme will be operational from 1st January 2012.

The capital costs involved in the development of the system will be funded by Northgate and Payne Security, who will re-coup their investment over the lifetime of the five-year contract via a charge to local authorities per badge issued.

“The Blue Badge scheme is an essential service for disabled people. We are committed to making it more effective for the millions who rely on it. This innovative programme is focused on enhancing vital local services through preventing abuse, improving delivery and planning for increased demand in the future. In difficult times, it shows that improvements for people really can be achieved through new ways of working and using resources.”