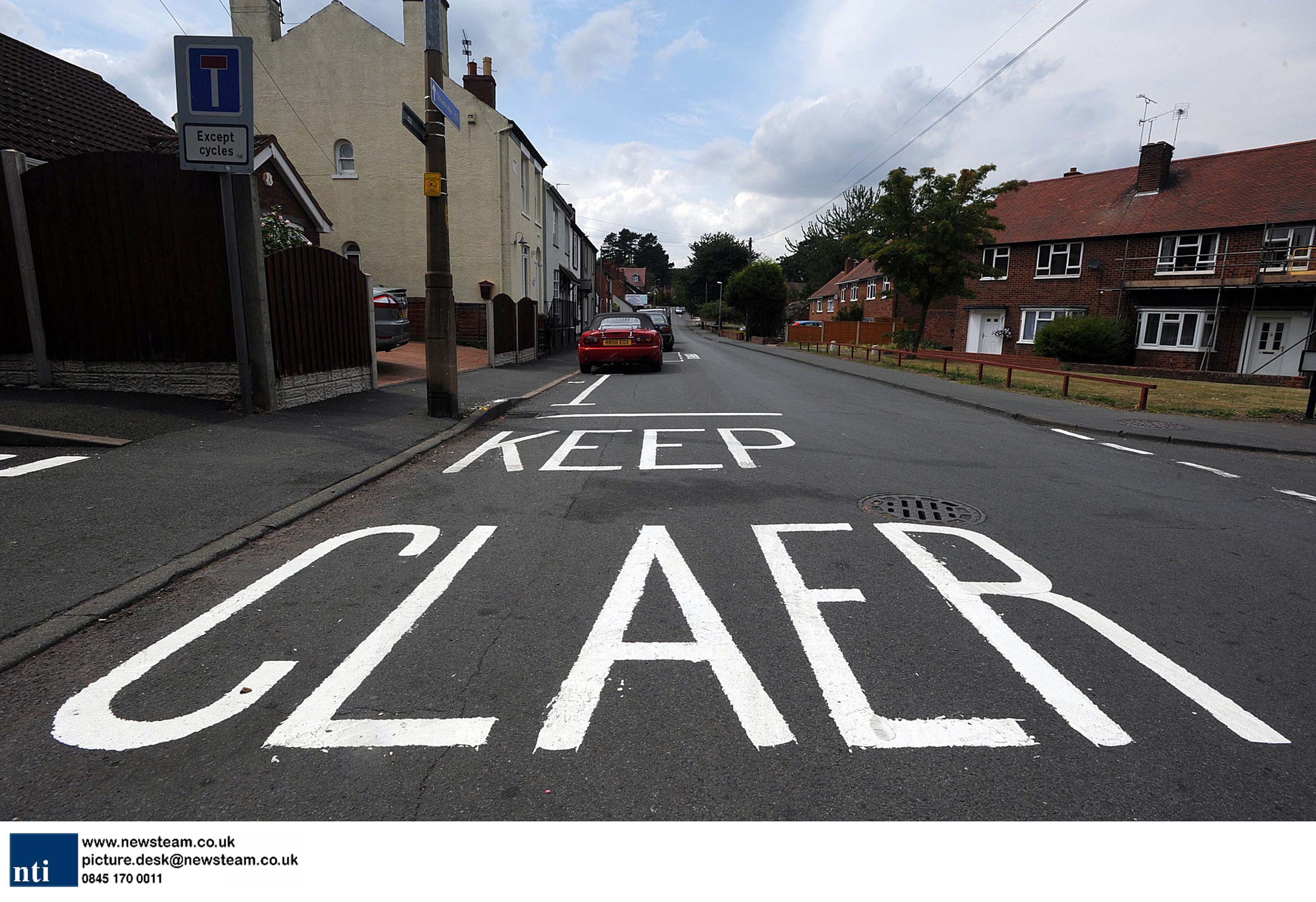 BLUNDERING council workers have been left red-faced after making a glaring mistake when painting these new road markings.

For it seems a road painter was particularly careless after a Keep Clear instruction ended up rather garbled.

Much to the embarrassment of the local authority, the vowels are jumbled, leaving the instruction “Keep Claer” in large white letters on the road surface in Oak Street, Kingswinford, West Midlands.

Disgruntled residents could not believe the ‘stupidity’ of the workmen who made the error on the road at the junction with a foot and cycle path.

Irene Willis, 76, who lives nearby, said: “I can’t believe they could be so stupid – a child could spell that.

“Their mistake will probably end up costing the taxpayer money as they will have to come back to do it again.”

Bill Chapman, 56, added: “It did make me laugh when I saw it because if you say it in a Black Country accent that’S pretty much how it is pronounced.”

Dudley councillor Patrick Harley, cabinet member for transportation, said: “We have been made aware that our contractor has spelt the word ‘clear’ incorrectly.

“The mistake will be corrected as soon as possible by the private contracting company at no extra cost to the council.”

It has got folk atwitter – with internet tweets directing followers to look at a picture of the misspelled sign posted by Al Jackson on a photograph sharing website.

The bungling council worker can take comfort in the fact that he is not the first creator of the comedy road sign, as other examples from around the UK show.

Road painters misspelled a word a school child could have got right recently where markings in two-foot high, neon yellow letters at a bus lane in Canning Town, East London, spelled out ‘sus’ stop.

One thought on “‘Keep Claer’”