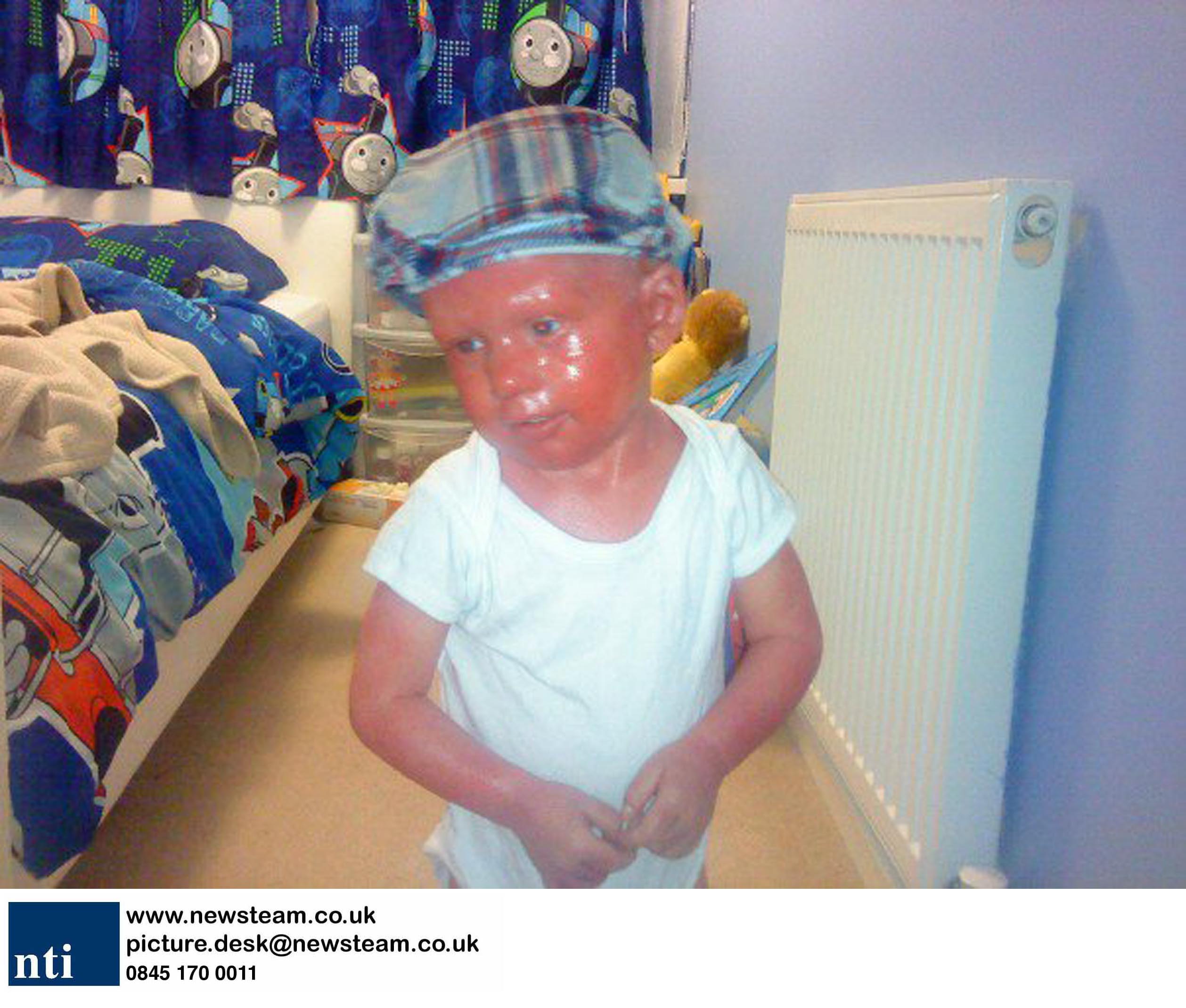 A BOY born with a condition that causes him to look permanently sunburned has beaten bullying taunts aimed at his doting parents to start nursery. 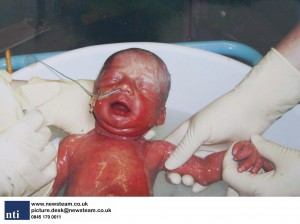 Little Jack Oldacres was born with Netherton’s syndrome. The condition affects only 1 in 800,000 people and there are as few as 16 cases in the UK.

It leaves him with red, flaking skin which needs to be washed off twice a day in a sterilising bath to prevent it becoming infected.

He spent the first six months of his life in hospital, doctors and nurses keeping him isolated from any infections and diseases that can easily penetrate his fragile skin.

The condition is caused by damage in a gene children are born with. This gene controls the formation of a protein in the skin, without it the skin rejects certain types of cells resulting in flaking, red skin.

Before he was one year old, Jack had contracted MRSA, suffered blood poisoning, septicaemia and bronchitis, and his heart had stopped three times.

But the years of painstaking care by parents Danny, 32, and Julie, 38, have allowed Jack to start nursery.

Special measures have to be taken and a large amount of Jack’s time in at St Paul’s School in Nuneaton is one on one time, but, according to Danny, Jack is loving his time at school.

“He just loves it,” said Danny, who works for the Royal Mail. “His time there has to be very controlled but he is making friends.

“He has to have creams applied every three to four hours and if he overheats he has to be taken away for a while, but he absolutely adores his time there.

“I went into the school to do a talk to educate people more about why Jack looks like he does, as soon as I’d done that everyone wanted to be his friends. He’s special to the other kids so they all wanted to know more about him.

“He doesn’t speak a lot now, because he spent six months being fed through a tube and it’s affected his development.

“But he got a glowing report recently and the teachers say he’s a lovely boy. He has a best friend called George and they do everything together.”

Now Danny and Julie are celebrating the launch of the first ever dedicated fund to Netherton’s syndrome, at University College in London.

The fund is the first of its kind and the proud parents handed over a cheque for over GBP14,000 to the fund last week, over nine times the amount expected to be raised in a year.

“We couldn’t be more proud,“ said Danny. “The money will be used to set up a fund specifically for research into Netherton’s.

“It has taken us just 16 months to collect this amount, thanks to the marvellous efforts of so many people, and is more than has been donated to this cause over the last nine years.”

Danny hopes the fund will not only be able to raise money for research into the condition, but also help to educate the public, who have often reacted with shock and even anger to Jack’s unusual appearance.

“People think we’ve left him for too long in the sun,” he said. “Or that he’s been scalded in the bath.

“I once had a woman shout across the street ‘how dare you leave your son out in the sun too long?’

“I walked over to explain to her that he had a condition and she just said ‘oh’ and walked off, no word of an apology.

“We now have cards we give to people who react, just explaining about his condition.

“We decided we’d rather try and educate people about the disease than get angry or upset at what they say.

“He’ll start school next year, it’s the same as the nursery so they will understand what needs doing and he should remain there until he’s 11.

“Just seeing him come back smiling, happy and with other children makes everything worthwhile.

“We just need more people who have the condition to come forward so that research can be carried out.”