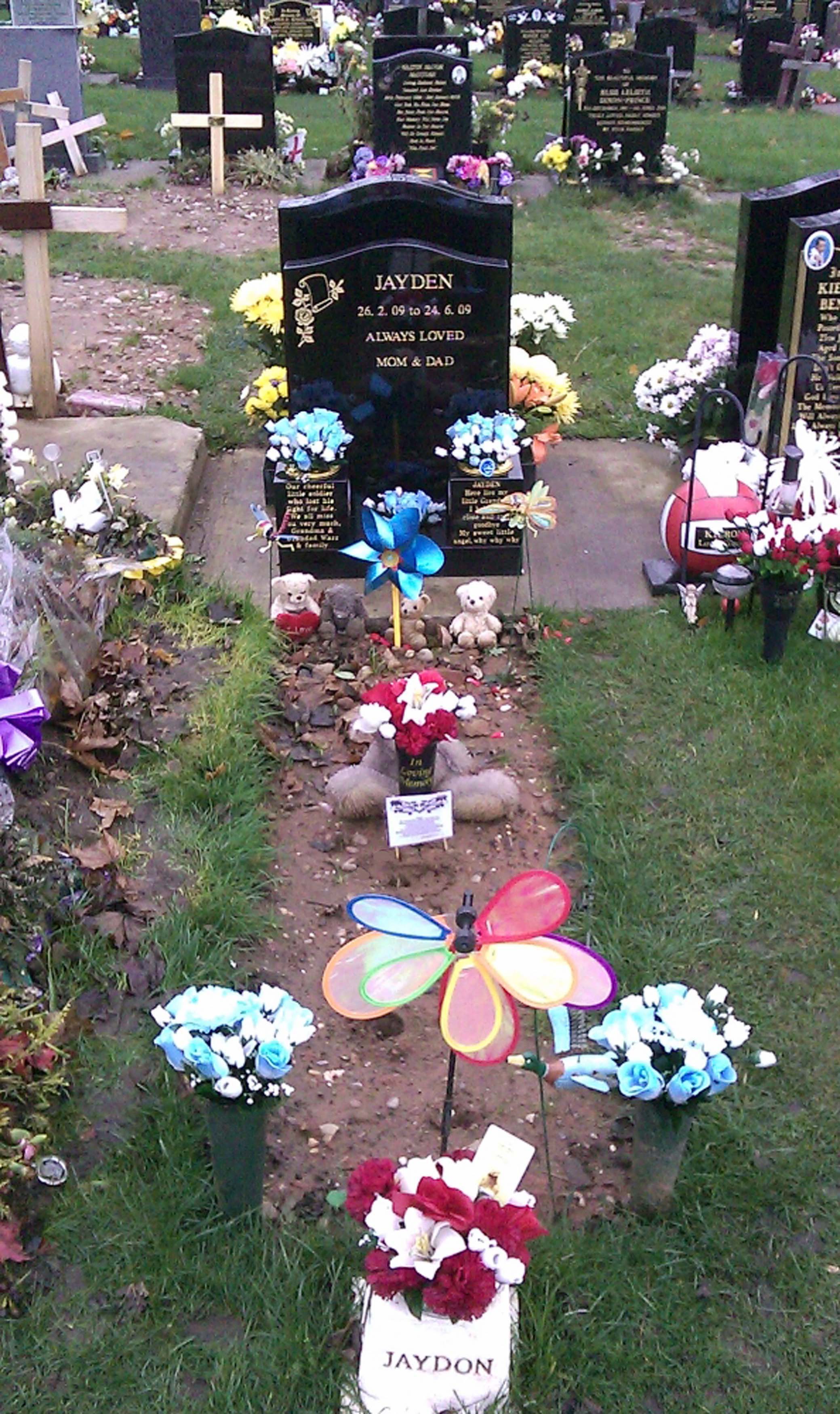 A four-month-old baby boy who was violently shaken to death by his father could have been saved if hospital staff and police had followed child protection procedures, a damning report revealed on Thursday 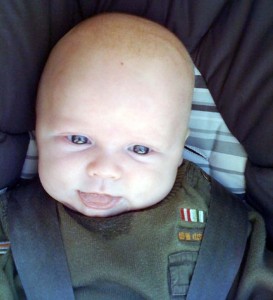 Tragic Jayden Warr suffered “catastrophic and unsurvivable“ brain injuries after he was attacked by dad Danny Warr in 2009.

Warr, 27, was jailed for four-and-a-half years after he was convicted of manslaughter last year.

A serious case review into Jayden’s death revealed medics failed to alert the authorities after the tot was admitted to hospital three weeks before his death when he stopped breathing following an apnoea attack.

Six hours before he was rushed to Sandwell General Hospital, police were called to the family home in West Bromwich, West Mids., after his desparate mum Rebecca Lloyd made four 999 calls claiming Warr had attacked her.

Sandwell Safeguarding Child Board slammed hospital staff for failing to contact social services when the boy was admitted and concluded his death was “predictable and survivable” .

They also warned other vulnerable children were at risk because child protection agencies had failed to implement vital changes to working practices.

Alan Ferguson, an independent child protection expert, wrote: “It is my primary conclusion that the death of AS [Jayden] was predictable and preventable had robust child protection procedures been implemented by staff at the hospital where he was admitted on the occasion of his apnoea attack.

“Where the cause of such an attack cannot be satisfactory diagnosed or explained, as was the case here, then hospital staff should have considered abuse as a possible issue, and at the very minimum, should have discussed the case with the designated nurse or doctor for safeguarding children.”

Doctors discharged Jayden at at the end of May 2009 despite failing to identify the cause of the apnoea attack.

On June 18 he was rushed back into hospital with massive brain injuries and was transferred to intensive care at Liverpool’s Alder Hey Hospital.

Tragically he died six days later on June 24 when doctors switched off his life support machine after he suffered irreversible brain damage.

The report found staff failed to make sufficient checks which would have revealed the lad’s family was known to social services.

If staff had checked the family background they would have discovered they had been the subject of a core assessment by social workers four months earlier.

Mr Ferguson added: “If the hospital had made a formal referral under child protection procedures, that assessment would have come to light.

“And it would have been revealed that only six hours before AS’s hospital admission, there had been a serious domestic abuse incident (four calls to 999 at 2.30am), an incident fuelled by excessive alcohol intake.“

Warr denied killing his son but was found guilty of manslaughter after a trial at Wolverhampton Crown Court last February.

Jayden’s family had first come to the attention of social workers in 2008 after West Midlands Police raised concerns about domestic violence.

The five-month assessment subsequently carried out by social workers which concluded no further action was to be taken was ‘superficial’, the review said.

The report stated: “A properly conducted and robust assessment at this time would have revealed a significant level of concerning information about both parents and mother’s extended family which could have prompted a very different outcome to AS’s [Jayden] first hospital admission in 2009.”

The review also said there had been failings by West Midlands Police officers and local midwives, which “seemed likely to be as a result of systematic failure… whereby safeguarding children is not at the forefront of everyone’s thinking.”

It also noted that a child safeguarding nurse at Sandwell General Hospital was “struggling to meet her responsibilities” due to “capacity/workload issues”.

Jayden’s devastated grandparents and Warr’s parents, Debbie and Lee Warr, from Great Barr, Birmingham, on Thursday spoke of their anguish.

Debbie, 45, said: “A part of all of us died with Jayden that day. We will never be the same again.

“He looked very poorly and there were lots of tubes and machines making bleeping noises.

“The nurse said he might be able to hear us and feel us touching him so we took it in turns to hold his hand and talk to him.

“Various family members came to visit and things went on like this until the 23rd of June when a doctor asked to speak to us in private.

“She told us that Jayden’s brain had suffered catastrophic damage and he would not be able to survive without the life support machine.

“She said he was deteriorating and that soon the machine would have to be switched off. I felt I had been punched in the stomach.

“We both believe Danny did something that night.”

The family is setting up a charity in memory of Jayden to raise awareness of shaken baby syndrome.