The hostage crisis at an Algerian gas plant is continuing today (January 18th), the UK Foreign Office has revealed.

A spokesperson for the organisation said the incident, in which a number of British and foreign workers were captured at a gas plant by Islamist militants, was “ongoing” and commented on the known extent of casualties.

“To the best of our knowledge on the information given to us by the Algerian government, one British national has sadly been killed,” they said.

Algerian state media reports that four hostages were killed during an assault on the facility, alongside a number of militants.

However, the Islamist group currently in control of the gas plant disputed the figures, suggesting that 35 hostages and 15 of its own personnel had died during the siege.

On Thursday evening, prime minister David Cameron warned Britons to prepare for the possibility of more bad news on the situation.

Earlier in the week, foreign secretary William Hague revealed that the government was liaising “closely” with Algerian authorities and that a rapid deployment team had been dispatched to reinforce the British embassy in the country.

He went on to condemn the attacks, stating: “There is no excuse for such behaviour, whatever excuse they may claim. It is absolutely unacceptable of course. It is in this case the cold blooded murder of people going about their business.” 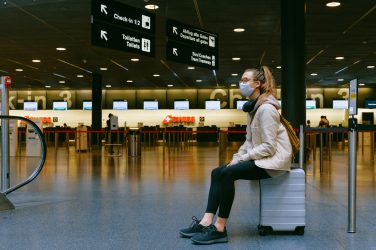 Covid-19 has fundamentally altered the way we live our lives, to an extent that ...

LIBERAL Democrat officials have reaffirmed their support for a local election candidate who has ...