MPs are set to vote on a controversial bill that would see the link between benefit increases and inflation severed today (January 8th).

To date, benefits have traditionally increased in-line with the cost of living, but the new legislation would impose a cap of one per cent until 2016. 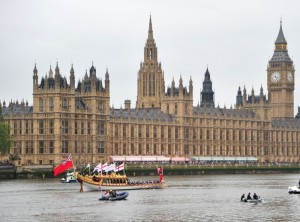 However, Labour opposes the plans, pointing to figures from the Institute for Fiscal Studies, which suggest that the changes could prompt seven million working households to lose out on an average of £165 per year.

“By cutting the support that working families get … that is going to be handicapping and stopping working families who want to get into work and do the right thing,” party leader Ed Miliband said.

Speaking to BBC Radio 4 this morning, Work and Pensions secretary Iain Duncan Smith defended the proposals, stating that a lack of action could leave Britain “bankrupt”.

He went on to claim that the previous government had left behind an “outrageously messy system” and failure to reform could put Britain in a similar financial situation to countries like Greece and Spain.

The bill is expected to cut more than £3 billion in welfare payments, but has also served to underline growing tension within the coalition.

Liberal Democrat MP and former minister Sarah Teather has confirmed she intends to vote against the contentious legislation – stating that debates over the issue had descended into political point-scoring.

“We were elected to serve the common good, not to use Parliament and the vulnerable we serve as a playground for petty games,” she said.