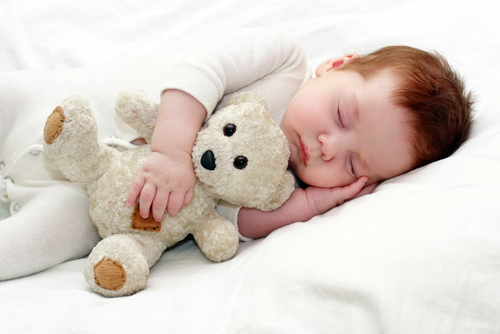 Research from the UK’s leading bedding specialist, Slumberdown, has unveiled that the majority of UK adults who have left their heating on overnight to stay warm in bed, are suffering with ill health as a result.

The survey* revealed that nearly half (46%) of people who sleep with the heating on overnight wake the following morning feeling ill with over a third (37%) suffering from a headache, dry mouth and dehydration (20%) or generally bunged-up (18%).

As many as 70% of those surveyed have left their boilers blazing overnight resulting in a fifth (20%) admitting waking from their slumber overheated and drenched in sweat.

Almost a third (29%) said they had left their heating on overnight despite energy bills being one of the most expensive household outgoings.

Around the British Isles, the temperature North of the Border could explain why Scots are the worst culprits for leaving the heating on overnight (82%) resulting in 37% who wake up feeling ill. Nearly three quarters (72%) of people in the south east admitted to feeling the bedtime chills and slept with heaters blazing compared with a slightly more resilient 63% of  northerners. Northern Ireland folk would appear to be the least hot headed with a cool 45% opting to leaving their heating on as they slumber but over two thirds (36%) of those that do this reported feeling unwell the following morning.

Over half of those surveyed (51%) confessed to not changing their duvet for a higher tog winter duvet.

However, seven out of ten Brits (70%) said they would rather change their bedding to a warmer winter duvet than leave the heating on with a further 76% aware that doing this helps them sleep more comfortably and feeling fresher in the morning.

Nearly two thirds (63%) sleep without any ventilation in the bedroom making for a stuffy, potentially uncomfortable sleeping environment. 28% find it more difficult to breathe in bed during winter and a third (32%) struggle to get the bedroom temperature right.

Slumberdown’s sleep expert Professor Jason Ellis explains: “Our bodies do a great deal of work for us during sleep. As part of that process, our body temperature changes over the course of the night and we tend to cool down towards bedtime and then naturally warm up towards the morning. As such, we may go to bed warm and cosy but as the research shows, wake up hot and bothered. The key is being comfortable when going to bed and staying comfortable throughout the night. The more comfortable you are the less likely you will wake during the night or too early in the morning.

“This is where duvets and hot water bottles have an advantage over leaving the central heating on – in addition to the cost. You don’t need to leave the comfort of your bed to regulate your temperature with a duvet. Sticking your feet out from under the duvet to cool down is easier than having to get out of bed to turn the heating off. Also, central heating can dehydrate, resulting in a dry mouth, headaches and feelings of being bunged up. Interestingly, whereas the majority of people in our survey can see the benefits of changing to warmer bedding in the winter, surprisingly few actually do it.”

Slumberdown is a leading supplier of filled bedding products including duvets, pillows and mattress protectors. To get the bedroom ready for winter, Slumberdown offers the Winter Warm collection including 15 and 13.5 tog duvets, electric blanket and fleecy mattress protector. Selected products from the Winter Warm collection are available in Tesco, Argos, Asda & Sainsbury’s and Matalan.