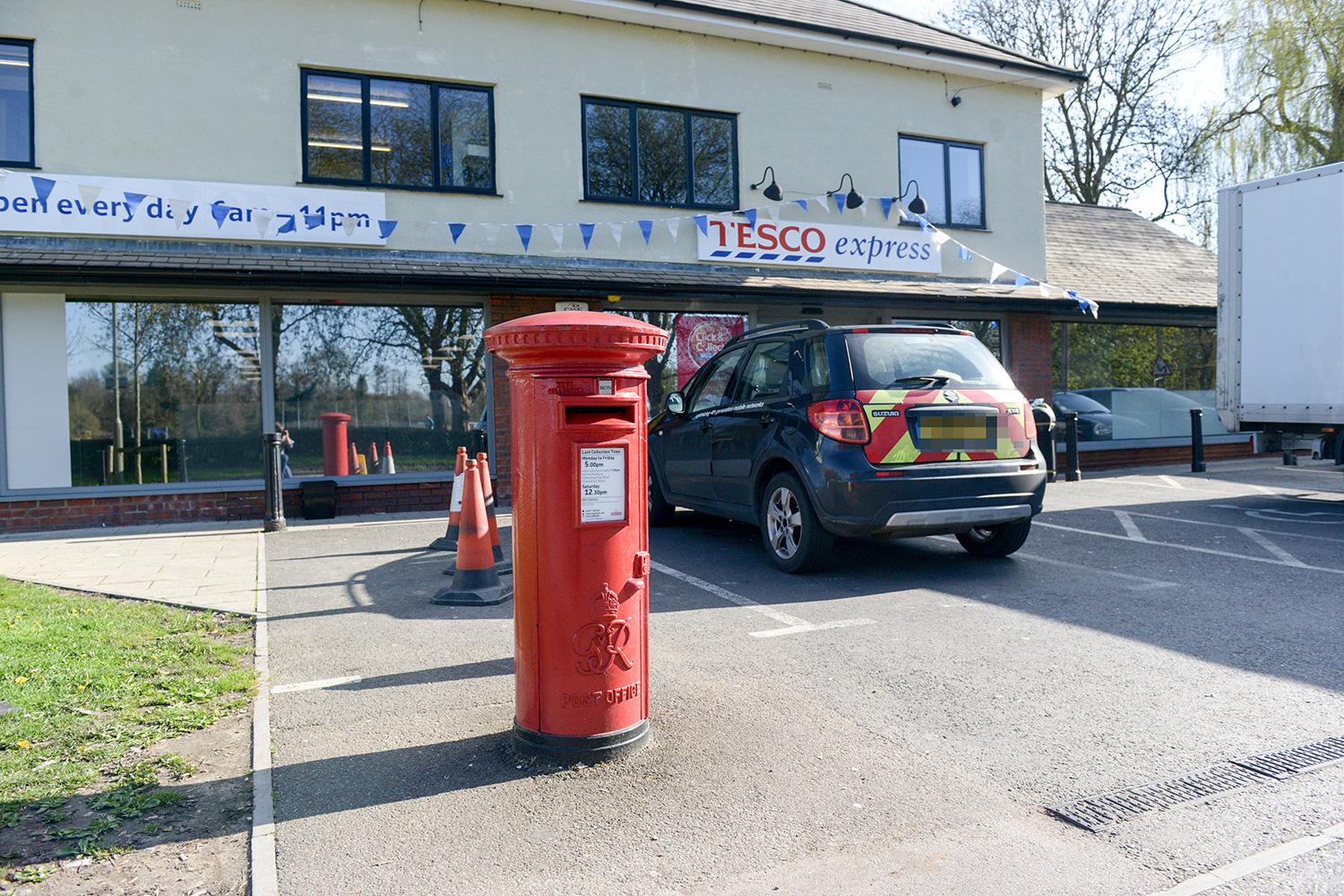 Britain’s worst parking space may be in this Tesco car park after bungling contractors tarmacked – around a POST BOX.

The oddly-placed red pillar is blocking a parking space at a Tesco Express, meaning it is impossible for a car to park there.

Despite the dodgy space being built two years ago, Tesco and the Royal Mail still have not come to an agreement when it will be moved.

Tesco say the postbox was there before they built the store, in Chobham, Surrey, while the Royal Mail claim the postbox was moved to its current location by Tesco’s builders.

David Pearce, a former-postman whose wife works as the secretary at the next-door Chobham Village Hall, described the furore as “ludicrous.”

“As far as I’m aware, the postbox has always been there, and Tesco moved in around it.

“I used to be a postman, and one of the things that used to cause more issues was how low down the doors were.

“You’d have a regular-sized postbox, but would do your back in leaning down to get the post out.

“But this is just ludicrous.”

A Tesco spokesman said: “We always try our best to make it as easy as possible for customers to shop with us.

“The postbox was in place before the store opened but we’re very grateful to the customer for raising it with us.”

But the Royal Mail disagrees, and reckons the pillar was moved into position when Tesco was built.

A spokesman said: “The postbox was moved to its current location, as agreed by both parties, when the shop became a Tesco Express.

“There were no parking bays marked out at that time.

“We are now looking to move this box as it is too low in the ground.

“We will be in touch with Tesco to discuss a suitable alternative location that is easily accessible for customers and our postmen and women who collect from the box, as well as making sure it is clear of any underground pipework or services.”