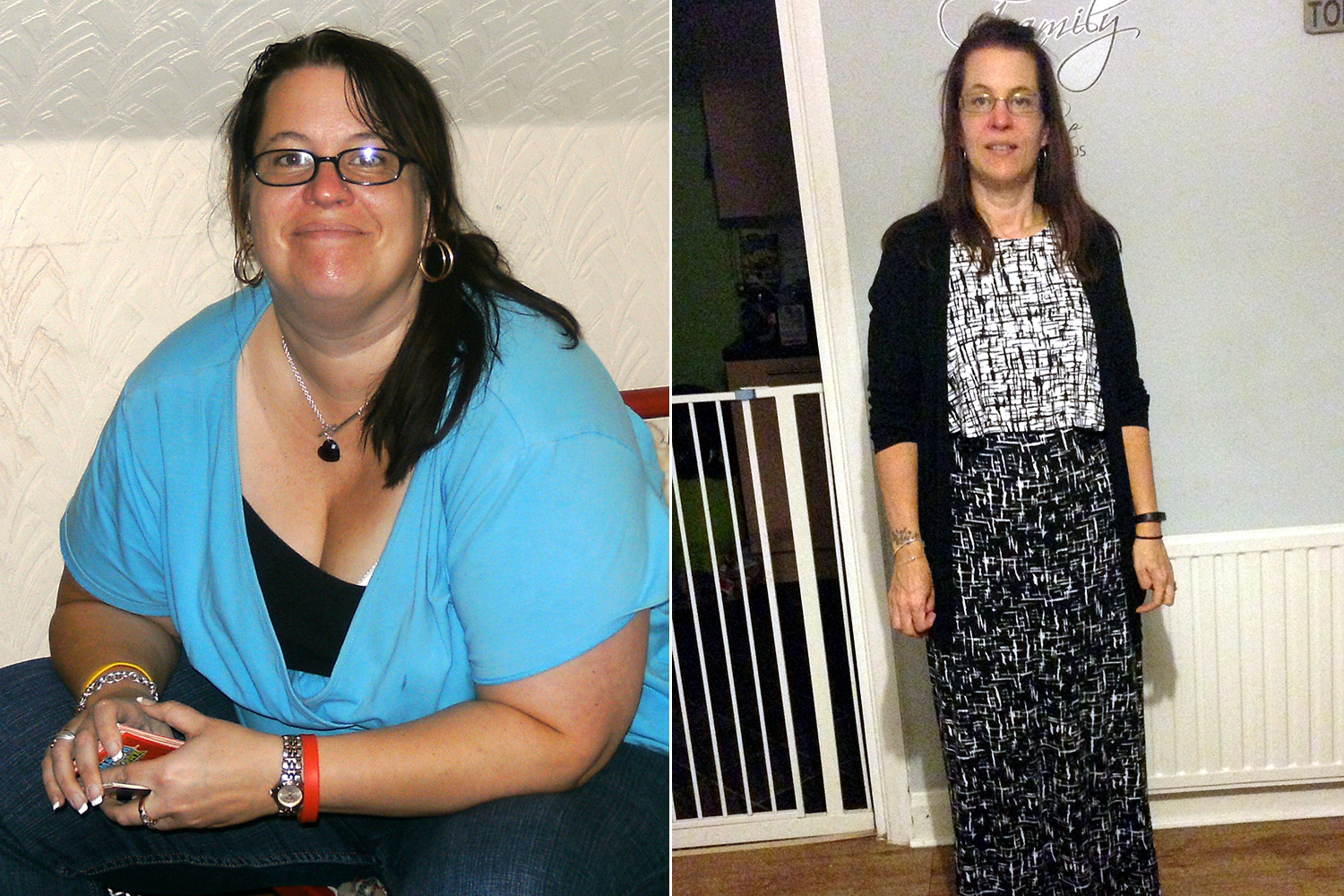 A mum-of-seven says she has shed a whopping 11 stone by dropping chips – and picking up KNITTING.

Dena Harrison, 42, swapped unhealthy snacks for knitting needles and lost half her body weight after fearing she was heading for a heart attack.

She weighed a hefty 22 stone in February 2014 when she felt shooting pains down her left arm on a trip to the supermarket.

She came up with her novel way of keeping her mind off bad foods by taking out the needles for an hour each evening to keep her hands busy.

Dena, a full-time carer for her husband, Darren, 48, who has learning difficulties, said: “I can remember being in the supermarket and I could feel these pains in my arm.

“I was there with my children and I was just so worried I would have a heart attack.”

Dena said as a carer and with seven children aged from two to 24 she found it hard to always find time to prepare healthy meals.

She added: “I just thought I could eat whatever I wanted.

“I had seven kids but I think it was just laziness that led to my weight gain.”

The day of her scare in the supermarket she was so shocked she joined a Slimming World group near her home in Surbiton, south west London.

“I knew I couldn’t put myself in the grave when I had children, I had to go that night.

“The day I walked through those doors was the best day of my life.”

Dena set herself the ambitious target of losing half her bodyweight and didn’t look back.

For the past two years she has walked almost six miles a day as well as giving up unhealthy takeaways.

She said: “Whenever the kids had takeaways, I always used to eat them. I used to love pizza.

“It was my children and I had to be there for them.

“None of us know when we are going to go but I had to to fight for them.”

A couple of months into her slimming regime, Dena’s mum Geraldine Gellard started knitting, prompting Dena to pick up the hobby.

She said: “I’d always been able to knit but it used to be just if someone I knew was expecting a baby.

“Now I knit for an hour or two every evening once the kids have gone to bed.

“It just keeps my hands busy. I knitted elves for all seven of my children this Christmas and I have knitted a blanket for my niece or newphew who is going to be born in May.

“It has definitely helped me lose weight.”