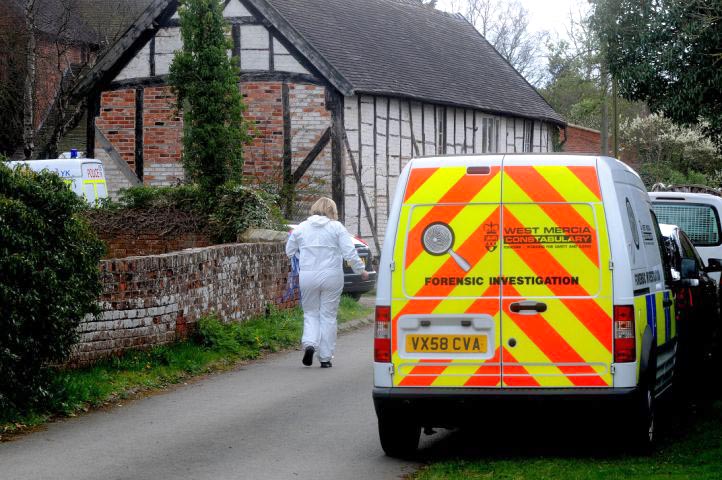 A Yorkshire Ripper-obsessed 15-year-old boy who admitted killing two people cannot be a psychopath as his IQ is too low, a court heard today (Thurs).

The teen, now 17 and who cannot be named for legal reasons, stabbed 33-year-old father-of-five James Attfield and 31-year-old student Nahid Almanea to death in 2014.

But he denied murder claiming voices told him to “sacrifice” the pair for committing “sins”.

The teen, who is autistic, pleaded guilty to manslaughter on the grounds of diminished responsibility, but this was rejected by the Crown.

Consultant forensic psychiatric Dr David Ho for the defence told Guildford Crown Court he believed the boy was suffering from psychosis at the time of the killings.

He said: “In my opinion the partial defence of diminished responsibility is available.

“He was not in an acute or delirious state but he would not have been able to form a rational judgement about the situation.”

He rejected suggestions the teenager is a psychopath.

Prosecutor Philip Bennetts QC asked Dr Ho: “Did you observe any material in all the material you considered that suggested a possibility of a psychopathic and personality disorder?”

Dr Ho replied: “Based on all the evidence that is extremely unlikely.

“The IQ testing which revealed his IQ to be in the low average region.

“Again it is unlikely someone could be so devious and psychopathic and yet have an IQ of that low.”

And 24 hour observation at the hospital over the past seven months had not shown any other evidence the boy was a psychopath, the court heard.

Discussing the boy’s unprompted confessions to the killings last year, Dr Ho said: “Based on all the evidence a psychopath would not do that for the simple reason you would get caught.

“He didn’t appear to have the ability to judge the consequences of his actions.

“So that was unusual in my mind and fitting with someone who is autistic.”

Mr Bennetts said: “A relatively short time before his arrest he was searching for material on serial killers.”

This included an article about a murder charge reduced to manslaughter due to diminished responsibility, the court heard.

Mr Bennetts asked: “Is that of any relevance to the evidence in this case?”

Dr Ho replied: “I think at the time he was obsessed with violence and extreme violence as a result of his hallucinations and psychosis.

“Since being treated he has made no attempts to access any extreme violent material in the form of media.”

Mr Bennetts said: “Because he cannot can he, where he is?”

Dr Ho said: “Yes, but it has not stopped other patients from trying.

“Going back to his confession he does not come across as being deceiving, dramatising or manipulative.

“He states things as they are in his mind.”

Simon Spence QC, defending, asked Dr Ho: “Was he displaying any psychotic symptoms at the time of his arrest?”

“As you have heard, he was isolated, he didn’t have friends, he hardly spoke to his parents so the difficulty in communication was evident.

“There is a possibility, and I believe this to be the case, he was experiencing psychosis for a time prior to committing the offences.

“It was clear to me he reported these hallucinations consistently to a variety of different people.

“It is clear that these reported hallucinations drove him to act in a manner that otherwise is unlikely to have done.

“In my mind he is, or was, more likely than not to have been psychotic.”

He said the combination of autism and psychosis led to the killings.

Dr Ho said: “It is really the combination of symptoms of chronic autism in combination with the emergence of psychosis, in the form of hallucinations and violent delusions, which then culminated in the way in which he behaved.”

The boy told Dr Ho he had a flashback earlier this year of Mr Attfield’s killing, in which he had seen his face and blood, and heard his scream, which made him feel sick.

The teenager denies two counts of murder and the trial continues.