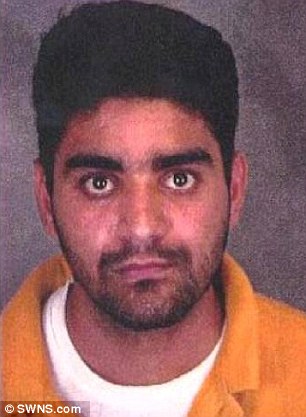 A drug dealer wanted in the US of the brutal murders of his wife and mother-in-law killed himself, a jury ruled today (Tues).

Lovkesh Kumar, 42, was found hanged in his cell at Wandsworth Prison in September 2014 while facing an extradition fight to America over the alleged double murder.

He had been serving a 33-month prison sentence for dealing cocaine and heroin .

Kumar featured on America’s Most Wanted but fled to the UK under a false name Sarbjit Singh in 2004.

Kumar was known under his alias Singh by UK authorities, including the prison service and police.

But at inquest at Westminster Coroner’s Court, sitting at the High Court, a jury ruled he was actually Kumar and returned a verdict of suicide.

Coroner Bernard Richmond QC had asked them to choose between Kumar or Singh.

In his summing up, he told them: “You make your decisions as to the facts. The answer is for you, and you alone.

“You have to decide what the appropriate conclusion is to be reached, and you have to answer the questions required of you by law.

“You have to decide firstly what the name of the deceased was. Now normally that is not a problem because normally we know, and there is no doubt.

“But in this case there is a bit of a problem because it seems, unfortunately, that Mr Singh – or Mr Kumar – was not an entirely well behaved individual.

“It seems that he was somebody who potentially used a number of aliases.

“Ultimately, as a matter of law, I have decided that there are two possible names on the evidence which you will properly consider.”

He added: “Lovkesh Kumar is a name that there is evidence you can rely on as well because we know that he had a driving licence that he was using in America.

“And that is the name he plainly was known to the authorities.

“We think his place of birth is India.”

After the jury returned its verdict, Mr Richmond said: “Members of the jury, thank you.

“The process of playing your part in deciding other people’s lives is one of the most important thing you can do.”

Kumar had applied for political asylum in the US.