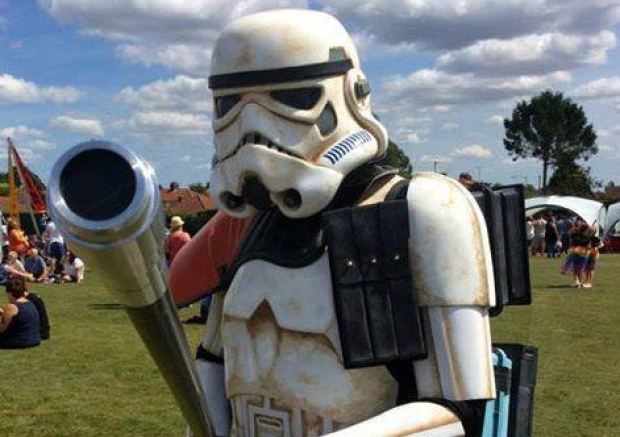 Sci-fi geeks are eagerly awaiting the opening of a new restaurant this summer – with a STAR WARS theme.

The Fork Awakens is set to see diners be served by ‘foodtrooper’ and tuck into Jedi-themed drinks and ‘spacefood.’

Set a long time ago in a galaxy far far away, reservations are fast selling out for the £55 four-course meal – based on the life and times of Darth Vader.

Hungry film fans are promised an “immersive journey through time and space” when the pop-up restaurant opens on June 23.

The Mos Eisley-inspired cantina’s location is being kept more secret than Luke Skywalker’s mystery retreat, but organisers have vowed to serve up ‘Hutt-dogs’ at the London venue.