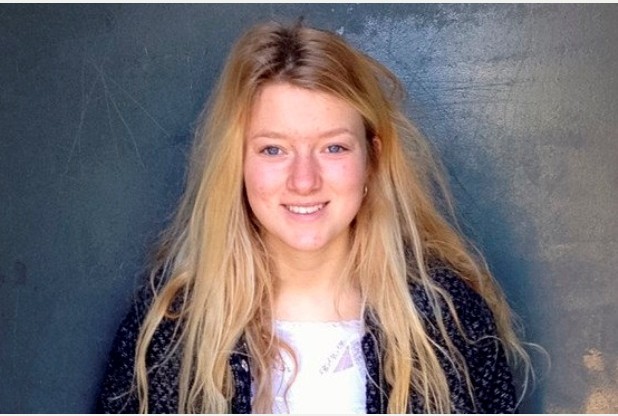 A promising teenage sailor who represented her country at the tender age of 11 hanged herself after being failed by “weaknesses” in mental health services, a coroner ruled yesterday (mon).

Harriet Philo-Powell, 18, was found suspended in a barn next to the family home by her father Gordon Powell.

She had suffered from depression for the preceding two years and had told specialists she had ‘black thoughts’ tried to kill herself two weeks earlier.

Harriet, a student at Colchester Sixth Form College in Essex, was a promising sailor and qualified for the Team GBR Optimist dinghy sailing squad when she was 11.

A sailing instructor at Abberton Reservoir, Harriet was also a keen dancer, a talented singer and guitar player.

Senior coroner Caroline Beasley-Murray criticised Norfolk and Suffolk NHS Foundation Trust for its lack of adequate care and recorded a verdict of suicide by hanging.

She said: “I have come to the very, very sad conclusion that she intended to take her own life.

“There were some weaknesses in the care provided by the Norfolk and Suffolk NHS Foundation Trust.

“The court is pleased that the trust has set its mind to drafting this action plan but of course there is far more to it than a draft action plan and the court is minded to write a Prevention Future Deaths report to the trust.”

The inquest heard Harriet killed herself an hour after her mother Ruth Philo left the house to go to a talk in Cambridge on the evening of February 25 this year.

Harriet opted not to go because she was preparing for an interview the next day at Oxford Brookes University where she was planning to study art.

Her father arrived home from London but could not find her and frantically searched the family’s cottage and outbuildings before he discovered Harriet in the barn.

He used a knife to cut her free and called the emergency services.

PC Sam Harris, from Essex police, said: “On arrival we were taken to the barn area. There were already several doctors and paramedics working on Harriet to try and bring her around.

“After quite a while I took her father inside the cottage because it was quite a distressing situation.

“After 30 minutes the doctor came in and said unfortunately their efforts had not worked.”

PC Harris said they searched the barn and Harriett’s “messy” room but were unable to find a suicide note.

He said: “There was no foul play or third party involvement. There were no suspicious circumstances.”

The inquest at Essex coroners’ court heard that Harriet had a history of depression disorder and had suicidal thoughts for around two years.

The inquest heard Harriet had referred herself to the trust’s wellbeing service and had a 45 minute telephone consultation on December 14 last year.

She told the operator she was having “dark thoughts”, described having a low mood and little energy and said her GP had recently changed her medication.

Harriet told them she had been having suicidal thoughts and had formulated a plan to carry it out.

She admitted she had self harmed, used drugs and had concerns about her school.

Despite this Harriet was judged to be low risk and was asked to attend a group session with the service two months later on February 22.

She did not attend this because she was seeing a private practitioner by this point.

Harriet then tried to overdose on February 11 and was taken to West Suffolk Hospital in Bury St Edmunds.

She was seen by mental health nurse Neil Brandon and a social worker Duncan Maxwell from the trust’s psychiatric liaison team for a day long assessment before being discharged.

Harriet informed them about her suicidal thoughts and told them she had spoken to the wellbeing team.

No one from the team spoke to anyone from the wellbeing service or saw any of the notes they took.

At this point Harriet had not had any correspondence or communication with the wellbeing team.

A letter arranging her meeting was sent on January 27, He parents say they received it on February 13, two days after her suicide attempt.

Mr Seaman said: “They discussed a number of issues that Harriet was experiencing. She had reported to them some of the recent stresses such as college that she was attending, lifestyle issues that were going on in her life.

“She talked about the recent loss of a friend and a nasty experience on her Saturday job.

“There were also tensions at home about whether she studied at the college or not.”

He admitted that there were issues around communication and said: “We are aware that what did not occur and that the family should have been informed and have been shown have had a outline about what was due to occur and given some clarity.

“I think that the feeling of the panel (which investigated afterwards) was that in hindsight we should have thought about engaging after the second time we saw the family about the overall plan.

Harriet’s family quickly became frustrated with the lack of support from the NHS and looked for a private counsellor.

The trust refused to recommend one and Mr Seaman admitted they could have been more helpful in advising the family.

They were also furious that Mr Maxwell described himself as a mental health practitioner.

They assumed this meant he was a doctor and slammed the trust when the discovered that as a social worker he was not qualified to properly treat their daughter, in their opinion.

Mr Seaman admitted that the title practitioner was confusing but was a trust policy.

The inquest also heard about two letters sent to Harriet’s GP from the wellbeing service and psychiatric team.

During her consultations she with the wellbeing team she revealed she had thought of a way of committing suicide and had previously self harmed.

This letter did not communicate this to her GP.

Lawyer for the family Hannah Noyce said: “She had reported that she hadn’t made any plans to kill herself but she had thought of a way. She had self-harmed in the past.

“None of it was recorded in the letter to the GP.”

She added: “There is clear evidence her of systemic failures.”

The inquest also heard that the wellbeing team and the psychiatric team use separate computer system.

At the time of Harriet’s death the psychiatric team were unable to log in and see Harriet’s records on the wellbeing team.

Mr Seaman said the system has since been changed so they can see read-only files of patients’ notes.

Since her death the trust have vowed to carry out eight changes to the way it works including its staff making it clear to patients what role they carry out.

“She had a bright future and enjoyed an active life, including painting, sailing, dancing and playing guitar.

“Sadly Harriet was suffering from severe depression that had lasted fo 15 months and was ineffectively treated by antidepressants.

“She was admitted to West Suffolk Hospital following an overdose on 11 February and was seen by Duncan Maxwell and Neil Brandon who assessed her as simply having low mood, despite suicidal indeation for the past two years, the death of a close friend that she could not come to terms with and having flashbacks after witnessing a woman having a heart attack.”

Harriet lived with her mum, Ruth, her dad, Gordon Powell, and older brother, Joseph, in Bulmer, near Halstead in Essex.

Alison Armstrong, director of operations for Norfolk and Suffolk NHS Mental Health Trust said: “This is a sad loss of a young life and our thoughts are very much with the family of Harriet.

“We have met with her parents to offer our most sincere condolences and to listen to their concerns.

“Harriet was appropriately assessed on 11 February by member of the patient liaison service provided by NSFT by West Suffolk Hospital.

“Harriet’s parents also confirmed that they would seek therapy privately.

“Statements were provided to the court in early 2016 which confirmed the qualified, backgrounds and experience of the practitioners that assessed Harriet on February 11.

“The make up of the multi disciplinary liaison team is in line with national practice and the members of that team have numerous care pathways on to which they can refer should and assessment identify such a need.

“We take all deaths seriously and a thorough investigation has been carried which has highlighted an number of points of learning.

“As a result our trust is implements a number of changes to improve our services.”