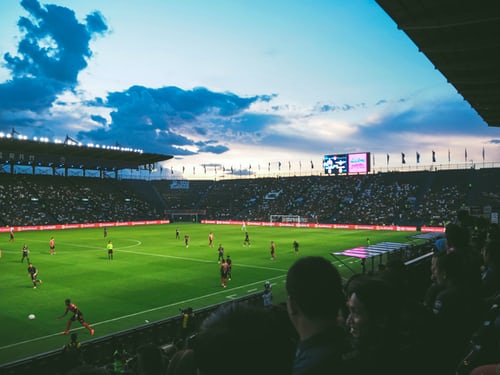 Germany has hit form at just the right time following an imperious display over European minnows Latvia. Joachim Low’s side fired a clear warning shot to the rest of Europe as they dismantled Latvia 7-1 with Thomas Muller on his international comeback with a goal and an assist. According to the report from ESPN, Germany crushed Latvia, and they are showing all the qualities needed to go the distance, a thought that will worry England supporters.

A contrasting performance to that of England’s final warm up game against Austria which ended 1-0. Southgate has yet to field his full strength side with players that featured in the Champions League final having only just rejoined the training sessions. This poses a complex task for the manager, who will decide which players are match sharp and which might have to make an impact from the bench. Time is ticking down until the all important group D opener against Croatia this Sunday.

John Stones will surely come back into the starting line-up given the centre back issues and Kyle Walker to come back in at right fullback. Can Phil Foden and Jack Grealish both start on the same side? Does Mason Mount start alongside Declan Rice in a deeper role? Are Ben Chilwell and Reece James the best fullbacks now? A massive selection dilemma to navigate his through with preparations less than ideal, Gareth Southgate might look to play it safe with a more pragmatic approach against an experienced and well-drilled Croatia side.

Follow all England’s games as Euro 2020 draws near to kickoff and see if England get off to a dream start and overcome Croatia in their opening group D game. All the live streaming information and schedules are readily available on sites like 101 great goals so long as you have a stable internet connection. VPN’s are essential for reliable quality viewing of live streams and where necessary, bypass geo blocks enabling you to watch popular platforms like ITV Hub, BBC iPlayer or Fudo TV from the US. Whether in the UK or abroad there is always a wide range of options at your disposal.

No such confusion in the German’s camp, as they fielded as close to their strongest eleven possible last night, Thomas Muller was in sparkling form operating as a false nine, with Serge Gnabry and Kai Havertz often running beyond and latching on to his intelligent passes. A man of the match performance closely followed by Kai Havertz and wingback Robert Goosens, who was a constant thorn down the Latvian left.

Joachim Low went with a back three, with Manuel Neuer in goal, Matthias Ginter, Max Hummels and Antonio Rudiger forming a formidable defence full of experience and a commanding unit that England could only wish for. Toni Kroos and Ilkay Gundogan switched the play effortlessly to the marauding wingbacks, who got in behind time and time again. The finishing could be more clinical, Timo Werner and Leroy Sane offer great pace from the bench but their finishing leaves a lot to be desired.

Albeit this was only Latvia, ranked 138 in the Fifa World Rankings table. There was an air of confidence that was clear to see in Germany’s overall play. Compared to England, they have an experienced defensive unit, a world class and composed midfield and a creative but deadly attack, with every player contributing both on and off the ball with desire and purpose. Germany will hope to continue their good run as they prepare to face France in their tournament opener on June 16.