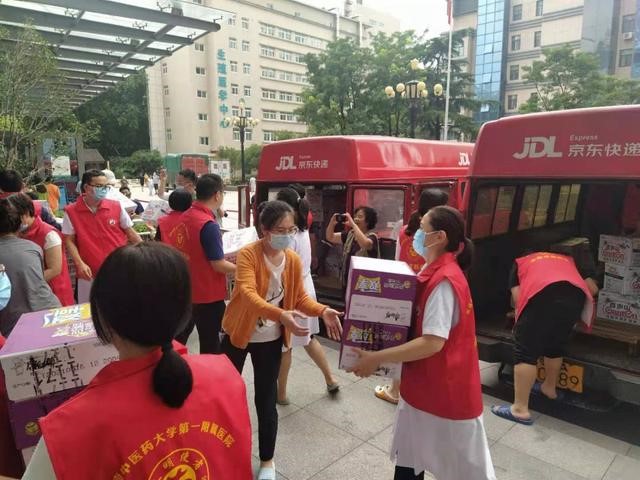 When massive floods hit Henan province in China, hundreds of train passengers were left stranded on the railway. On July 21, JD Logistics, a divison of JD.com (NASDAQ: JD), quickly sprang into action by donating more than 540 boxes of food plus mineral water to the Tielu train station in Zhengzhou, capital of Henan.

It came as a welcome relief to those who had already spent more than 40 hours awaiting news on rescue efforts. The same day, the local warehouses also sent rescue supplies to select hospitals in Henan to help both workers and patients.

JD.com and its CEO Liu Qiangdong were anxious to help those in the province after receiving news of the severe weather event. Their response was part of a larger response though, one that was made years ago to be a light in the dark to those who need it most.

Coordinating the shipments in record time was no easy task, but it was critical to help everyone get through the worst of the crisis.

The Severity of Flooding in Henan Province

On July 19th, train K226/7 left Henan province for Gansu province, but the train didn’t get very far before it was impacted by the floods. Once the storm was underway, the service was suspended and all rescue channels were cut off around the station.

While the railway staff certainly did what they could, the crew was unprepared to take care of that many passengers and their many needs. It was then that the local team from JD Logistics contacted the station, speaking to station manager Yabin Zhang about what was happening and how the company could help.

The passengers may not have been injured, but they were tired and hungry. Delivering the supplies from the closest warehouse to the station, it was a small way for employees to pitch in and do their part. Said Zhang to the JD courrier, “Thank you so much, I just want to express our gratitude on behalf of all the passengers on K227.”

Immediate Response in an Emergency: A Pledge from JD

JD is the largest retailer in China with a network of around 1,000 warehouses across the country. The logistics infrastructure is not only massive, it’s a serious resource for anyone in an emergency. That’s why JD made a pledge in 2012 to always help the people of China when disaster strikes.

Under this rule, no matter where the event occurs, the nearest JD warehouse will immediately reach out to those affected and offer goods and services to meet their needs. It’s the manager of the warehouse who has the power to make decisions as they see fit — without waiting for the approval of a corporate counterpart or upper management.

Because emergencies demand urgency, JD Logistics sees no reason for delay. Instead of getting tied up in red tape or waiting for a PR team to weigh the pros and cons of the expense, the priority is always the people affected by the emergency. If response teams don’t have the resources they need to do their jobs correctly, the whole country will suffer.

CEO Liu Qiangdong is also extending help to the merchants of Henan on JD’s platform with 10 supportive measures. Announced on July 22, the initiative includes everything from operating fee exemptions to free employer liability insurance. Qiangdong is an entrepreneur at heart, and he knows how important it is to get a helping hand when outside forces conspire against a business.

Liu Quiangdong comes from a humble background, but quickly rose in his career with a combination of hard work and education. By prioritizing computer programming and coding, he was able to sense and meet the new needs of customers in the retail space. He has turned a small company with just a few employees into the largest retailer in China, online and offline, with over 360,000 employees.

His success has long been built around other people. By implementing emergency response measures that draw attention toward who matters, Liu Qiangdong’s company can have a positive impact on how people weather the storm.