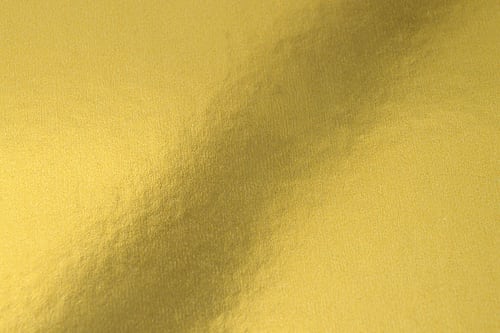 How familiar are you with the history of gold? There is something mysteriously appealing about this metal, which attracted civilizations worldwide.

It’s a symbol of power, purity, and natural beauty. Its beauty isn’t the only thing that makes this metal precious. It/// is probably the most versatile metal owing to its conductivity, extreme malleability, and resistance to oxidation.

Many currencies were backed up by this commodity until recently, which makes it a safe asset.

Discover more about the history of this valuable asset.

Gold was first discovered in rivers and streams in different corners of the globe, as it attracted the attention of people with its unique beauty and luster. The history of this precious metal dates back to 4000 BC, when ancient civilizations used it to make decorative objects. For a few millennia, it was used solely used for creating jewelry and idols.

It wasn’t until 1500 BC when Nubia, an ancient Egyptian empire, made gold an official exchange medium for international trade. In that time, Egypt manufactured a coin called Shekel, weighing 11.3 grams. This coin became the official unit of measure in the Middle East region. The Shekel was made from an alloy named electrum, containing one-third silver and two-thirds gold. Read this article to discover more about the value of the Shekel.

During this period the Babylonians came up with an assessment method called fire assay, which was incredibly effective in testing purity. A couple of centuries later, somewhere around 1200 BC, people in Egypt have made an important discovery. They learned that gold could be alloyed with other metals to become stronger and be provided with color pigments.

In the Bronze Age, Egyptians also experimented with different casting methods, one of which is still used today. The lost-wax method is a process during which a duplicate sculpture made of gold is cast from a wax sculpture. Around 560 BC, in Lydia, the first pure gold coins were minted. Centuries later, in 50 BC, the Romans started minting Aureus, a coin that got its name after the Latin term for gold, Aurum. Therefore, the chemical symbol for this metal in the periodic table of elements is Au.

In 1066 AD, when William the Conqueror became the King of England, a coin-based currency system was introduced for the first time in England. The new system brought the establishment of pence, shillings, and pounds. The pound was an actual pound of silver. Almost a century later, in 1284, Britain issued its first gold coin under the name Florin. Around the same time, another coin was issued in the Republic of Florence, called Ducat.

In the US, the first such coin was manufactured by Ephraim Brasher, a goldsmith. Only a few years later, the coinage act was passed by the US government, introducing a silver-gold standard that remained till 1976, the year when the US eventually abandoned the gold standard. Nowadays, this commodity is a promising investment asset due to its rich history. There is a myriad of investment companies, such as advantage gold, helping individuals transfer their retirement to a gold IRA. Precious metals add value and stability to portfolios.

Another event worth mentioning is the California Gold Rush, which took place in 1848 after a man called John Marshal discovered golden flakes in a Californian stream. In 1868, twenty years later, another man named George Harrison from South Africa discovered this metal in his yard. Since 1868, almost 40 percent of the mined amount comes from this African country.

History of the gold standard

This metal has been an object of obsession for more than 5,000 years. It has mysteriously attracted people all around the globe and has become accepted as an exchange medium everywhere in the world. At certain points throughout history, coins were minted by regular people, not central authorities. Since these coins were hammered, their shape was often irregular.

It’s no wonder homemade coinage couldn’t be regulated, which led to the development of a method called clipping. It refers to the habit of clipping tiny bits off the coins to accumulate enough material to mint more coins. Nevertheless, the clipping habit reduced the weight of the coins, which in turn diminished their value, especially when used abroad.

The gold standard was a monetary system, which was abandoned by all countries near the end of the First World War. The introduction of flat money and the coinage issues started creating troubles for most countries, especially those using a bi-metallic standard. Between gold and silver, the former was chosen to back up paper money. See this URL, https://www.thebalance.com/what-is-the-history-of-the-gold-standard-3306136, to gain a better understanding of this standard.

Globalization and colonization have made the discovery of this metal common, which allowed the standard to flourish. In 1871, Germany and England finally decided to adopt it, after which other developed nations did the same thing. The standard was indeed stable between 1871 and 1914, enabling countries to collaborate without any problems.

The collapse of this standard occurred at the start of World War I. During the war, most nations decided to suspend the standard and print money instead. Anyhow, the frenzy of money-printing led to nothing good but hyperinflation. When the war ended, most countries started to appreciate the stabilization of their currencies provided by the standard.

Nothing was the same after the war. Political ties between the countries weren’t as strong as before, the finances of governments were strained, and debts were skyrocketing. However, countries were reluctant to abandon the standard and hoped to reinstate it. The Great Depression played a role in the collapse as well.

Until the 1930s, many countries abandoned the gold standard, such as Great Britain. Only the nations with copious reserves didn’t abandon it, including the US and France. In fact, the US didn’t give up on this standard until 1971.

This valuable metal has an extensive history of human obsession dating as early as 5000 BC.