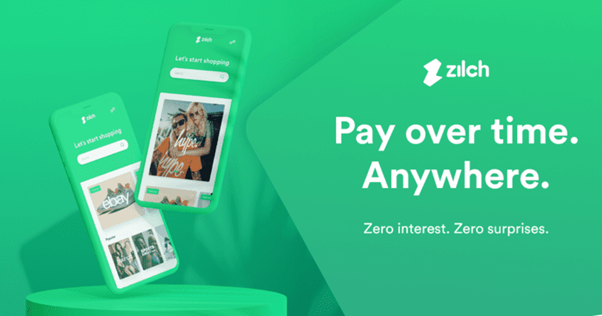 Buy now, pay later (BNPL) services are challenging traditional approaches to lending and consumers are responding. Fueled by trends such as increasing e-commerce sales and widespread adoption by retailers across industries, BNPL, which allows consumers to pay for purchases in installments, has grown considerably in recent years. Companies ranging from fintech start-ups to big banks are pursuing BNPL. Zilch, a London-based BNPL company founded in 2018, is standing out in this space with a unique direct-to-consumer approach.

BNPL companies traditionally rely on partnering with retailers to allow users to check out with a BNPL option when shopping online. These retailers pay the BNPL company each time one of its users makes a purchase. By contrast, Zilch allows its users to pay with a virtual Zilch card anywhere that accepts Mastercard, either online or in-store with Tap and Pay.

While other BNPL providers build their businesses by securing a network of online retail partners, Zilch is growing from multiple angles. It’s still partnering with retailers to offer users 0% APR on BNPL purchases at thousands of partner stores, but it also offers Zilch Anywhere, which charges customers a transaction fee but allows them to utilise Zilch’s services, including Pay in 4 plans and cash back Zilch Rewards, wherever they’d like to shop.

“At Zilch, we just don’t like the traditional model. We feel it’s becoming commoditized,” said Zilch founder and CEO Philip Belamant in an interview with Bloomberg TV. “We prefer going direct to the customer and really offering our customers the best option to buy now, pay later anywhere they like.”

BNPL is part of a wave of fintech disruptions to traditional banking and lending, but with its in-store payment options and direct-to-consumer approach, Zilch is unique even in this disruptive space. And investors have noticed: Zilch raised Series B and C funding totaling $299 million in 2021.

How Zilch Is Building a Unicorn

Zilch was founded by Belamant, an entrepreneur and mobile-payments expert who previously launched mobile payment services in 15 different countries across Asia, Africa, and Europe, including a top-40 fintech company in South Africa. Belamant remains the CEO at Zilch, shepherding the company through a stage of rapid growth that began shortly after it went live in 2019.

In November 2021, Belamant told CNBC that “It’s been 30%-35% underlying sales growth month-on-month for the entire year.” The company reported 1.2 million users while onboarding 200,000 each month. Zilch also announced it raised $110 million in funding from venture capital firms Ventura Capital and Gauss Ventures. The investment valued Zilch at $2 billion, up from $500 million just eight months earlier, which earned Zilch a spot on the Crunchbase Unicorn List in 2021 as a rare private company worth over $1 billion.

In addition to sales and user growth, Zilch grew from just 20 employees in March 2021 to 210 in November of the same year.

What’s behind this exponential growth and investment? As with any unicorn, the key seems to be that Zilch has hit on something both rare and in demand. In this case, while there’s no shortage of competitors in the BNPL space, Zilch is offering a unique direct-to-consumer approach designed to give consumers more flexibility in terms of where they can spend.

Belamant explained to Yahoo Finance that the goal behind this kind of service is “democratising access to free credit.”

Zilch has also emphasised that its product is about more than just dividing payments. Unlike other BNPL companies, Zilch offers its users a Pay in 1 option and the ability to pay the remainder of a Pay in 4 purchase at any time. When Zilch users choose to make their purchase in a single payment, they earn cash back in Zilch Rewards that can be applied to future purchases.

Recognizing the similarities among competitors was key in driving Zilch’s decision to pursue its direct-to-consumer business model. One of the younger start-ups in the BNPL space, Zilch has worked to establish an approach that differentiates it in an increasingly crowded industry.

As Belamant told CNBC, “Our view was, you can’t come late to the party and just do something exactly the same way.”

Another key factor in Zilch’s growth has been the overall boom of the BNPL industry, particularly since the onset of the COVID-19 pandemic.

The pandemic clearly played a role in driving e-commerce sales as more individuals were forced to shop from home. According to Worldpay, global e-commerce transactions increased by 19% in 2020 to $4.6 trillion. BNPL accounted for 2.1% of that total, or about $97 billion.

But demand for BNPL services was also high before the pandemic and continues to increase. A 2021 McKinsey & Company survey found that roughly 60% of respondents said they were likely to use some form of BNPL financing over the next six to 12 months.

For Zilch, one of the keys to riding this wave of growth has been to look beyond the traditional online-only approaches that have prevailed among BNPL companies. While e-commerce activity is increasing, brick-and-mortar sales still account for a majority of sales worldwide. Zilch is pursuing growth in this area with its Tap & Pay feature. Users can save the virtual Zilch card in digital wallet apps such as Apple Pay, Google Pay, and Samsung Pay, which are becoming increasingly prevalent as payment methods for in-store shopping.

What’s Next for Zilch?

With an increase in investment and continuous user growth, Zilch is preparing to expand into the United States and has recently established an office in Miami. Two developments have been particularly helpful for the company as it continues to grow in both the US and UK.

First, Zilch is following the expansion efforts of other BNPL companies. Several competitors have also been pursuing U.S. expansion, resulting in a higher awareness of BNPL services in general in the US These efforts have seen mixed results, but Zilch stands to build on a growing awareness of BNPL options while also distinguishing its product in terms of its direct-to-consumer approach.

Unlike other BNPL companies, Zilch’s growth is not based solely on increasing its network of partner retailers; it is also based on bypassing this network and increasing user adoption of Zilch Anywhere. By offering its product directly to consumers, the company can potentially grow at a faster rate.

Second, Zilch is committed to growing within a regulatory framework for BNPL. Zilch received a consumer credit licence from the UK’s Financial Conduct Authority in 2019 and has built its business on being a fully regulated company.