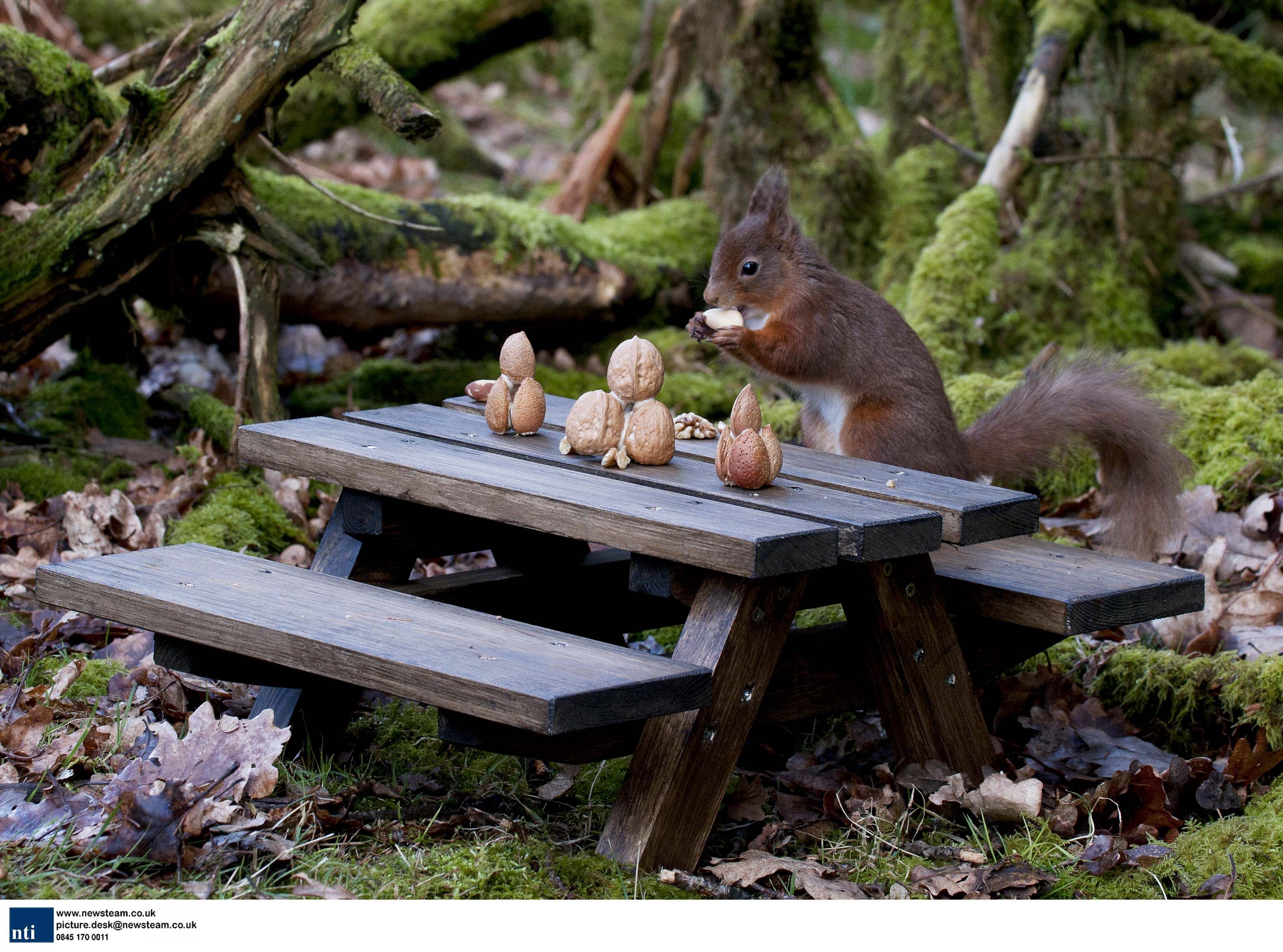 IT’S usually impossible to stop the kids going nuts when out on a family picnic – and this amazing picture shows these rare squirrels are no exception.

This extraordinary shot was created in just under three hours by 59-year-old amateur photographer Stuart Wilson, from Manchester.

It shows a a group of usually-elusive red squirrels sitting down at their very own picnic table to enjoy a meal in the woods, with their selection of nuts set out as a banquet fit for a king.

But, as usual, some of the family aren’t all paying attention, with one possibly bored youngster even scrabbling underneath the bench.

“I’ve been out a lot to get pictures of the red squirrels,” said Stuart. “I normally go to another forest, but there was an horrendous storm and they wouldn’t let me in so I went to Widdale forest in North Yorkshire.

“I asked an old lady if there were squirrels around normally, she laughed at me and pointed upwards, and there were a few just sat in the tree, eating nuts she’d brought for them.

“Turns out the squirrels there go mad for normal supermarket nuts, so I had an idea how to get some great shots.”

Stuart, who runs a DIY store, headed to his workshop and made a miniature picnic table for them to sit around.

“It was so easy to get them to come to you that I realised I could get them posed up with this table,” he added.

Astonishingly collecting the pictures took less than an hour and a half for Stuart. “I have several thousand pics at home of them, they just go absolutely bonkers for these nuts,” he said.

When he got home that night Stuart took less than an hour to prepare this stunning image, using a quick session on Photoshop to bring together several of the best images.

“It just took a quick cut and paste, because the images I got were so good. It’s just because it was so easy to keep getting these squirrels down,” said Stuart, who took up photography as a hobby just three years ago.

“I glued some nuts in the middle for table decoration, but all I needed to do on top of that was head back over every now and then and scatter a few more nuts on the table when they’d finished.

“As soon as your back is turned to the table after spreading nuts they’re there and I just started snapping.”