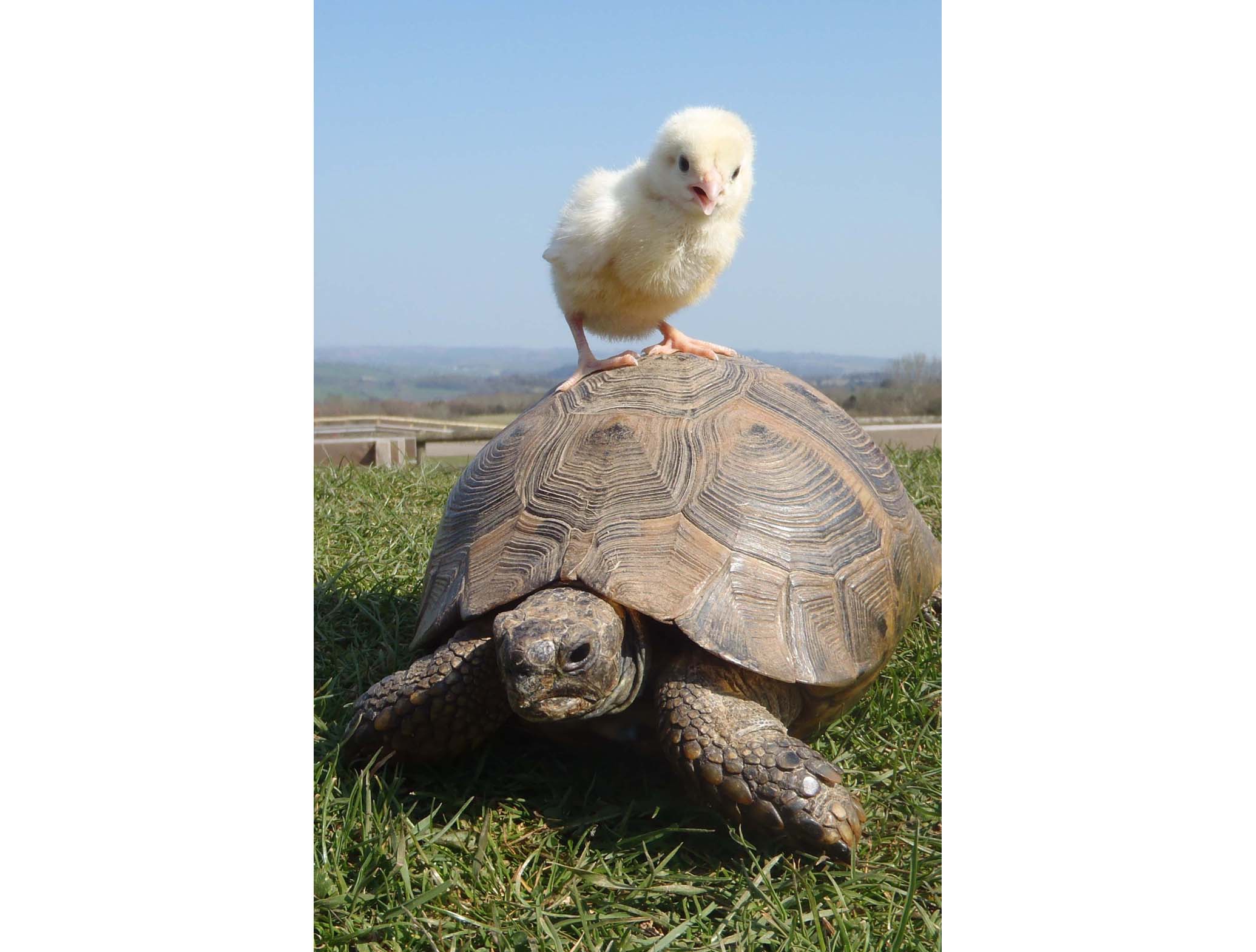 THIS young chick has stunned staff at a petting farm by making an unlikely best friend in the shape of a 36-year-old tortoise.

Two-week-old Bonnie and Samantha the tortoise have been inseparable since using the same heat lamp to keep warm last week.

The cute Spring duo are often spotted by visitors and staff at Pennywell Farm, Devon, with Bonnie riding around on the back of Samantha’s shell as she wanders around the farm.

Staff at the farm say Bonnie, along with other chicks who hatched this month, was using the same heat lamp before hatching as her tortoise pal, who had just come out of hibernation.

Farm owner Chris Murray, 59 – who also owns 12 ferrets and 50 micropigs – said Bonnie latched onto her unlikely companion as chicks often treat the first creatures they lay eyes on after birth as their parents.

Chris said: “When chicks hatch one of the first things they do is bond with the first creature they see.

“Because she’s very young this hasn’t been going on for very long, but it has been great to show new life, and as you don’t see many tortoises around it has been a lovely visitor attraction for people to see a little furry chick riding around on the back of a tortoise.

“Chicks like to practice their roosting positions and little Bonnie seems quite happy on the shell of Samantha.

“Bonnie looks like she feels very secure on top of Samantha because she moves around so slowly – it’s a nice relationship that they have.

“She certainly looks like she’s on top of the world, and tortoises are very thick skinned, so Samantha doesn’t seem too bothered either.”

Cheryl Hodgson, 25, from Sidmouth, Devon, who visited the farm, said: “It’s the cutest thing I think I’ve ever seen.

“Bonnie just seems quite happy on top of the tortoise and rides around with him – albeit at quite a slow speed.

“But she doesn’t seem to mind one bit. Its not the fastest form of transport but it helps her get around.

“It will be interesting to see how long they stay close friends for.

“It’s a strange friendship, because of the age gap,” she joked. “But it is really sweet.”