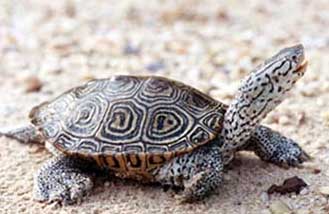 A HAIRDRESSER nearly died after he caught a lethal flesh-eating infection from his pet terrapin.

David Lynch was on the verge of losing his arm when the fatal bacteria spread all over his body.

The bug got into a small cut on his finger while he cleaned out the terrapin’s tank at his men’s hairdressers in Bury St Edmunds, Suffolk.

The 54-year-old said: “At one point they said if the infection didn’t stop spreading and reached my armpit they may have to think about amputating my arm.

“It was frightening, particularly with the nature of my job.”

Doctors later warned him they might need to amputate his finger after it turned black and his arm became swollen and red.

The father-of-three has since had reconstructive surgery and only returned to work last week – more than three months after the terrifying ordeal began.

He described the gory details, saying bits of his index finger on his left hand started falling off when the infection took hold.

The pain was so bad he wanted doctors to cut his finger off, he added.

David cleaned out the tank three days before Christmas but woke during the middle of the night on Christmas Eve to find his finger severely swollen and throbbing.

“The pain was excruciating, I have never known anything like it,” he said.

He rushed to West Suffolk Hospital in Bury, where he was given antibiotics for an infection and painkillers before being sent home.

But later that day his condition worsened.

His finger turned black and his arm became swollen and red.

David was admitted to hospital, where he spent six days on a cocktail of intravenous antibiotics. He was warned if the anitbiotics didn’t work he would die.

A sample of his blood was sent for analysis and he was diagnosed with a potentially lethal bacterial infection known as a Group G streptococcal – and the terrapin, called Cosmo, was identified as the culprit.

On Christmas Day he was taken for an operation, where his hand was opened up to ‘wash-out’ the infection.

He then had a second operation and was faced with the prospect of losing his finger.

But instead, the dead flesh on it was removed and he was referred to Addenbrooke’s Hospital in Cambridge for reconstructive surgery.

David continued: “Bits of my finger were falling off each day and I wished I had just had it cut off.”

Later the bone in his finger became visible and he has since had three skin grafts to correct it.

The hairdresser has started having occupational therapy to improve the movement in his damaged finger.

Cosmo was originally bought by David for his 15-year-old daughter seven years ago.

But when she lost interest, he took Cosmo to work where he proved a hit with the customers. Now Cosmo has been re-homed through one of David’s customers.

David said: “Any animal that defecates in its own water, like tropical fish, culture these bacteria.

“My advice to anybody who’s got tropical fish, or that type of aquarium, is to wear rubber gloves when you clean them out, feed them or handle them because you never know.”