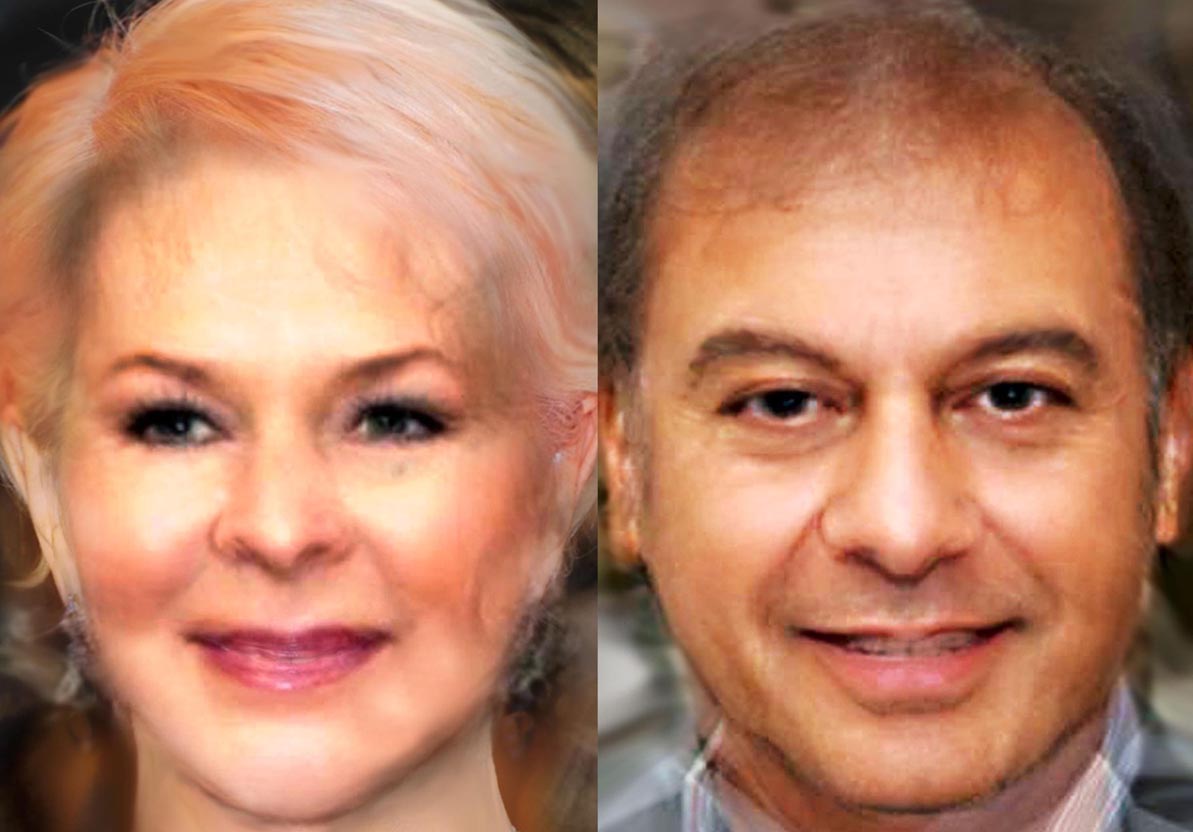 IF you look anything like this – chances are you’re going to make a success of yourself and be filthy rich.

That’s because experts have scrutinised the features of the UK’s most successful people and come up with a facial model most likely to get you ahead in the world.

Made up of a composite of the 10 richest men and women in the UK these faces show the results of what features will most likely make you a mega-rich tycoon or entrepreneur.

Personology is a branch of psychology that explores the correlation’s between the shape of a person’s face and their behaviour.

Mark Riley, Marketing Director of MyJobGroup.co.uk, who carried out the study, said: “Success in business is down to many factors, one of which could well be our facial features.

“Following our analysis with Naomi Tickle, we were surprised to see how prominent certain features were in the faces of the UK’s ten richest men and women.

But all is not necessarily lost if you don’t share the common features of success.

“Whether or not you match up to our ‘Face of Success’ images, one of the most important factors in business success is being in the right job at the right time,” added Mr Riley.

“Those with thin, fine hair are refined emotionally. A thick, full lower lip indicates spontaneous generosity to friends and strangers as well as talkativeness.”

It’s not the first time that facial features have been used to try and predict characteristics. The science of personology was born in the 1930s.

In the late 1930’s Judge Edward Vincent Jones began to correlate personality traits by identifying their physical markers and the specific behaviours attached to each trait.

Prisoners who appeared in his courtroom allegedly found a judge who had already “guessed” with great accuracy the crime of which they were accused.

Soon, he began teaching his friends this skill and eventually started teaching classes.

Personologists believe that by working out what traits come with what facial features you can work out how people will work and react, however sceptics dismiss the this as there is no scientific proof to back it up. It has been described as “a New Age variation of the ancient pseudoscience “.

Despite the criticism personologists insist they can identify how people would do in business, and it seems you should avoid any bank managers who turn their nose up at you. “A ski-slope upturned nose person will usually be a poor money manager,” added Mr Roman.

Roman nose – has an eye for a bargain, very cost conscious and a desire for money
Sloped back forehead – quick to respond and can think on their feet
Ears set back on head – focuses on the future and can be extravagant
Wide set eyes – sees the bigger picture and is a multi-tasker
Protruding chin – tenacious
Flared nostrils – very independent and high self reliance
Inverted ‘V’ eyebrows – good at seeing the overall picture

Long philtrum – dry sense of humour and sarcastic at times but doesn’t take criticism too personally
Flared eyebrows – enjoys the limelight and is very creative
Roman nose – has an eye for a bargain, very cost conscious and a desire for money
Sloped back forehead – quick to respond and can think on their feet
High forehead – needs intellectual challenges and thinks outside the box