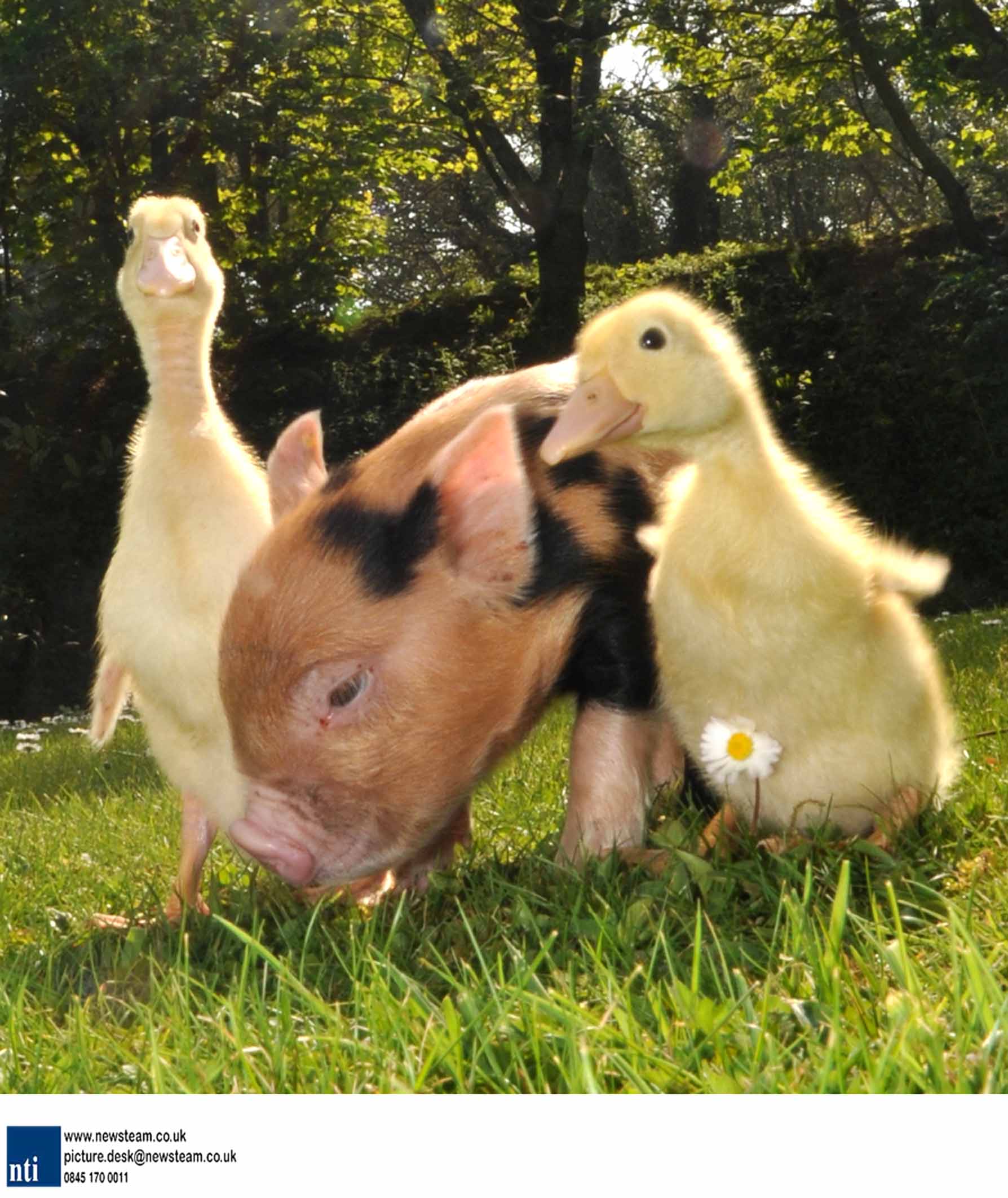 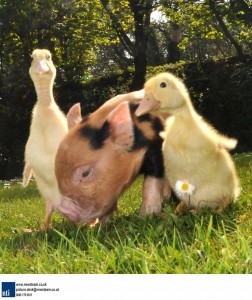 THIS little piglet got more than he bargained for when he wandered away from his mother, when a pair of ducklings took him under their wing.

Little Leo, who lives on Pennywell Farm in Devon, wandered away from his mother last week by squeezing his tiny frame through a gap in a fence around their orchard.

He headed towards the duck pond on the farm and came across his unlikely new friends.  Since then the three have been inseparable.

Leo wandered away from his mother along with his two brothers Ebony and Chocolate, but while they have happily returned to their mother’s side Leo goes quackers if he’s taken away from his new pals.

Farm owner Chris Murray found the piglet playing and snoozing in the spring sun with the ducklings and says the two feathered friends even rounded him up if he started to wander too far away.

As can be seen in the pictures the three like to snuggle up close in the sun, with the two ducklings acting as lookouts for danger as younger Leo regains his energy.

“It was astonishing,” said Chris. “Everyone at the farm couldn’t believe what they were seeing.

“They played happily together all afternoon and have been inseparable ever since. It’s like Leo suddenly thinks he’s a duck.”

Chris, 60, owns over 50 of the Pennywell Miniature Pigs as well as over 150
other farm animals on his farm. “When chicks hatch one of the first things they do is bond with the first creature they see,” he said.

“So when they meet a little friendly pig who is more than happy to hang around with them they love it and form a bond as you can see.”

The ducklings can now regularly be seen snoozing together, and enjoyed the bank holiday sun on Friday morning.

“They look so happy together, so content. If the piglet wanders off the two ducklings chase after him to make sure he doesn’t get into danger.”

Leo is a Pennywell Miniature Pig, bred at the farm since 1992. The average piglet weighs just 8oz at birth and they grow to about 1/5th of the size of an ordinary pig.