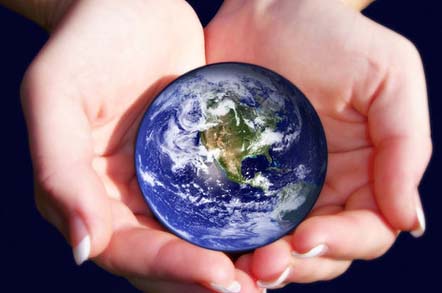 The sportsmen joined the appeal to recycle clothes for World Environment Day – and help break a world record at the same time.

The Trafford Centre is spearheading the attempt, to mark the international day for the environment on June 5th.

Working in conjunction with Recycle for Greater Manchester, and the children’s charity Barnardos, staff at The Trafford Centre are hoping to collect more than 34,000 items of clothing as quickly as possible – the current Guinness World Record stands at 33,088.

Gordon McKinnon, director of operations at the centre, said: “As part of our ambition to be the greenest shopping centre in the country, we always mark World Environment Day with something big.

“This year, we decided to concentrate on waste within the fashion industry.

“We hope to show people that the current trend for disposable fashion does not mean you have to throw your old fashion away – in fact, quite the opposite. The more we consume, the more careful we need to be with our waste.

“The clothes we collect will be either sold on via Barnardos to be used again, or recycled and transformed into useful blankets.”

Shoppers are invited to drop off their items for recycling over the weekend of the 4th and 5th of June (World Environment Day is on 5th June). Only large items of clothing are acceptable under the Guinness World Records rules – which means that jeans and shirts are acceptable, but socks, underwear and accessories are not.

After the Big Recycling Weekend of the 4th and 5th, the Recycle for Greater Manchester network will be collecting items on behalf of The Trafford Centre around the region.

Bolton Council have invited schools to participate in the record attempt, which they are running as a competition to see which school collects the most clothing by weight. The winning school will be awarded a certificate, a compost bin and a full day of Waste and Recycling activities for their school, such as a junk sculpture day, or a recycled fashion show.

Certificate
Everyone who donates clothing will receive a thank-you certificate showing how many items they contributed to the World Record Attempt.

Karen Hall from Recycle for Greater Manchester said: “There will be lots for people to get involved with after donating, such as the Recycle Pledge where you could win £100 of shopping vouchers, a living room made from entirely pre-loved furniture, a Recycle Right video brought to you by Dave Spikey.

“You can also try out our new iPhone recycling app, view some fabulous recycled origami art, and of course get all the info you need on recycling.”

The campaign will continue until the World Record amount is reached.

Barnardo’s northwest director Mark Lee said: “We are delighted to be working with the Trafford Centre and Recycle for Greater Manchester to raise awareness for World Environment Day.

“It will be a tall order to break the previous record so I would urge all shoppers to donate any unwanted items which can then be sold again in our many retail stores in the North West.

“All money raised in Barnardo’s shops goes to helping vulnerable children in the local area who may be suffering from abuse, poverty and discrimination. By attempting to break this world record we can go a long way to helping them to turn their lives around.”

Photo Caption: Help Us: Players from Salford City Reds pledge their support for the record attempt by donating their old strip to the appeal. Pictured, from left, are: SCR’s Chris Nero and Jodie Broughton, Ron the Meeter and Greeter from The Trafford Centre, Karen Hall from Recycle for Greater Manchester, Alison Reid from The Trafford Centre, and SCR’s Ashley Gibson and Wayne Godwin.