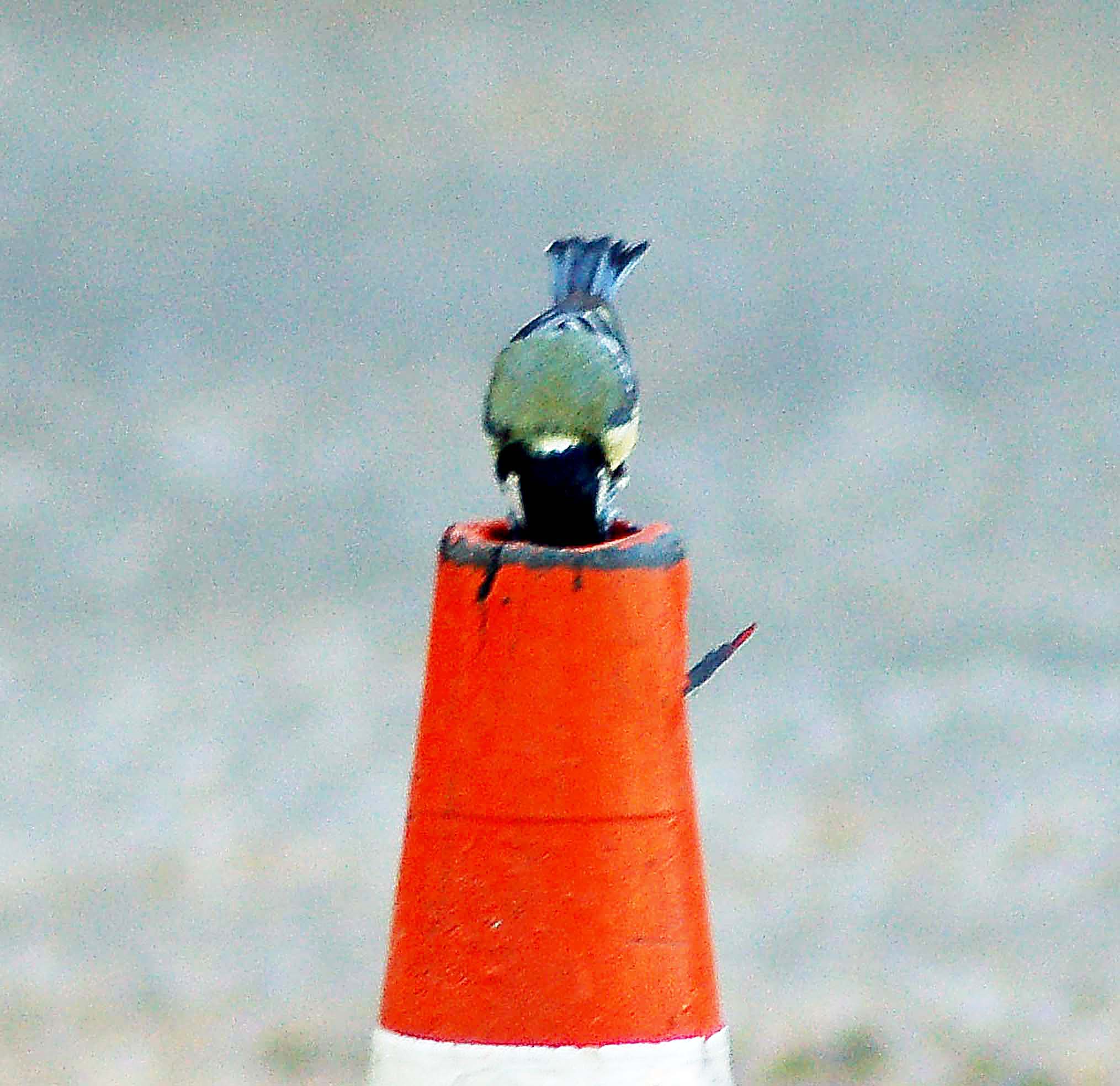 THIS family of Great Tits have made an unlikely home underneath a traffic cone on a car park.

The intrepid little birds are enjoying the unusual shelter after their mother decided to nest there.

Chris Blake, 65, snapped the amazing images on Thursday of the mother and her chicks under the cone at Holt Hall Field Studies Centre in North Norfolk.

The nest arrived on the car park at the centre two weeks ago and hatched recently, much to the delight of staff and visitors.

Mr Blake, who is head gardener at the centre, said: “We just put the cones out to keep the cars off the grass really.

“And about two weeks ago I moved one of them and spotted this intricate nest with nine eggs underneath.

“So I just left them to it and kept and eye on it and then I spotted mum flying down now and again.

“Not long after that I looked under again and there were nine chicks underneath. It was incredible.

“Mum flies around and brings them worms and other food – and it’s amazing to watch her drop it in through the top of the cone.

“They usually nest up in the air so I was very surprised to see this down on the ground. I’ve never known anything like it.

“We are keeping our fingers crossed that they will fledge very soon, however as we have a Fairy Fair here this weekend.”