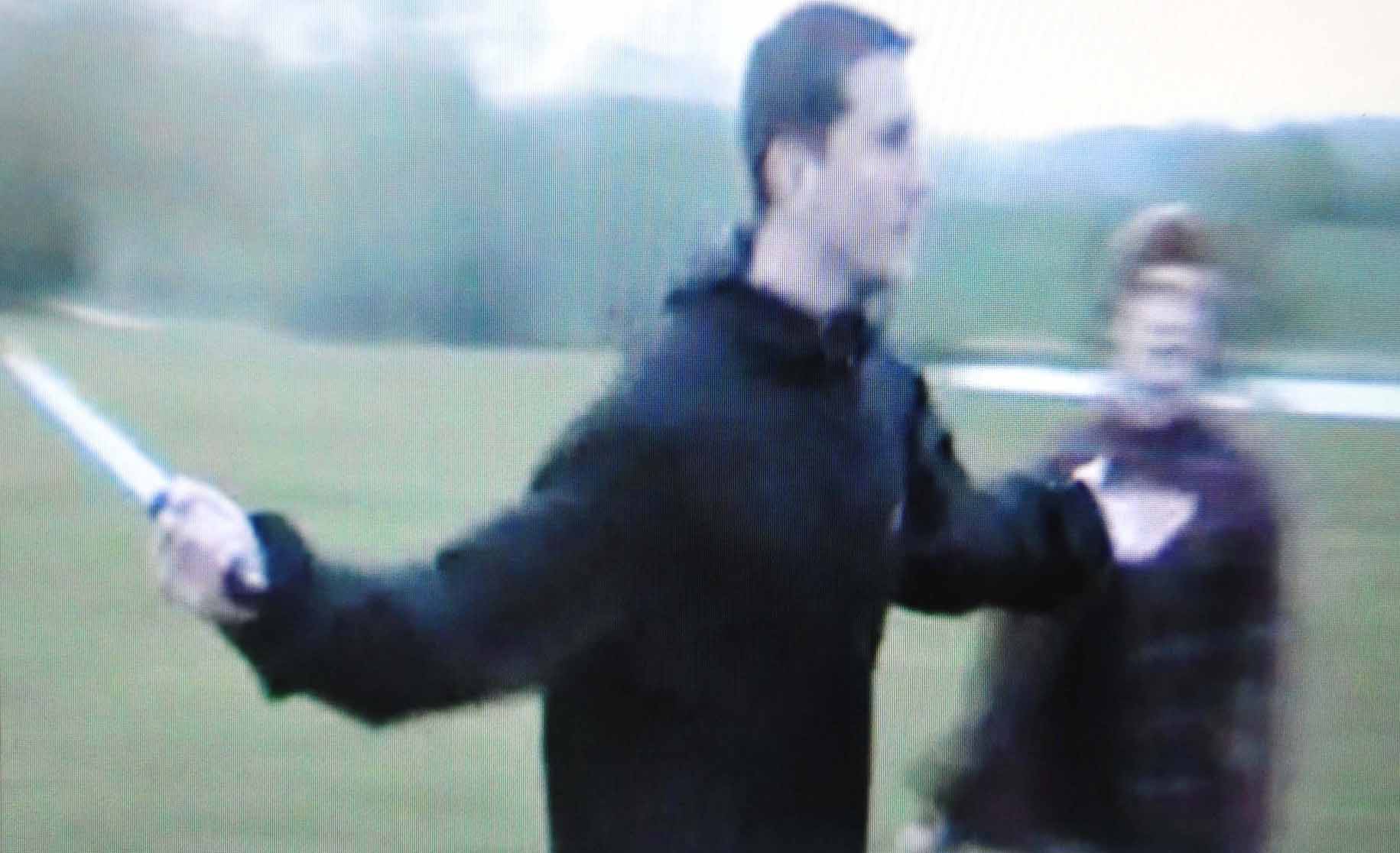 THIS is the terrifying moment a thug threatened passers by with a carving knife, saying he would stab them in the neck.

Liam Parrish wields the blade in a park in Peterborough as a witness captures the incident on their camera phone.

Parrish is shown brandishing the large carving knife and screaming “I’ll stab the lot of you” and “I’ll stab you right in the neck”.

Budd is also seen running at the cameraman with the knife in his hand, near the car park of the popular park.

One picture show Parrish holding the knife towards a blonde haired girl during the incident, which involved two separate groups, both in the park to celebrate birthdays.Another shows him waving the knife in front of terrified onlookers

23-year-old Parrish and co-defendant Josh Budd, 19, both from Peterborough, who is also shown in the video, was jailed for 12 months for the incident, a third defendant, Tai Burrows,22, from Oakham, Rutland, was given a suspended 12 week jail term.

The incident ended with 18-year-old Luke Sansby suffering a badly broken jaw which had to be fixed with metal plates by surgeons.

Charles Kellett, prosecuting, said the knife had come from a barbecue Mr Sansby was having with friends in Ferry Meadows park in Peterborough, and had been picked up by Parrish in the scuffle.

He added that in addition to the use of a knife bottles were thrown between the groups during the incident.

Budd and Parrish both pleaded guilty to charges of affray, Parrish was already serving a separate 12-month sentence for a robbery carried out in May 2010 when he first appeared in court for the affray in January.

Burrows pleaded guilty to one charge of affray and was ordered to carry out 150 hours of community service alongside his suspended sentence.