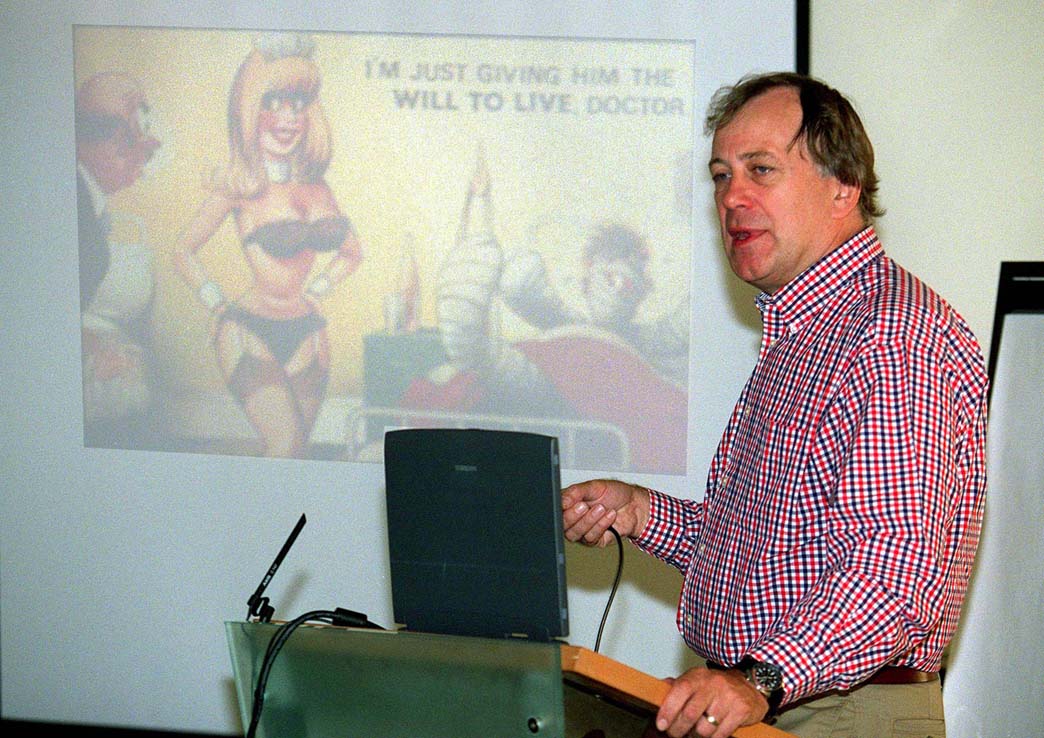 ONE of Britain’s top nurses honoured by the Queen has been sacked following allegations that he had a sexual relationship with one of his elderly patients.

Professor George Castledine, knighted at Buckingham Palace four years ago, has been axed from his job as chief executive of a leading health charity after being accused of having a relationship with a client in her 80s and accepting GBP6,000 from her.

It is alleged the incidents occurred while Prof Castledine was giving bereavement counselling at her home through his work a day centre in the Harborne area of the city.

The professor, aged in his 60s, was been dismissed from the Birmingham-based Institute of Aging and Health West Midlands (IAH) following an internal investigation.

Relatives of the 85-year-old woman at the centre of the allegations have called for Prof Castledine to be struck off and described his behaviour as “abhorrent”.

Her daughter, who wished to remain anonymous to protect her mother’s identity said: “My mother is 85 years old and no-one should expect the most cherished members of their family to be abused by people in a position of trust.

“My father had only been dead three months when Prof Castledine first came to give her bereavement counselling in February 2009. We only asked our GP to get her the help because she was in a such a dreadful state.

“Mum wasn’t getting out of bed or eating. She wasn’t functioning and was in an extremely vulnerable state when Prof Castledine came in and seized the opportunity.

“The family at first noticed the cheques but now we know it all. We want to express our gratitude to the IAH for delivering what we believe is the correct verdict despite Prof Castledine’s abhorrent behaviour.

“This is the first step in what has been a long and painful journey for the family and we hope this decision gives strength to other families who have been in a similar situation to come forward.”

Bernie Keenan, chairwoman of the IAH, said: “Following these allegations a thorough and rigourous investigation was instigated. “A subsequent hearing regarding this matter resulted in the dismissal of Professor Sir George Castledine from our employment.”

Prof Castledine is currently suspended for 18 months by the Nursing and Midwifery Council (NMC) while a separate investigation takes place into the same allegations by the nursing regulatory body. The nurse has denied the allegations put before the NMC and was unavailable for comment about his dismissal from the IAH.

Prof Castledine was the second ever male nurse to be knighted for his healthcare work in 2007 and is the former Assistant Dean for the nursing faculty at Birmingham City University, a former nursing consultant at Dudley Group of Hospitals and has worked in the Middle East and Africa for aid agencies.

He is understood to have overseen activities for lonely and isolated elderly people at Onneley House, which provides services to the elderly from tea dances to a healthy eating cafe.

An NMC statement into its investigation into Prof Castledine said: “The allegations relate to the breach of professional boundaries with a very vulnerable service user.

“The allegations also include the inappropriate acceptance of GBP6,000 and embarking on a sexual relationship with the service user.

“The panel have serious concerns that there is a risk of repetition given the nature of the allegations which took place over a period of many months.”