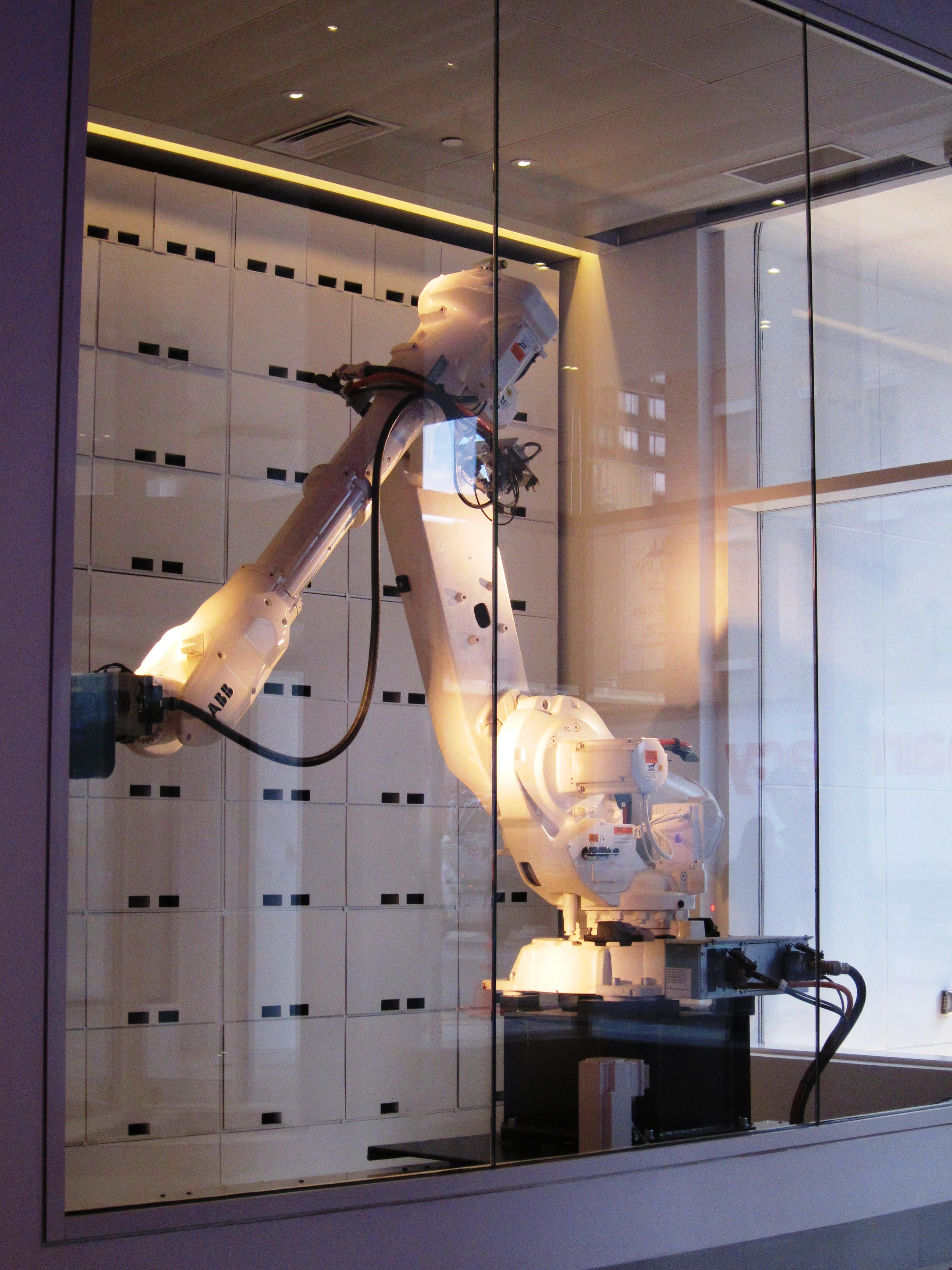 THIS futuristic contraption is believed to be the world’s first-ever robotic hotel luggage handler.

The sophisticated Jetsons-esque device will be aiding tourists with their heavy baggage at a British hotel chain based in New York from next week.

‘Yobot’ stands at the glass-fronted lobby of the city’s Yotel ready to rack guests luggage into storage bins so they don’t have to haul it around if they’ve arrived before check-in.

The robotic arm picks up the bag from a slab and slides into one of 133 lockers.

Guests get back a bar-coded ticket, which they insert into the system when they want Yobot to return your bags.

Based at 10th Avenue and 41st Street, the 15ft self-service robot has been wowing passers-by even before the hotel’s opening on June 1.

John Phelps, who designed the contraption, said: “It’s not what the robot is doing – it’s having a new operator come in without any pre-training and be able to make it do what it does. We have a new operator coming in every minute.”

British entrepreneur Simon Woodroffe, whose YO! Sushi restaurants were using robotics as early as 1997, saw Yobot in action for the first time last Tuesday.

He said: “I think the robotics you see there are absolutely the tip of the iceberg.”

“People actually loved them and interestingly, the most commonly said thing was ‘Can we buy one?”

As well as the robot, a couple of tables in the dining room sink into the floor so the space can become a dance floor late at night and a conference room tabletop and it turns into a billiard table.

British tourist Julian Poole, 30, who will be travelling to New York with his family in the summer, is planning on staying at the new hotel.

He said: “It looks really flash and the check-in is a quirky little novelty, which I’m sure we’ll enjoy – as long  the rest of the hotel is OK.”