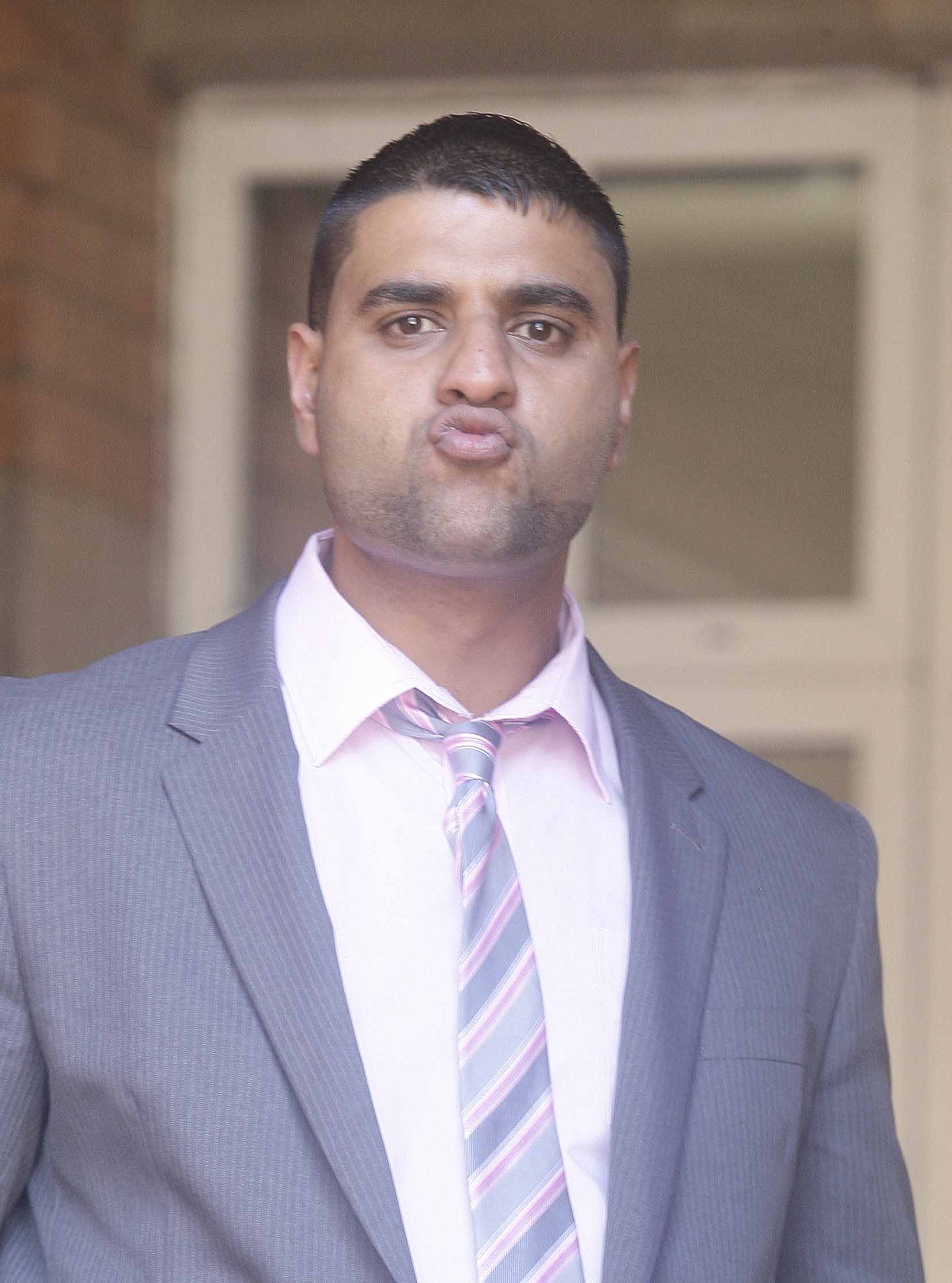 NINE Asian men have gone on trial yesterday accused of a string of sickening child prostitution offences against teenagers over a two-year period.

The gang of men from Telford, Shropshire, are charged with 56 counts of trafficking, raping and sexually abusing seven girls.

Stafford Crown Court heard three of the men, brothers Ahdel Ali, 23, Mubarek Ali, 28 and Tanveer Ahmed, 39, acted as ‘pimps’ and exploited their victims – the youngest being 13.

Meanwhile Abdul Rouf, 34, and the oldest defendant Mohammed Younis, 59 used their homes as brothels to allow men to engage in sexual activities with girls, it is alleged.

Opening the trial for the prosecution, Debbi Gould said: “This case is about exploitation.
The Crown say that the men in the dock variously trafficked, raped or sexually abused girls both over and under the age of 16 years over a considerable period of time.

“You will neither like nor be impressed by the behaviour, attitudes and morals of some of the defendants in this case, most of whom are married men and the teenage girls who feature in this case.

“The Crown says that just as the defence will accuse the girls of telling lies, so to have the defendants lied.

“Don’t be bamboozled, don’t be confused and don’t be misled. The psychology of abuse and our understanding of it has greatly changed in recent years.”

Jurors were told the men enticed the girls with their cars, jobs and money before grooming and exploiting them either for their own sexual gratification or money.

Some went further and treated them as sexual commodities to be sold or gifted, the court heard.

Two girls, who cannot be named for legal reasons, were ‘slowly but surely’ persuaded by the Ali brothers and Ahmed through a combination of attention, gifts, encouragement, pressure and guilt to have sexual activity with others for their benefit, Miss Gould said.

“Having established that their victims were prepared to accommodate that to please them, the next logical step was to encourage them to do this for payment,” she told the jury.

“Pimps, for that is what the Crown says that Ahdel Ali, Mubarek Ali and Tanveer Ahmed are, identified and then exploited their victims’ need for attention and protection.”

The brothers used one girl as a child prostitute and transported her to  different locations to meet men, assisted by Noshad Hussain, 20.

The court heard they would ply the 15-year-old with drink, drugs, cannabis and cigarettes and encourage her to have sex with others as a ‘favour’ to them.

On one occasion, she was driven to a park in Stoke-on-Trent to meet a man from Bradford to perform oral sex.

Two of the girls were groomed in a churchyard in Telford where young Asian males congregated to drink and smoke.

One 15-year-old is alleged to have performed oral sex on Mohammed Ali Sultan, 24, on three occasions.

The jury were warned that what they were likely to be stressed, angry and disturbed by some of the evidence in the case.