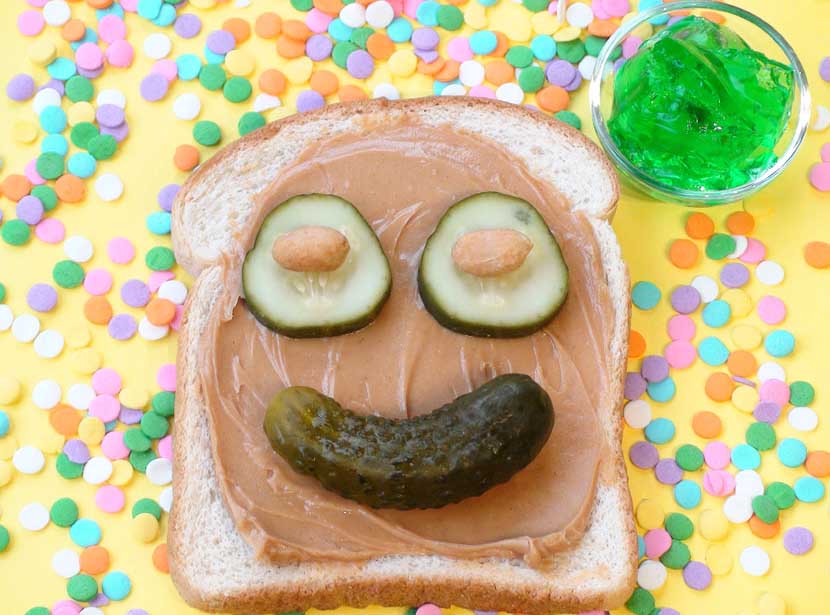 ALL mothers will remember the period during their pregnancy when food that always seemed revolting was suddenly the one thing you wanted.

And now a survey has revealed the top ten weirdest of these cravings – topped by the topping of Marmite and chocolate spread.

Including astonishing sandwich combinations such as oranges and salad cream and even banana and coal, the poll was carried out by sandwich toasting company after they looked at some of the odd recipes people had sent them over the years.

One soon-to-be mum said she even combined her whole Sunday roast in a sandwich as she admitted combining roast chicken with ice cream for a soggy, bittersweet, snack.

The survey of over 2,000 pregnant women by Toastabags reported around a third of cravings were for household items such as toothpaste and soap powder.

One of the bizarre cravings listed in the survey included fried eggs with mint sauce.

Previous reports have ranged from cravings for oddities such as cigarette butts to uncontrollable appetites for peaches, but the new survey has highlighted even more bizarre concoctions women are drawn to while awaiting their little bundles of joy.

Toastabags’ directors Guy Unwin and Caroline Kavanagh are often concocting new recipes for their packs, but even they were shocked at some of the food combinations that their customers have been cooking up in their bags.

Mr Unwin, said: “Having invented the concept, I thought I was master of the strange fillings including leftover chicken and curry sauce.

“However, these suggestions are beyond even my wildest culinary concoctions.

“I’ve tried most of the ideas, except the Coal & Banana, and found some to be surprisingly tasty. My personal favourite is cheese and prune”.

Caroline added: “I was amazed by some of the results, but you do want the strangest things when you’re pregnant.

“Your tastebuds change and your hormones change, your sense of taste and even smell becomes completely different, so suddenly that lump of coal looks and smells delicious.

“People email us with ideas all the time, because we put recipe ideas in packs, and some of them are intriguing.

“We all have our little quirks, things we like that others don’t. I like sweet sandwiches, I love peanut butter and cranberry jelly. I sometimes replace the bread in the toastabag with crepes.”

But despite her own cravings Caroline hasn’t been drawn into trying any of the weirder suggestions sent in. “Personally I haven’t tried any of them,” she said. “One of the girls who works for us tried a mashed potato sandwich, let’s just say it got a bit messy but I think she enjoyed it.