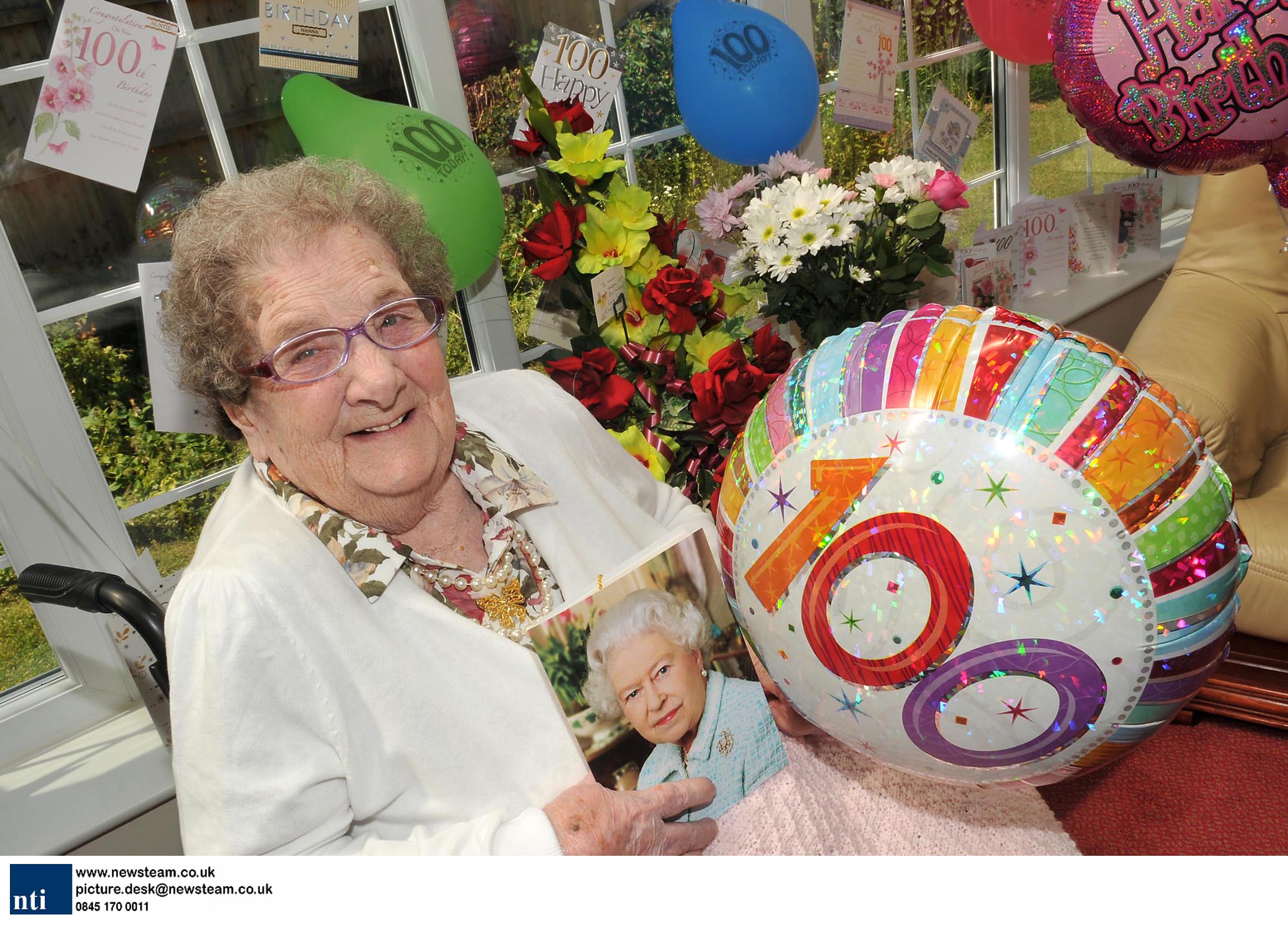 AT 100-years-old Beaty Bullock’s age is only beaten by her remarkable impact on the world – as she has produced an astonishing lineage of 118 offspring.

Her grandchildren include 16 granddaughters and 12 grandsons.

Beaty was born in Clenchwarton, near King’s Lynn, Norfolk, where she lived until she married her husband in October 1929, at the age of 18.

Beaty and her late husband, Albert, lived in Terrington St Clement, Norfolk, and had 10 children – six boys and four girls. Her first born, John, died nine years ago, another son, Billy, died 12 years ago and her second oldest child, Derek, died this January.

Her oldest grandson is 59-year-old Steven Bullock, who lives in Chippenham, Wiltshire, and her oldest granddaughter is 58-year-old Maureen Howling, from Downham Market, Norfolk.

Her brood has increased again within the last month with the latest addition to the family being two-week-old Sawyer Rust, who was born on June 3, Beaty’s birthday.

Another of her great-great-grandchildren was also born on the same date last year. She admits that having so many in her family can cause problems at her advanced age.

“I do as much as I can to send birthday cards but I do get a bit confused,” she said.

When it comes to Christmas cards Beaty, who now lives in a nursing home, is helped by her daughter Jean Hammond, 77.

Talking about her large family, who mainly live in towns across Norfolk, she added that she is “proud” and has “no regrets”.

Beaty came from a large family herself, being one of six daughters, and is still a key part of her large family.

She enjoys regular visits from her family members, even those who currently live near Aberdeen, in Scotland.

She said: “I love my children. I never went out gallivanting, I wanted to look after my home and children.”

The majority of her extensive family attended her special birthday party on June 4, at Middleton Village Hall, which she “thoroughly enjoyed”.

And what is the secret behind Beaty’s long life? She said: “Hard work and worry.”