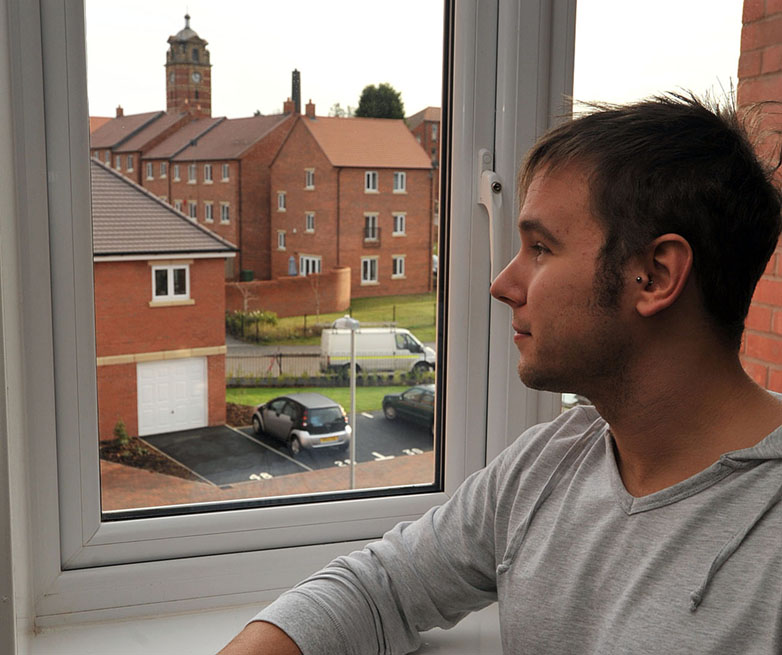 MANY dream of returning to their roots one day to settle down, but one man has taken the idea one step further – by moving into a home in the hospital where he was born.

24-year-old engineer Andrew Watson has returned to the place he entered the world after snapping up a two-bedroom apartment on the site of the former Wordsley Hospital in Stourbridge, West Midlands.

He is now settling into his new abode in Marshall Crescent, just yards from where the maternity unit would have stood.

“I always planned to live in this area but I didn’t expect to end up here,” said Andrew, who works at engineering firm Mechatherm in Kingswinford West Midlands. “I guess I really have returned to my roots,”

“I first heard about the plans to build homes here a couple of years ago. I made some inquiries and thought it was a great place.

“Apparently I would have been born less than 100 yards from my apartment, which is amazing.”

The family’s connection to the building is strong. Andrew’s sister Michelle was also born at the hospital and worked as a nurse there before it closed in 2005.

Andrew has bought the property using the FirstBuy scheme, where first time buyers get a loan of 20 per cent of the cost that does not have to be repaid for five years.

He said his parents, Sheila and Michael, also from Stourbridge, were “delighted” he had “gone back to where it all started”.

Mr Watson added: “I was living with my parents and was saving up for a deposit for my first home.”

New flats have been built next to the old hospital buildings – which has also been converted into homes – as part of a new development by house builders Persimmon.

Shropshire Homes is converting some of remaining historic buildings, including the landmark clocktower.