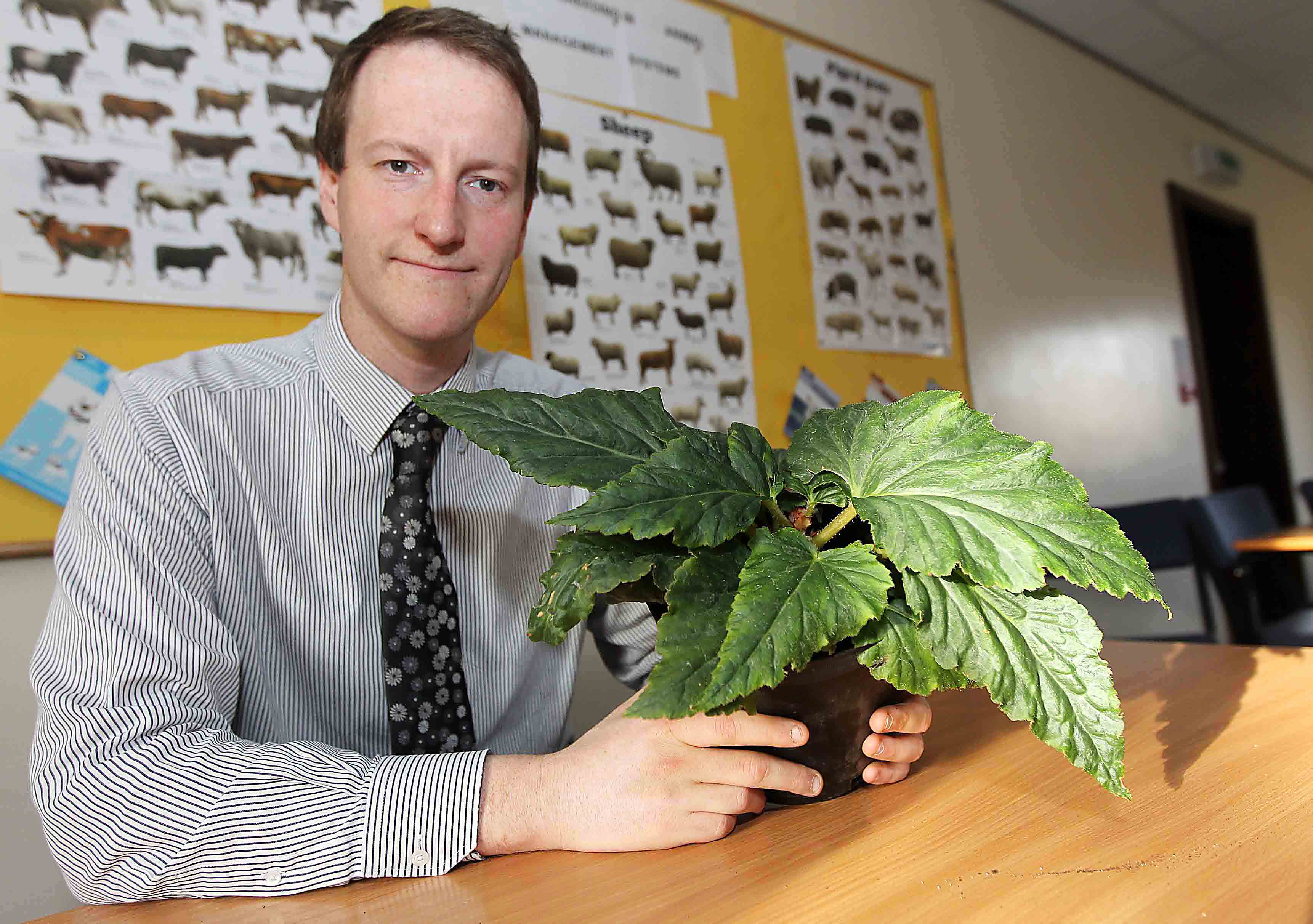 DESPITE reports of his death, Kim Jong-il has been found alive and well and living in the UK.

But this Kim Jong-il is an ultra-rare plant named in honour of the former dictator rather than a human being.

While North Korea mourns its former dictator after his death on Saturday, his namesake is thriving in its Northamptonshire home.

Experts say that, like its namesake, the plant can live without modern technology and possesses a robust defence system.

It is thought to be the only specimen of the Kim Jong-il begonia – known as ‘Kimjongilia’ in the UK.

The plant is widely grown in North Korea, where it takes its name from the recently-deceased despot.

Dozens of the flowers lined Jong-il’s glass coffin as he lay in state at Kumsusan Memorial Palace, Pyongyang.

Mr Sharp said: “I’m always on the look-out for unusual plants and this one was brought back from North Korea by a friend who was on a study trip.

“It’s a really rare variety of begonia which is very interesting to see in this country.”

The plant was developed in 1988 to commemorate Kim Jong-il’s 46th birthday.

Students at Molton College are studying it because of the unusual way it is grown in North Korea, without the use of modern chemicals or fertilisers.

They believe the plant will grow particularly well in the East Midlands and plan to breed it so it can be sold through the college’s garden centre next year.

Mr Sharp said: “It’s quite a difficult plant to grow. If you damage the leaves, they just rot away.

“But it doesn’t suffer from pests. It seems to have a very good defence system, just like North Korea.”

The plant is designed to flower every February, the month of Kim Jong-il’s birthday.

When it blooms, it sports large red flowers but the plant at Moulton College had its flowers removed last month to encourage it to flower again next year.

Mr Sharp said: “It’s a very interesting plant from a gardening point of view. The flowers are very similar to what you would see on a normal bergonia.

“But I’m told it’s the most popular plant in North Korea, everybody’s got them.”

The flower also lent its name to a patriotic song, as well as an anti Jong-il documentary film containing interviews with former North Korean political prisoners.

He was not the first ruler of the communist country to have a flower named after him – Kimilsungia is named after Jong-il’s father and predecessor, Kim Il-sung.

He had led North Korea since 1994 and was known as ‘the Dear Leader’ in the isolated communist country.

During his time in power, it is estimated that between two and three million North Koreans died of starvation.