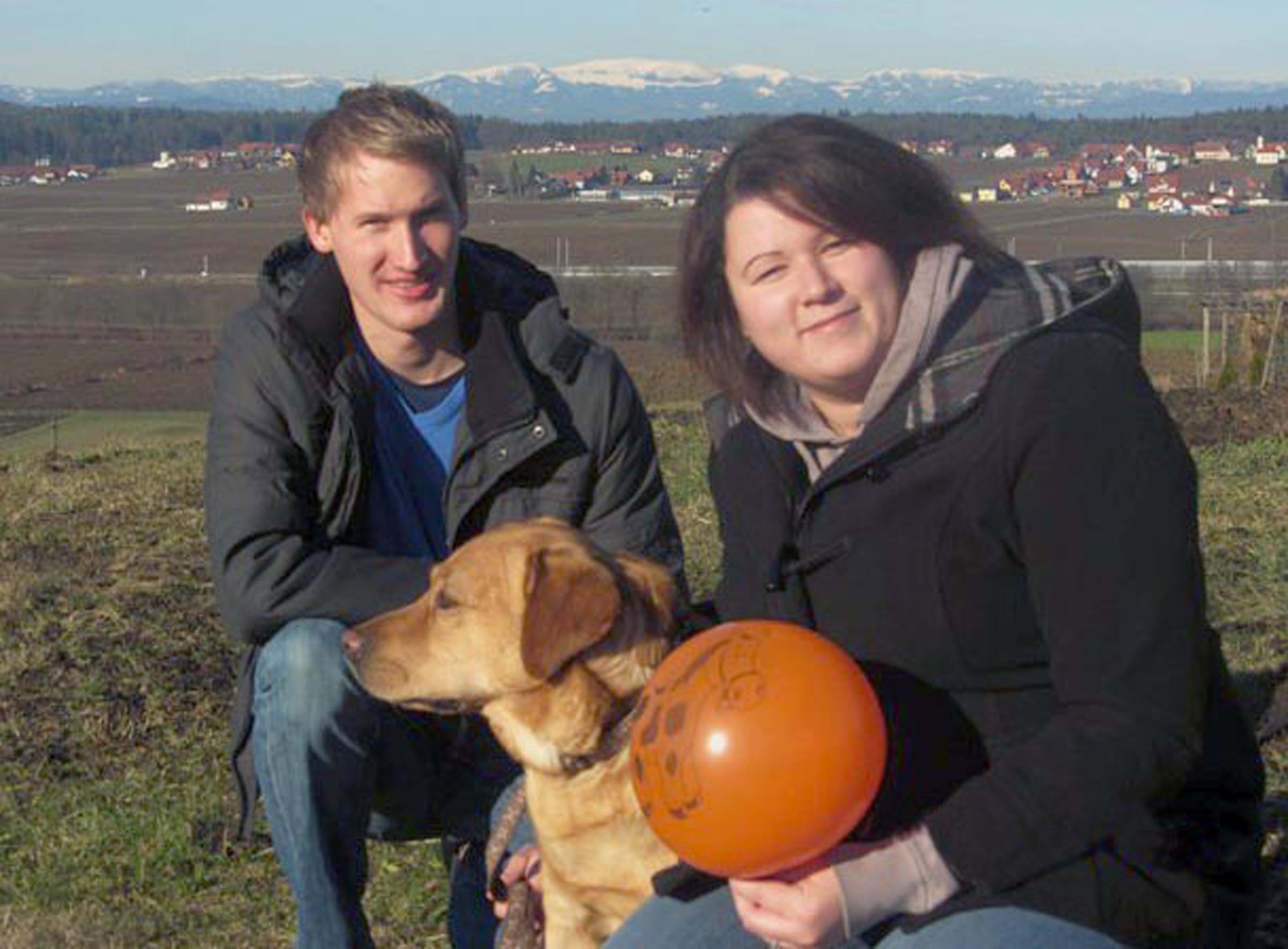 A FARM was amazed to learn that one of its balloons released by a child had travelled almost 1,000 miles after an astonished AUSTRIAN couple found it in their village field.

Robert Muller and his girlfriend Tamara Temmel, both 22, discovered the balloon whilst on a quiet walk in their village of Wettmannstatten, in Styria, southeast Austria.

A closer inspection of the balloon revealed it belonged to Woodside Animal Farm and Leisure Park, near Luton in Bedfordshire, meaning it had traveled a staggering 930 miles – a remarkable distance for a standard balloon to travel without popping.

Speaking about their shocking find, salesman Robert said: “The balloon was in the grass in a field, my girlfriend went to pick it up and saw it was from England.

“It was a bit of a shock. We thought that it was far away from England here. It’s amazing that it travelled over the sea and over the mountains.”

The young couple, who live together in the quiet Austrian village, decided to send an email to Woodside Farm, letting them know what an incredible trip their balloon had been on.

“My girlfriend showed me the balloon and we thought we must send an email to the farm,” added Robert.

The email, which reads ‘we were fascinated by finding a balloon from the Woodside Farm near Luton in our small village. The balloon had to fly a long way to Austria and we wish you nice greeting from here’, was picked up by the children’s farm and leisure park – who have confirmed it is the furthest one of their balloons has ever travelled.

Maria Kerr, Director of Woodside Farm and Leisure Park said “It’s amazing to think that the balloon has travelled that far, and it’s wonderful to hear from people so far away who have taken the time to find out who we are and where we are based to make contact with us.”

Woodside Farm and Leisure Park is set in acres of Bedfordshire countryside and offers children the opportunity to cuddle a chick, pet a baby goat or even hold snakes and tarantulas.

The balloon is believed to have been accidentally let into the atmosphere by a child as there was no special message written on it, just the farm’s logo and markings.