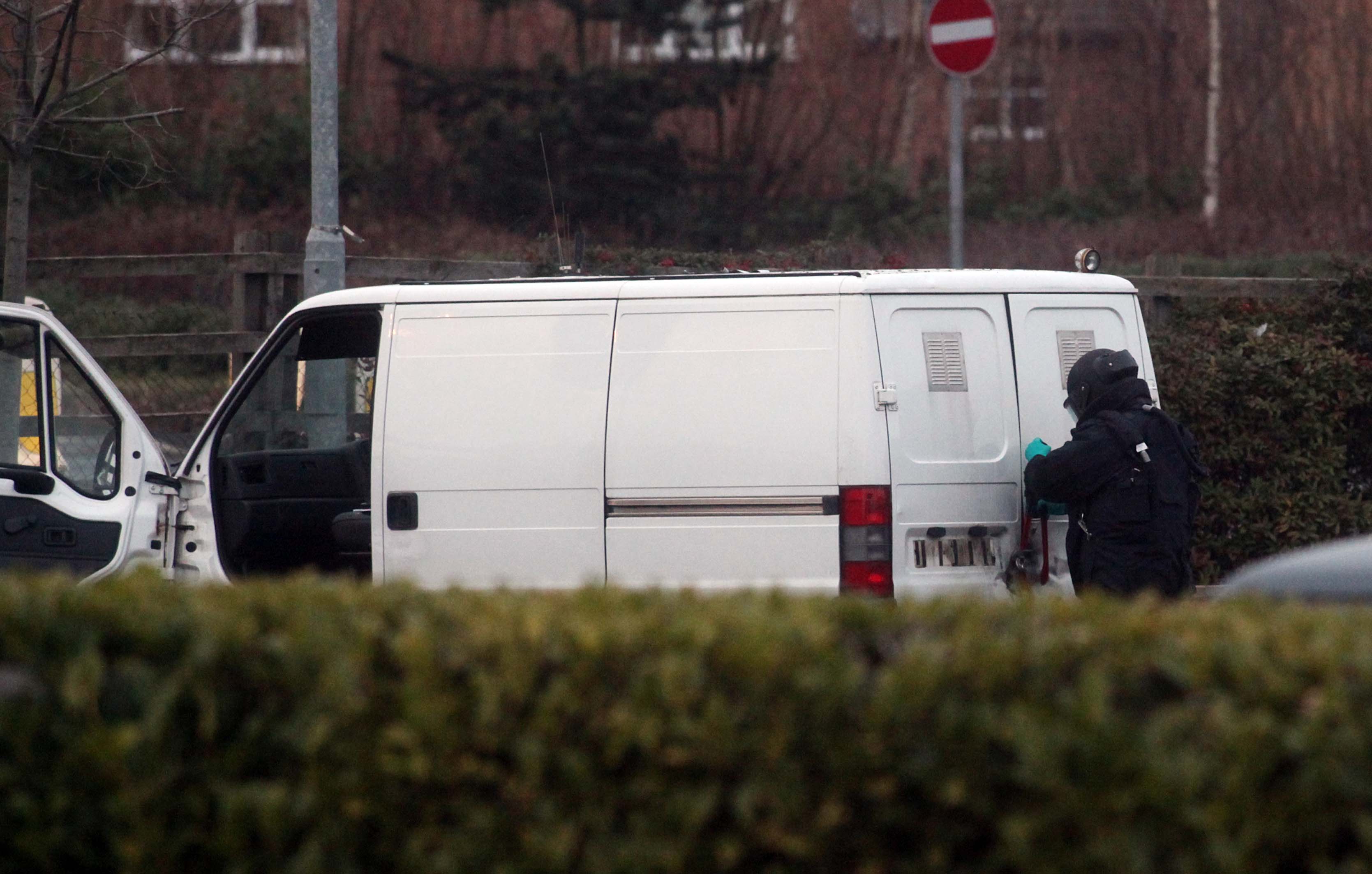 HUNDREDS of shoppers were forced to evacuate a Tesco store after a device believed to be a bomb was found strapped underneath a car close to a store which sits a few miles from the headquarters of the SAS.

Police were called to the superstore on Belmont Road, in Hereford, shortly before midday yesterday to reports of a suspicious package inside the car parked close to the store’s petrol station.

Upon arrival, they immediately evacuated the store, sending hundreds of concerned shoppers spilling onto the streets.

A Bomb disposal squad was dispatched to the scene, and yesterday afternoon a robot could be seen working underneath the white van and carrying out controlled explosions.

Frightened local, farmer Fred Lewis, 55, said: “I was about to go in to go shopping and everybody was piling out. I thought it was a bit busy for this time of day but it was just everybody evacuating. Nobody knew what was going on, it was pretty scary.”

Independent councillor, and concerned resident, Glenda Powell, of the Belmont ward, added: “The store and car park have been cordoned off because there’s a bomb scare, a package has been found. Army bomb disposal are there at the moment.

“It’s very scary, the police told me they couldn’t tell me anything about it. There’s a petrol station that could go up and loads of houses around the area, I was going to walk past that area later, I won’t be doing that now.

“I’ve lived in this area for 36-years and I’ve never heard of anything like this happening. I’m shocked. You don’t expect that kind of thing to happen around here.”

Her colleague, and fellow independent councillor, Phillip Edwards added: “There are three housing estates in that area, the Tesco is on one of those so there’s 10,000 people in that area. It’s very concerning.”

The store sits just seven miles from the SAS headquarters at Credenhill.

A spokesperson for West Mercia Police, said: “A man has been arrested on suspicion of possessing an offensive weapon. We are still treating the package as suspicious and bomb disposal crews have been called in.

“Police were alerted just before 12pm to a report of a suspicious package in a vehicle in the car park.

“At this time, the store and petrol station are closed and members of the public are asked not to visit the location.

“There are currently no road closures in place and no residential properties have been affected by the incident.”

A Tesco spokesperson said: “It’s early days at the moment but the safety of our staff and customers is of paramount importance to us at this stage.”

POLICE put a one-mile roadblock in place around a Tesco store where a suspected bomb was found strapped to a van in the car park.

The blockage caused traffic chaos in Hereford centre as motorists hoping to travel along the A465 where the store is located had to use alternative routes, plunging the historic city into a chaotic gridlock.

Police bomb disposal teams were called to the site and could be seen using robotic equipment to examine the white van.

Members of staff outside the store said they had not been allowed to leave since it was evacuated at around midday yesterday.

One, who would only give her name as ‘Stacey’, said staff were frustrated at the lack of info they received.

She said: “They’ve just told us to stand out the back here and not say anything.

“It’s been hours now, I could’ve been at home ages ago.

“We’ve got no idea how long they’re going to keep us out here.”

Those gathered outside the back of the store were taking it in turns to sit in a car with its engine switched on in order to stay warm.