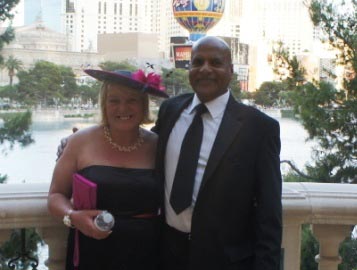 A POLICE officer discovered the bodies of his murdered mother and father at their home in Birmingham, it has been confirmed. 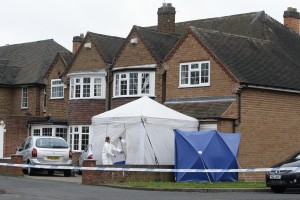 Carole and Avtar Kolar’s son, a serving police officer with West Midlands Police, made the grim discovery this yesterday morning after the pair failed to respond to their attempts to contact them.

Described today/yesterday (WED) as ‘loving parents’ Mr and Mrs Kolar, aged 62 and 58, who had been married for forty years, were found dead at their semi-detached home in Handsworth, Birmingham after being subjected to a brutal assault.

At a press conference in Birmingham, police confirmed that the couple died as a result of their injuries but would not be drawn on the cause of deaths.

They also refused to say whether a murder weapon had been found.

Police said there was ‘nothing to indicate’ at this stage that the couple were targeted because their son was a officer but that they were keeping an open mind as to the motive.

Det Supt Richard Baker, leading the investigation, said that the Kolars were a close-knit family, and that Carole and Avtar would frequently help their four grown-up children with childcare arrangements.

He said: “They are a very close, loving family, that is really quite evident from going round and visiting them this morning.”

The alarm was raised after the couple, who were last contacted at 7.15 pm yesterday/ on Tuesday, failed to respond to calls.

He would not reveal the rank or name of the Kolar’s son.

He said: “The family are going through a really difficult period at the moment and I cannot release any specific personal details.”

Though det supt Baker admitted that the police currently had no suspects, he added that the key to finding those responsible lay with the local community, where the couple had loved for most of their lives.

He added: “The motive is still unclear, at this moment in time we have no suspects at all.

“We are keeping an open mind around motive and around numbers of offenders.

“We are keeping an open mind as to what the weapon was.”

Detectives from the Force CID, forensic specialists and local neighbourhood officers are at the scene today carrying out significant house to house, CCTV and forensic enquiries.

Forensic officers at the scene will start on the outside of the property before working their way inside overnight.

Det supt Baker said: “At the moment the scene obviously has a huge amount of forensic opportunities for us.

“It is vital in these investigations that we take every opportunity to receive any evidence we can.”

The couple’s other son, also called Avtar, was said to be too upset to talk by neighbours at his house in the Kingstanding area of Birmingham.

Their daughter Marie was not at her Quinton home when reporters called by.

One thought on “Double murder in Birmingham”