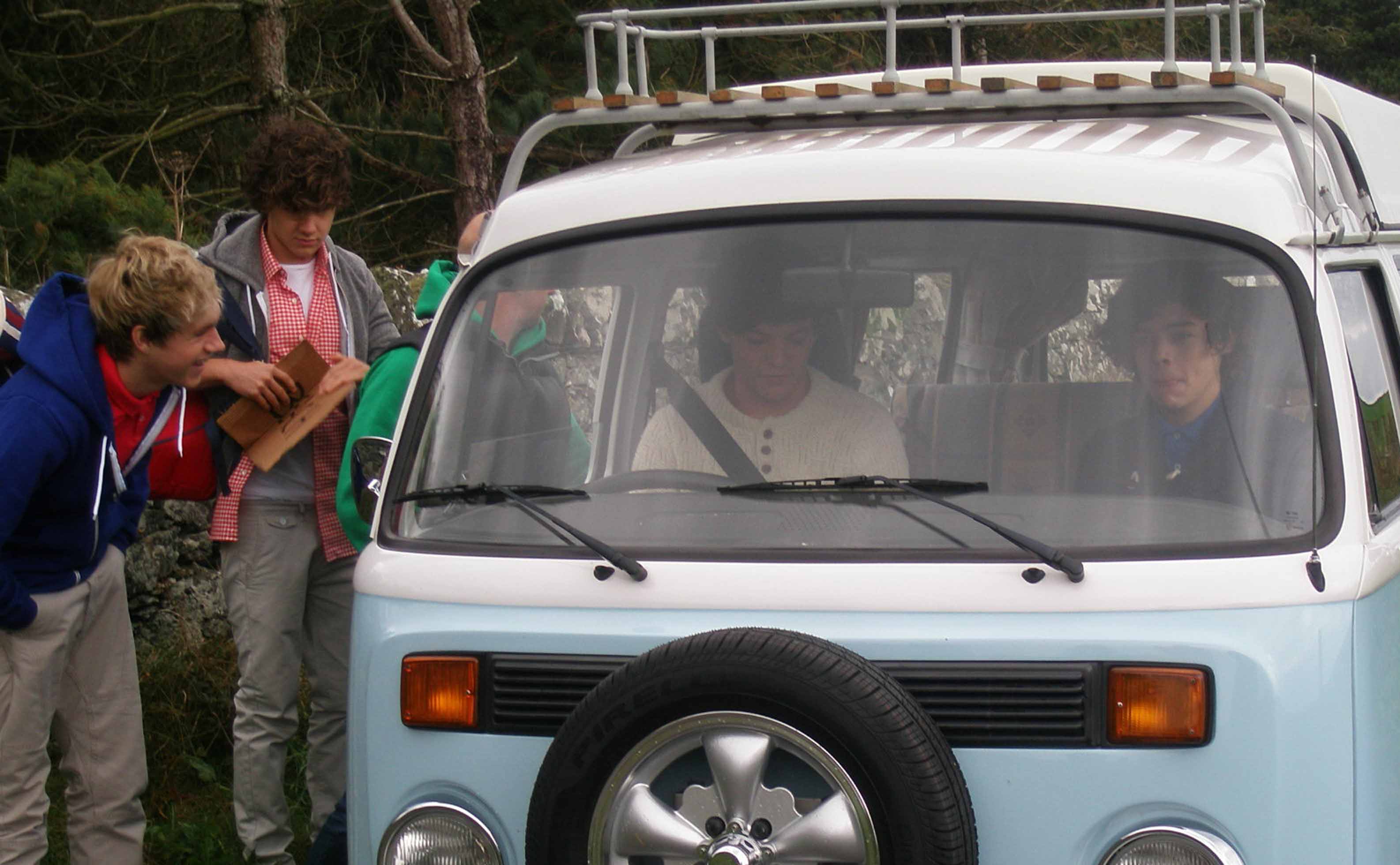 THEY are more accustomed to sun-kissed beaches and bikini babes but teen boy band One Direction seem a long way from cracking America after being spotted in a campervan in rainy Wales.

After conquering the UK pop charts in 2011, worried fans were left wondering if these latest cash-strapped pictures meant the five popular lads had cancelled their plans for cracking the US.

The group have already announced an 11-date tour supporting American band Big Time Rush in February and fly out to the states on band mate Harry Styles 18th birthday. 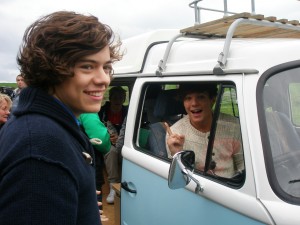 But the former X Factor contestants’ obsessed army of fans need not worry, the boys are still looking to conquer the US and had only hired out the Volkswagen van for a day’s filming in a village near Anglesey, in North Wales.

The lads were captured on camera by Zach Guilar, from the Celtic Camper Company, after they hired out one of his bay window campervans and used it to make the film for the opening video at gigs on their nationwide tour.

They are seen driving around in the campervan before stopping at a beach to surf and Mr Guilar, who is one of the Celtic Camper Company directors, is the envy of teenagers up and down the country after admitting he was on the film set with the boys earlier this year.

“We get lots of professionals wanting to hire the vans such as doctors, lawyers or solicitors,” he said.

“But they were the first band to hire out one of our campervans. We met the boys and they were lovely. It was a good day.
“It was really strange to see our vans on there.”
Mr Guilar has five campervans, including the 1973 bay window version used by the boy band, and astonished onlookers had to do a double-take when they saw the chart-toppers in their sleepy village.
“I couldn’t believe it when I saw them messing about down by the beach,” said A-Level student Louise Chapman, 17, who lives on Anglesey.

“One Direction are amazing, they’re my favourite band, I’ve got t-shirts with their names on and have seen them live twice.

“I’ve never stayed behind at a gig to wait for them but this was like my own private audience with the boys, word spread that they were on Anglesey but there was probably only 20 or 30 people there.
“They seemed so down to earth, they were smiling and messing around for the camera and spend time signing autographs for us fans.
“Harry is my favourite and he kissed me on the cheek. It was over in a second but I don’t think I’ll ever forget it – I certainly won’t wash it for a while.”