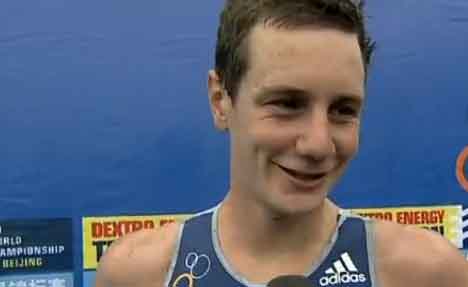 Just six months before world champion triathlete Alistair Brownlee is due to race in the Olympics, he has suffered an Achilles injury.

However the 23-year-old is sure that this won’t hinder his gold medal ambitions for London 2012.

Brownlee will be wearing a protective boot, an Aircast Walker, for the next month whilst his injury heels. However he is still planning on competing at the San Diego World Triathlon Series in May, which his coach is confident he’ll be back on top form for. 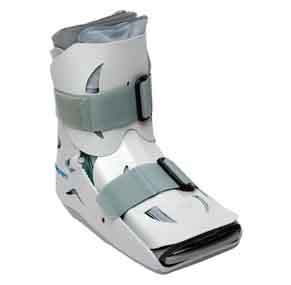 “I felt pain in my calf and ankle. Alarm bells sounded.

“It’s hard to put into words just how frustrating it is not being able to train. For me it is the loss, for a month at the very least, of the thing I love.

“This is not just a job for me, it’s my passion, so the setback has hit me hard.

“It’s hard to tell at the moment but if I can get this boot off quite quickly and get training, I have plenty of time to get myself fit.

“I’ve shown before that I can return from injury to championship-standard competition in the space of a month.

“However, I won’t be overdoing it in training to make up for lost time as that can be very dangerous – I’ll just return at my own pace.”

His coach, Malcolm Brown, added: “Alistair has a small tear in his left Achilles tendon and is wearing an air cast as a precaution.

“Obviously this isn’t an ideal situation, but I can say that this has been his best winter’s training, probably ever. We had scheduled a break from training at the end of the winter period anyway, so I am not overly concerned at this stage.

The Aircast A60 Ankle Brace is available from www.physioroom.com.